When they asked Willie Sutton, the infamous bank robber, why he robbed banks, he replied, “Because that’s where the money is.” With Alzheimer’s being a rising public health concern affecting millions of people globally and costing billions of dollars annually, the ‘money’ is clearly in finding an effective treatment and cure for Alzheimer’s disease.

Ironically, Sutton’s infamous quote evolved into Sutton’s law, now used as a metaphor for determining the most likely medical diagnosis, rather than wasting time and money investigating every conceivable possibility. Sadly, Sutton’s law has physicians diagnosing Alzheimer’s at a rapid clip. The World Health Organization reports that globally over 50 million people have dementia, with about 10 million new cases every year. Alzheimer’s disease, being the most common form of dementia, is approximately 60–70% of cases. In the United States, Alzheimer’s disease and other dementias will cost the country $305 billion, rising to as high as $1.1 trillion by 2050, reports the Alzheimer’s Association.

According to the Alzheimer’s Association’s research report from July 16, 2020, there are 121 agents in clinical trials for the treatment of Alzheimer’s disease – 29 agents are in 36 Phase 3 trials, 65 agents are in 73 Phase 2 trials, and 27 agents are in 27 Phase 1 trials. Twelve agents in trials target cognitive enhancement and 12 are intended to treat neuropsychiatric and behavioral symptoms. There are 97 agents in disease modification trials.

In the U.S., the drugs that are currently approved for the treatment of Alzheimer’s disease may temporarily improve symptoms, either by increasing the amount of chemicals called neurotransmitters in the brain or by blocking certain receptors in the brain from excess stimulation that can damage nerve cells. The effectiveness of these drugs varies from person to person and, unfortunately, is limited in duration.1

There are no approved pharmacologic treatments available for Alzheimer’s disease that will slow or stop the damage and destruction of neurons that cause its symptoms. Management of patients in these three indications costs the healthcare system billions of dollars. A well tolerated drug that can bring significant clinical benefit, improve the quality of life of patients, and reduce the cost of patient management will most likely be approved for reimbursement by government healthcare agencies and insurance companies.

NervGen Pharma Corp.’s core technology targets protein tyrosine phosphatase sigma (“PTPσ”), a neural receptor that impedes nerve regeneration, remyelination, plasticity and autophagy. Inhibition of the PTPσ receptor has been shown to promote regeneration of damaged nerves, remyelination, increased plasticity, and to promote autophagy, resulting in the improvement of nerve function in animal models of both acute and chronic nerve damage. Our lead product is NVG-291 which we are developing for multiple sclerosis, Alzheimer’s disease, and spinal cord injury.

Just as we are seeing innovation in the biotech industry with new treatments and vaccines for COVID-19 and big pharma partnerships, it is also developing treatments that will slow or stop Alzheimer’s disease neural damage.

The pharmaceutical industry is supporting innovation from the biotech sector with big deals. For example, AbbVie, a global pharmaceutical company, paid over $200 million in cash with a $20 million equity investment to align with Alector, a biotechnology company, to generate new Alzheimer’s disease drugs. Takeda Pharmaceutical, a global biopharmaceutical leader headquartered in Japan, made a large equity and cash investment with Denali Therapeutics, a San Francisco-based biotech company, to develop and commercialize up to three specified therapeutic product candidates for neurodegenerative diseases, including Alzheimer’s.

While a series of clinical failures over the past decade has resulted in some large pharma companies pulling away from supporting emerging Alzheimer’s medicine, the neuroscience sector still managed to attract $1.5 billion from venture capitalists in 2018. As the biotech sector is comprised of predominately small emerging companies, it is important for the sector’s pipeline of innovative treatments to be supported by their large pharma partners, venture capitalists, and other investors so that small therapeutic-focused companies will be successful in translating novel drug candidates into approved medical products for patients.

Thanks to the advances from biotech and big pharma, the ravages of the pandemic will soon be a distant, bad memory. The diminished memories of those afflicted with Alzheimer’s may someday be improved or restored as we turn our global collective attention to pharmacologic treatments to slow or stop the damage and destruction of this awful disease. 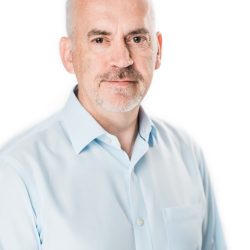