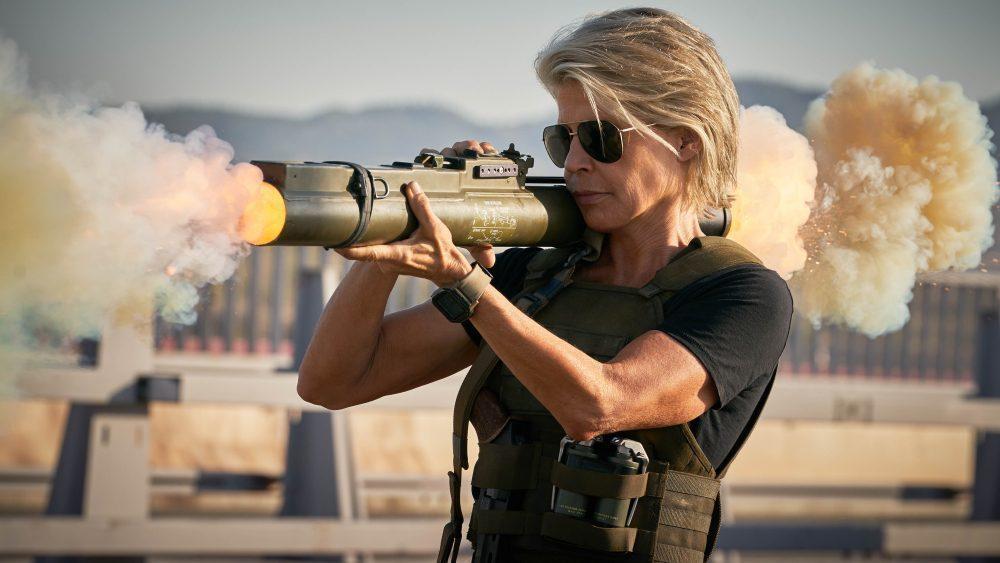 Terminator: Dark Fate wasn’t the triumphant return-to-form longtime fans of the franchise needed to get excited about the world of Skynet again. After three less than well-received Terminator sequels, it was an evident case of franchise fatigue when the Tim Miller-directed and James Cameron-produced sequel underperformed at the box-office. To date, the action movie has made just shy of $250 million at the worldwide box-office with a production budget of $185 million. The talent, resources, and quality were all there for success, but Terminator: Dark Fate failed to connect with audiences.

Is there a “beef” between Miller and Cameron?

Like almost any major Hollywood project, its production wasn’t without creative disagreements. From the sound of it, things got heated between Miller and Cameron. When recently asked if there were any serious artistic debates, “I would say many,” Cameron responded.

“And the blood is still being scrubbed off the walls from those creative battles. This is a film that was forged in fire. So yeah, but that’s the creative process, right?”

It was the polar opposite experience he had on this year’s overlooked Alita: Battle Angel, another movie he produced that underwhelmed at the box-office. Director Robert Rodriguez wanted to stay close to the script Cameron had written for the manga adaptation, while director Tim Miller wanted to make his own movie with Terminator: Dark Fate, not a James Cameron movie.

Miller, who had only directed Deadpool before working with Cameron, recently confirmed their collaboration wasn’t without serious disagreements. They were serious enough, in fact, Miller came out and said he wouldn’t collaborator with Cameron ever again. He didn’t mince words when speaking to KCRW about his experience on the film. “No,” he responded, when asked if he’d work with Cameron again, “but it has nothing to do with whatever trauma I have from the experience, it’s more that I just don’t want to be in a situation again where I don’t have the control to do what I think is right.”

The disagreements were often over lines of dialogue, which Miller thought were “poetic” and “beautiful” but Cameron saw little purpose to them. At the end of the day, the Deadpool director had less creative power than director of Aliens and Avatar, who had final cut on the movie. Cameron and producer David Ellson had final say, not Miller.

It wasn’t an ideal experience for Miller, and in the future, he wants more creative control over a movie with his name on it. After all the behind-the-scenes drama and the movie’s box-office performance, though, Cameron and Miller aren’t creative enemies or anything along those lines. Recently, Cameron even reached out to Miller to clear the air. “I just got an email last week from Jim,” Miller added, “who said, ‘I know we clashed a little bit. I put it all down to two strong, creative people with differences of opinion and I think it made the movie better. I’ll be back in L.A. in December. Let’s go get a beer.”

The director is still processing the experience, but he remains proud of his sequel, as he should. Terminator: Dark Fate is a very solid action movie with a propulsive chase harkening back to the early beginnings of the franchise and dynamite performances from the returning cast, Linda Hamilton and Arnold Schwarzenegger. Even though the goods were on-screen, audiences failed to show up.

Why did the movie bomb? Well, according to Miller, a book could be written about that, but he credits it to the last three Terminator movies, which exhausted audiences and distanced them from the franchise. It’s hard to get too excited about another sequel when the last three weren’t anything to write home about. Terminator: Dark Fate left the door open for more sequels, but for now, it looks like that door will remain closed for a long time.