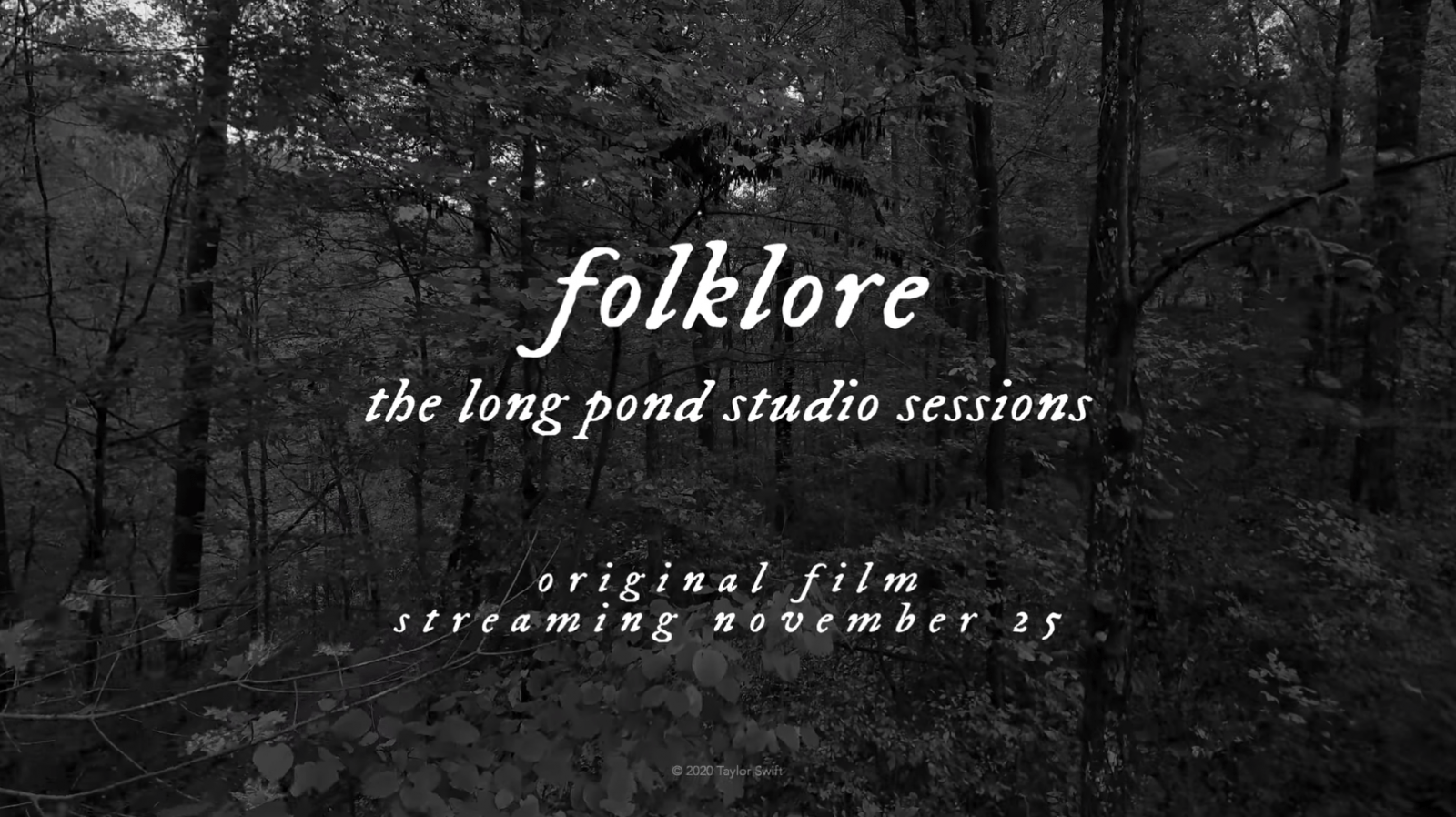 Taylor Swift Has a New Concert Film Coming to Disney+, Here’s What We Know

Taylor Swift announced this morning that she has teamed up with streaming service Disney+ for another, special concert film venture.

Folklore: The Long Pond Studio Sessions takes a behind-the-scenes look at the songs featured on Swift’s latest album, Folklore and how it came to be; the singer-songwriter will also perform songs from the album in what has been described as an “intimate concert” session.

In her announcement across all her social media, Swift alluded to her lucky number 13, as well as her song “Exile” to reveal the big surprise.

“Well it’s 11/24 and 24-11=13 so I’ve got an announcement. You haven’t seen this film before. folklore: the long pond studio sessions will be out tonight at midnight PST on @DisneyPlus! #folkloreOnDisneyPlus”

The film will be available starting tomorrow, Wednesday, November 25 at 12:01AM PST on Disney+, along with a Folklore: The Long Pond Studio Sessions album counterpart dropping on music streaming service at the same time.

Coming Together for ‘Folklore’

Folklore dropped suddenly in July as a surprise. Swift and her friends and collaborators, Jack Antonoff of Bleachers, Aaron Dessner of The National and Justin Vernon of Bon Iver, secretly recorded the album at the peak of the COVID-19 pandemic; the recordings also took place with social distancing in mind, with thousands of miles separating each of them.

In the trailer, she calls the album one that allows you to feel your feelings and it’s a product of isolation. Talking with Aaron Dessner, she says that this time [during the pandemic] could have been one where she “lost her mind” but instead the album helped keep her afloat like a floatation device. She goes on to say that she’s happy that they made Folklore because “it turned out that everybody needed a good cry, as well as us.”

Swift told Good Morning America that as Folklore was made while in isolation, the filming and recording of the studio sessions marked the first time everyone saw each other in person since working on the album.

“…Aaron Dessner, Jack Antonoff‎ and I never saw each other while we were collaborating and creating the album. But we got together at Long Pond studio and for the very first time got to create this music together, play through it, talk through it.”

This film also isn’t Swift’s first go-around with the Disney+ streaming service. Following the release of her Netflix documentary, Miss Americana, she teamed up with ABC to release her City of Lover concert film, which was later available to stream on Disney+ and Hulu from May 18 until June 17.

City of Lover showed Taylor Swift performing at the L’Olympia Theater in Paris, France. The special, intimate show had fans from 37 countries coming to see her sing songs from her seventh studio album, Lover. This concert also marked Swift’s only performances of songs from Lover; she cancelled her Lover Fest music festival tour due to the COVID-19 pandemic.

In addition to the reveal of Folklore: The Long Pond Studio Sessions, the last few days have been jam-packed for Taylor Swift. Last week, she revealed that she is in the process of re-recording her first six albums, following the selling of her original masters by Scooter Braun.

She also won the top prize at this year’s American Music Awards, held this past Sunday; she took home the title of Artist of the Year, as well as Favorite Female Artist and Favorite Music Video for “Cardigan.”

To round everything up, Swift received six Grammy nominations for Folklore this morning.