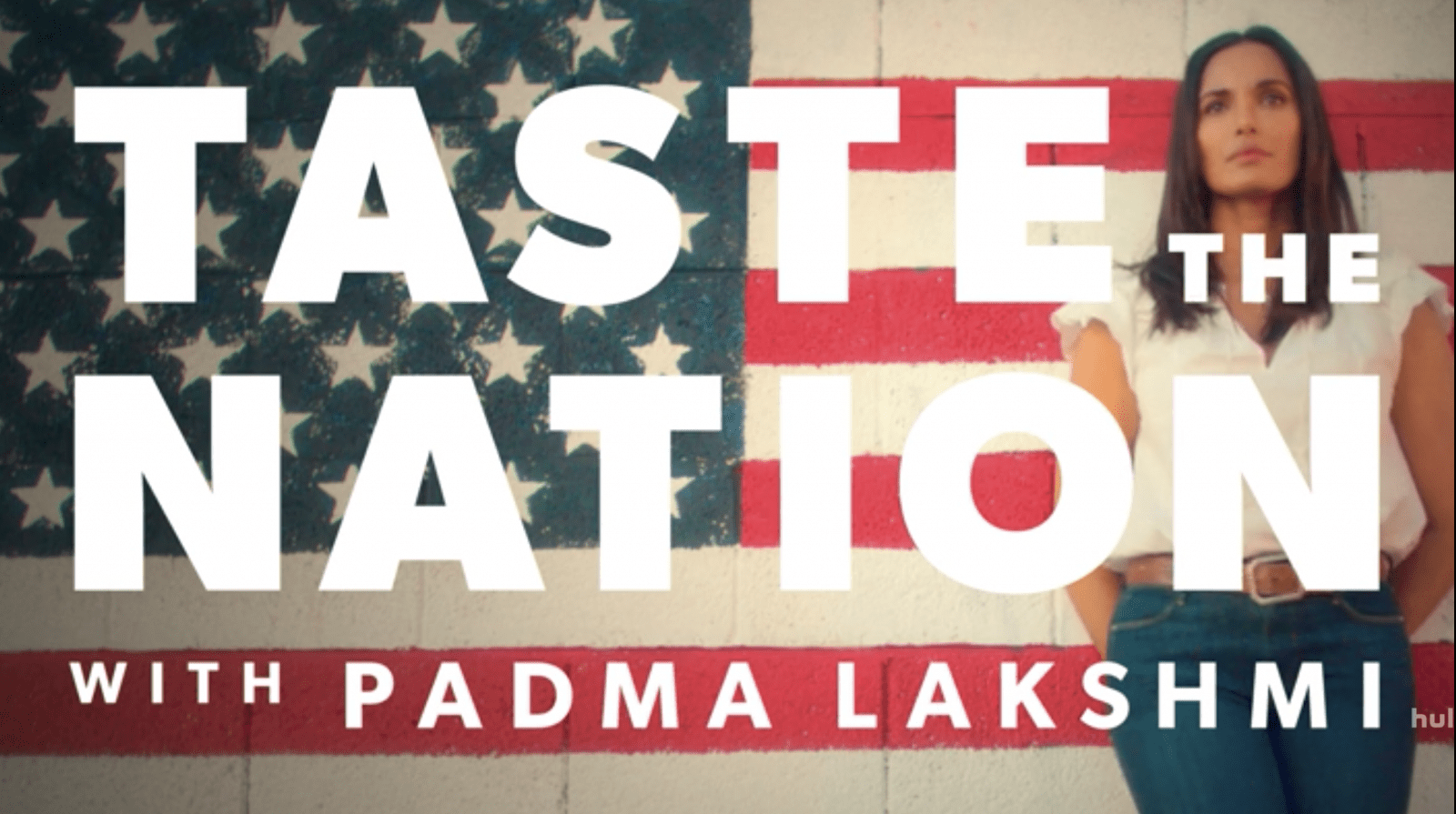 The Power of Padma Lakshmi’s ‘Taste the Nation’

Taste the Nation is about food and travel, but more than that, it’s about culture. In Hulu’s latest documentary series, Padma Lakshmi of Top Chef fame travels around America tasting food from all of the different cultures that weave together to create the nation.

The Cultures in The Nation

The show begins with the borderlands and Mexican food. Lakshmi then moves through various different foods and cultures, including her own cultural connection to Indian food. Lakshmi explores some familiar foods, like Bay Area Chinese food and German hot dogs. She also tastes others I’m ashamed to say I’ve never tried, like Native American food or the cuisine of the Gullah Geechee.

Taste the Nation views America through an essential perspective, that of the immigrant. The show deals extensively with the idea of how food connects us to our “tribes”. Every place Lakshmi visits and every cuisine she samples goes to show how we relate to culture through food.

Looking from the immigrant perspective, this cultural documentary series deals with the racism that immigrants in America have to contend with. It also explores how food has helped them blend their parent’s culture with their new American home. The message throughout all ten episodes was consistent and clear, and it was all about uniting through food.

The Art of the Food

It’s obvious in watching this documentary series that Lakshmi has a deep appreciation of food. The way she talks about flavors and tastes is so fascinating. It makes me seriously miss going out to eat. I am so sick of my own cooking. This kind of connection with food is so amazing, and it reminds the viewer to enjoy every bite and really connect with not just the food, but the culture behind it.

Taste the Nation evoked an emotion that has been missing from cooking shows since the passing of Anthony Bourdain. No cooking or travel show has touched on this kind of deep exploration of food and culture in such an artful fashion since his passing. Although, Taste the Nation has a much more uniquely American and immigration focused perspective.

If you find yourself missing Bourdain and his culinary adventures, I highly recommend tuning into Lakshmi’s latest project. It’s both comforting and educational. It’s inspiring and appetite-inducing. Taste the Nation sparks hope for unity in a broken culture through food, and tolerance for other cultures and shared experiences.