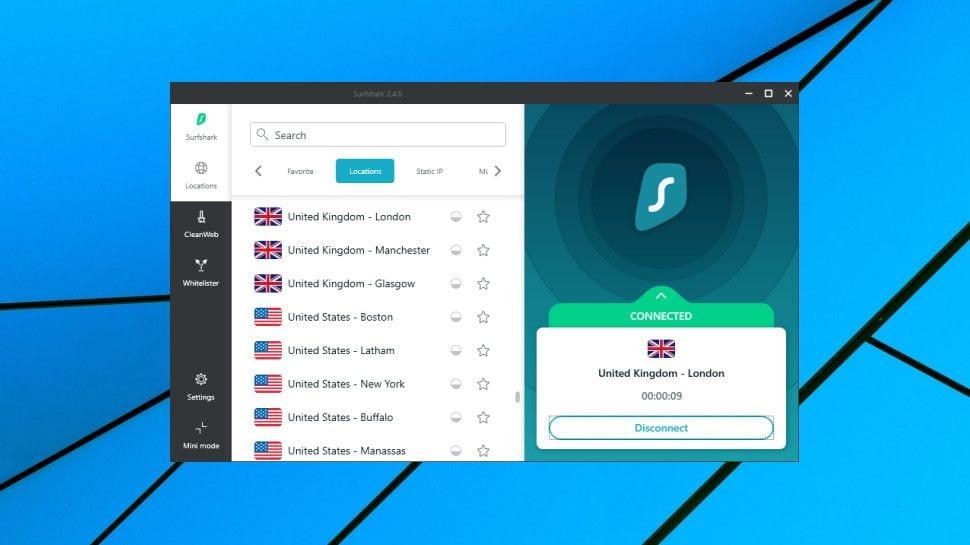 With Streaming Becoming More Prevalent in 2020, You Better Be Connecting to the Internet With a VPN

Today’s age of entertainment and media has gone completely digital. With every major cable provider now rushing to release its own native streaming platform, the fight to win customer’s loyalty on choosing their new “streaming package” becomes more aggressive—domestically and abroad.

Consequently, all streaming opportunities aren’t created equal. For those who reside abroad, the ability to stream certain content isn’t the same as those residing in the United States. Additionally, 2020 is the year of accountability for our tech giants who hold onto the world’s most valuable asset—data.

In today’s age of data breaches and security exploits, personal security and privacy is all the more necessary, especially when streaming content online. For this reason, it’s important for individuals who live abroad and/or travel frequently internationally, to consider using a VPN provider, or a Virtual Private Network.

A VPN is a service that allows you to access the internet, as if you were connected to a private network—anonymously and from any location. So, to bring the idea home—if you live in a region where your online content is restricted, a VPN essentially allows you to bypass that region-specific content (cough, China, cough) on the Internet. So, yes, you can watch Schitt’s Creek all the way from India or Russia—if you so choose.

Why You Should “Turn On” Your VPN

When you switch on or “Turn On” your VPN, it creates an encrypted tunnel between your computer and a server that is operated by the VPN company. By streamlining all of your web traffic through this tunnel, it effectively hides your IP address (your computer’s social security number), and makes it appear as if your traffic is coming from the VPN’s server (geographically spread out), rather than your computer which is potentially subject to region-restricted content. This essentially makes it harder for third-party advertisers or others to track your activities online.

Also, this helps minimize and/or almost entirely rids the ability for internet service providers (ISPs) to sell your anonymized data for a profit.

If you are one of those individuals who streams online through an Amazon Firestick, which is known for allowing that open-source / third-party download option (assuming you understand you’re accepting the risk for whatever may happen or result from those downloads), you should probably be using a VPN, regardless of where you live.

Just last week, CNET released its list for “Best VPN Services in 2020,” which includes well-known VPNs such as ExpressVPN, IPVanish VPN, NordVPN, and many others.

However, one VPN that we believe to be up-and-coming and is brand new is Surfshark.

What is most attractive about Surfshark, is the ability for you to add an unlimited number of devices to one account—whereas most of these other VPNs have a cut-off after a certain number of connections (usually five). But why is that?

The company offers over 1000 servers—yet others like ExpressVPN and NordVPN range from 3,000 to 5,200. However, it’s important to note that more servers doesn’t necessarily equate into better performance—the number of servers simply reflects how many subscribers a company servers.

Doesn’t Matter Where You Are, As Long As You’re Connected

No Room for Data Breaches With VPNs

As we’ve mentioned, regardless of where you are (domestic or abroad), it’s never a good idea in today’s digital age to connect “directly” to the Internet. And the data breaches surrounding antivirus and security giant Avast and NordVPN are proof of that.

Last year, antivirus and security giant Avast and NordVPN disclosed months-long intrusions that shared a common cause, according to Brian Krebs — forgotten or unknown user accounts that granted remote access to internal systems with little more than a password.

NordVPNs data breach, which happened in March 2018, unfortunately, was down-played by the company, said that “while the attackers could have used the private keys to intercept and view traffic for some of its customers’ traffic, the attackers would have been limited to eavesdropping on communications routing through just one of the company’s more than 3,000 servers.”

“The server itself did not contain any user activity logs; none of our applications send user-created credentials for authentication, so usernames and passwords couldn’t have been intercepted either. On the same note, the only possible way to abuse the website traffic was by performing a personalized and complicated man-in-the-middle attack to intercept a single connection that tried to access NordVPN.”

But why wait so long to report the intrusion?

“When we learned about the vulnerability the datacenter had a few months back, we immediately terminated the contract with the server provider and shredded all the servers we had been renting from them,” the company said. “We did not disclose the exploit immediately because we had to make sure that none of our infrastructure could be prone to similar issues. This couldn’t be done quickly due to the huge amount of servers and the complexity of our infrastructure.”

Which brings us back to the important topic of encryption and cipher security. In cryptography, a cipher is an algorithm for performing encryption or decryption. For more information on ciphers, you can read more here.

Surfshark uses AES-256-GCM, the fastest and most modern encryption method currently available to the market. For the uninitiated, AES-GCM versus AES-CBC comes down to how secure its cipher is.

AES is NIST-certified and is used by the U.S. government for protecting “secure” data, which is why many have begun to adopt the AES as the standard symmetric key cipher of choice. It is an open standard that is free to use for any public, private, commercial, or non-commercial use. AES is a symmetric key encryption cipher—meaning, the same key used to encrypt the data is also used to decrypt it.

In cryptography, GCM, or Galois/Counter Mode is a mode of operation for symmetric-key cryptographic block ciphers widely adopted. For more information on this, you can see a breakdown of how cipher blocks operate and how GCM plays into it here.

With Surfshark incorporating this level of encryption, it allows for peer-to-peer (P2P) transactions, including BitTorrent, along with its own internal ad-blocking tool, called CleanWeb.

One feature we haven’t seen too much with the other providers, which many of our staff uses, is Multihop, a split-tunneling tool that adds even greater security to your connection. With this feature enabled, a VPN connection to a server and then bounces your web traffic to a second VPN server for even greater security.

At the end of the day, you want to make sure you are always connected to the Internet securely and anonymously—because black hat hackers are always looking for new ways into your computer. So don’t give it to them.

For more information on Surfshark, you can sign up for a free-trial here.