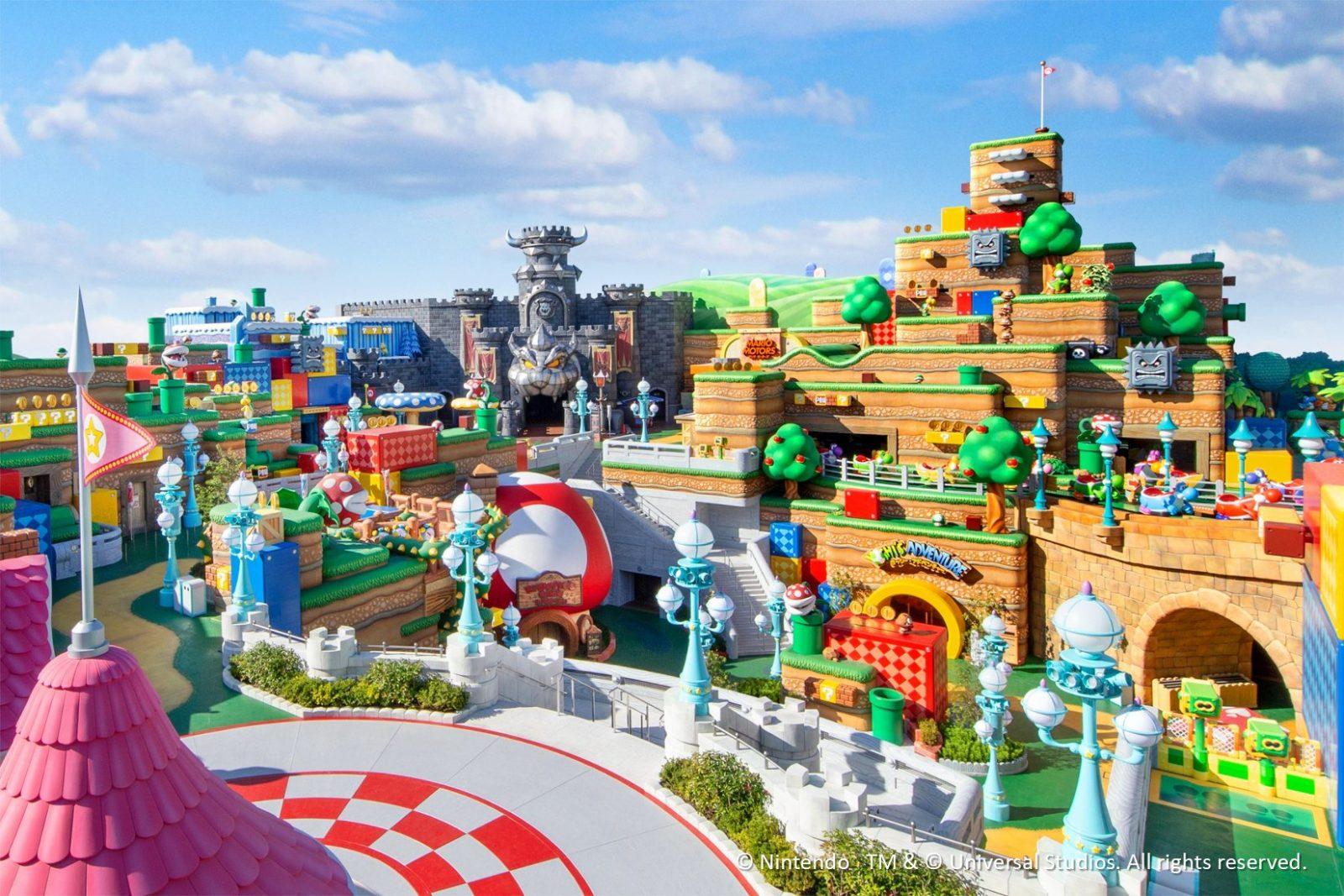 Super Nintendo World is coming to Japan. The theme park will open in February, 2021, and it hails from Universal Studios. The video game-themed theme park based in Osaka now has a trailer teasing the park, which is already exciting fans of Nintendo’s classic characters.

The park cost an estimated $580 million. The park features rides, restaurants, live music, and famous video game characters, including Mario, Luigi, Princess Peach, and other fan favorites. Best of all, there’s a race track based on Super Mario Kart. Bowser’s Castle is the setting. It is a classic map full of hot lava and familiar to anyone vaguely familiar with Nintendo history.

The park will connect with attendees’ consoles and gaming accounts. Similar to Super Mario World, park visitors can collect coins. Electronic wristbands will let visitors collect points, which will award visitors achievements both in their games and in the park. “It’s got food, it’s got merchandise,” Universal Parks and Resorts CEO Tom Williams said. “The first phase will have two rides, Super Mario Kart ride as well as Yoshi’s Adventures. There will be two rides. The whole land is interactive, and you’re going to have a wristband. It’s got the big red Mario symbol on it. It’s – by the way, the wristband is super cool. You slap it at your wrist, and it just snaps on, and it won’t come off. And that allows you to, on an interactive basis, hit – throughout the entire land, which is built on three different levels.”

The park will provide a gaming-esque experience. “And it’s got all the pop – Bowsers, in Princess Peach’s castle and all the different key elements, and you’ll be able to go up and keep score and play with the various games,” Williams added, “and that also translates to a score-keeping capability you choose to do so within the rides and actually interfaces back with your game consoles. So you can build on it and come back again, and it’s really got everything going on.”

There are several Super Nintendo Worlds in the works, including one at Universal Studios Hollywood and the company’s Florida park. There is now doubt over opening the park in Florida now, however, due to the pandemic. Work on the Florida park came to a halt. The virus affected the park in Osaka as well.

Super Nintendo World is one of the biggest theme parks built by its Osaka-based park operator. The park was originally scheduled to open during the summer, but opening day was postponed due to the coronavirus. Osaka is one of Japan’s hotspots for COVID-19 with another recent surge. Despite the pandemic, construction on Super Nintendo World continued.

Nintendo is hoping to expand its classic brand and reach with the park. The video game company, which is based in Kyoto, is opening the park during a tumultuous time for theme parks. Disney, for example, has lost hundreds of billions from park closures and laid off well over 30,000 park employees. As for Universal, the company saw a 94% in revenue from theme parks after shutting down in the spring.

Super Nintendo World has been in the works for many years now. Back in 2014, the new theme parks were first announced. The original idea was to open the park before the postponed Olympics and attract tourists. Now, the country is struggling with how to boost tourism next year.

If you enjoyed this content, consider a Grit Daily subscription.