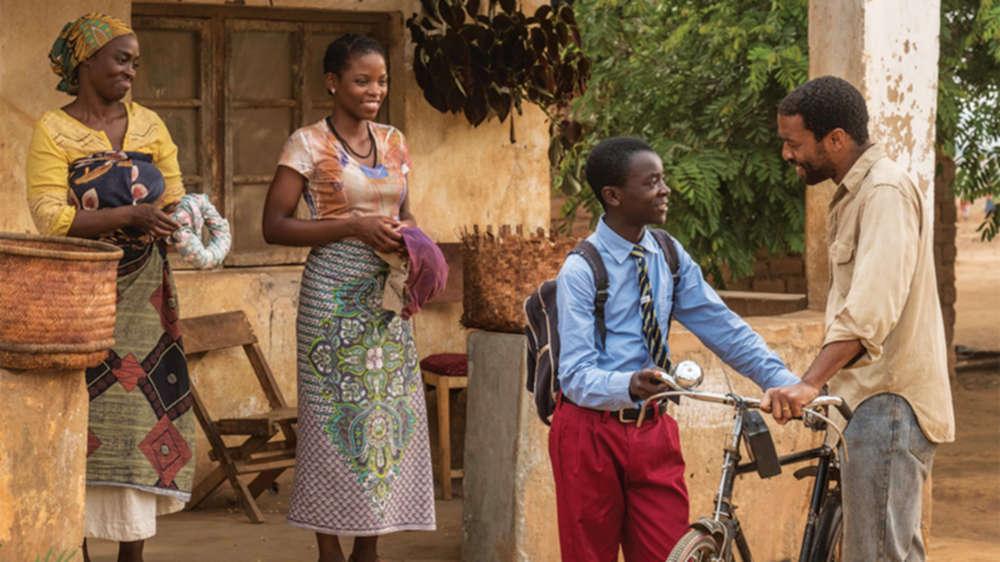 The Boy Who Harnessed The Wind Is A Refreshing, Inspiring Story

When it was announced that Chiwetel Ejiofor (12 Years A Slave) would be making his directorial debut to tell the story of a young Malawian boy who saves his village from famine by inventing a windmill out of an old bike, expectations were high. This is an actor that’s earned a credible reputation for being able to deliver rich performances that truly captivate, but that fell short when transferring to directing skills. However, The Boy Who Harnessed The Wind is still a touching tale unlike anything we normally see.

The Boy Who Harnessed The Wind centers around a young boy, William Kakwamba. His parent’s can’t afford to send him to school because of the draught, so he drops out. His father, Trywell (also played by Ejiofor) is a hard working farmer that can usually provide for his family of five. A draught in their village is causing a growing famine with no end in sight. The water supply left by the rainy season is inaccessible when the water pump for the well breaks. Corrupt governments are refusing to take care of their people, leaving the villagers to fend for themselves. One particularly powerful scene shows a government vehicle coming to deliver grain, only to discover that they did not bring enough, resulting in riots and looting.

Meanwhile, William desperately wants to continue his education. A teacher helps him sneak into the schools library to study on his own. This is where he discovers a book about harnessing wind energy. Early in the film, William builds a radio out of scrap metal he finds around the village. A windmill is a much larger feat, but it’s the challenge he needs in order to push through such a rough time.

The film is based on a true story. The real William accompanied the cast and crew to Sundance to celebrate the premiere of the project over the first weekend of the festival. In an interview with Deadline, Kakwamba said “It’s very exciting to me because at the time that I was writing the book I wanted to reach out to as many people as possible. Having this chance of getting this story into a movie is going to reach more people than the book could have managed to do.”

A story about a rural, impoverished Malawian village is an interesting choice today given the increase of narratives in US mass media speaking against stories like these (Bourdain’s last trip to Nairobi is a testament to this). Portraying African countries as impoverished, undeveloped and dangerous has often led to white savior complexes that beg for the help of westerners in order to save dying children. It’s an often inaccurate portrayal, used to justify volunteer trips that—in reality, do nothing but boost egos. While there is nothing inherently wrong with trips like these, the narrative that visiting poor countries to “humble” yourself only perpetuates the notion that these people cannot exist without the help of a wealthy, often white, savior.

The Boy Who Harnessed the Wind is not a film that is trying to raise any type of awareness. It’s not a film that’s asking for donations or volunteer trips. It’s a beautiful story about a young prodigy, set in an environment that we don’t often see in the western world. While the film itself falls short at times, it’s a story that proves vital to the canonization of diversity in modern media. Ejiofor provides a refreshing, touching take on stories like these—and for that, it’s a must-see.

Netflix purchased The Boy Who Harnessed the Wind last year and plans to release the film on March 1. It will also receive a limited theatrical release throughout the U.S.