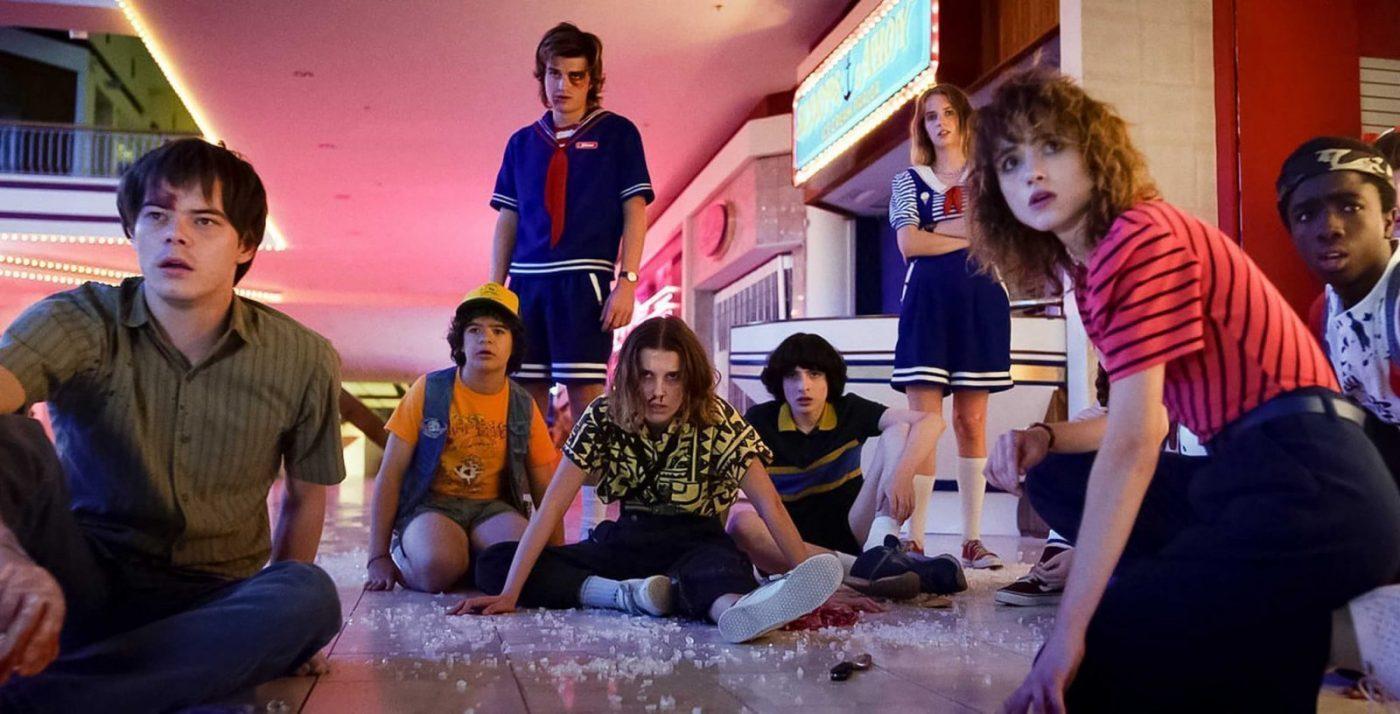 While fans and media outlets have speculated that Stranger Things will be back for a season 4 after its season 3 ending left fans feeling less than satisfied, Netflix has not confirmed the project until today. The streaming company announced on Monday that Stranger Things will be back for season 4, in a deal that brings the showrunners—who go by The Duffer Brothers—to Netflix with a multi-show and film deal that will see them exploring other projects as well. Netflix made the initial announcement in a YouTube video to promote the coming Stranger Things 4.

In the YouTube video, which shows the famous Stranger Things logo flashing on the screen, set to the theme song, a massive number 4 flashes behind the show’s logo before glitching out and switching to black and white. The 45-second clip doesn’t show much or expose much information about the series, but it does give one major hint: season 4 may not feature the beloved characters that viewers came to love within the first three seasons. The screen flashes to black at the end of the video and a grandfather clock dings as the words “We’re not in Hawkins anymore” flashes on the screen. The teaser ends there, revealing little else about when Stranger Things 4 will grace our smart TV’s.

The ending of Stranger Things 3 saw the upside down being accessed through a different part of the world in rural Russia in a secret government bunker that may or may not house Hopper who, according to the series, died during an explosion at the end of season 3. Fans quickly speculated that Hopper never died, and was in fact transported through the Upside Down to a different bunker in another part of the world. Of course, the implication of Russia messing with something that can create big explosions in the 1980’s also set the scene for fans to speculate that Stranger Things 4 will tell an alternative story about Chernobyl (move over, HBO).

New Deal With The Duffer Brothers

Regardless of what happens in Stranger Things 4, fans will be pleased to hear that the story did not end with Hopper’s tragic death. The arrival of a fourth season has long been speculated to be its final season, which Netlflix has neither confirmed nor denied to this day. ““The Duffer Brothers have captivated viewers around the world with Stranger Things and we’re thrilled to expand our relationship with them to bring their vivid imaginations to other film and series projects our members will love,” said said the Chief Content Officer at Netflix, Ted Sarandos in a statement released to the press. “We can’t wait to see what The Duffer Brothers have in store when they step outside the world of The Upside Down,” reads a statement released by Netflix on Monday.

The company has not announced an official release date for the new season (considering it hasn’t started making it yet). However, the multi-year deal with The Duffer Brothers, twin brothers from North Carolina with an affinity to science fiction and the 1980’s film era, will see a slew of new Netflix Originals to come from some of the most beloved showrunners in Hollywood today. Stranger Things has been one of Netflix’s most successful series to-date—if not the most successful original series to-date. Even if season 4 is the show’s last, Netflix is sure to deliver more heavy hitters in collaboration with the creators that brought the Upside Down to life.

Published in Cyberspace and Technology, Entertainment, Film and Life