Over the past few months, I conducted interviews with several startup founders who told me that they had either started their company with a family member, or employed one in a key role. That got me thinking. Wouldn’t it be fun to do a feature on startup that in some form or another, are keeping […]

Over the past few months, I conducted interviews with several startup founders who told me that they had either started their company with a family member, or employed one in a key role. That got me thinking. Wouldn’t it be fun to do a feature on startup that in some form or another, are keeping operations all in the family? So here we are. Spoiler alert: just like in familial relationships, working together is not always smooth sailing.

Rob and Jon Sadow spent their teenage years in Atlanta commuting over 25 miles to high school each day, often planning their entire schedules around their 1.5 hour-plus drive. By the time they graduated, the brothers understood how the stress of commuting could negatively impact their happiness, health and productivity — even before they actually worked in an office.

In 2014, the brothers left their respective jobs — in consulting at Bain and in product management at Google — to found Scoop, which in August raised $60 million.

Rob and Jon teamed up to tackle the commuting issue by building a solution aimed at making carpooling “a viable alternative for the more than 100 million Americans who commute to work every day,” over 80 percent of whom drive alone, according to Scoop.

San Francisco-based Scoop’s service helps people form carpools with coworkers and other nearby people. Scoop says it has put more than 8 million carpool trips on the road to date, with customers such as LinkedIn, T-Mobile, and Workday.

According to Jon, who serves as the company’s chief product officer and is the younger of the two, the brothers balance each other out in meaningful ways. He’s the more emotional one, while Rob is more reserved and stoic.

“We play off each other’s strengths across the business,” Jon said. Rob’s background in strategy and consulting makes him well-suited for the role of CEO while Jon’s background in product management has come in handy with scaling the technical side of the company.

“Of course, we each have our own weaknesses and areas for improvement,” said Jon, who points out that working with a brother who knows him so well has come in handy. “Rob is often the one who can help me see and understand my own blind spots before anyone else.”

In the early years, team members might have seen the brothers in a heated discussion and assume that something was wrong.

“In reality, we were just hashing thoughts out the way we always have — with open, honest and very direct conversations,” Jon said. “We’re comfortable working together like that because we know each other so well and have unconditional trust between us. It’s probably a more unrestricted way of communicating than typical entrepreneurs might be comfortable with. … As a result, our honesty has inspired and empowered a culture of transparency across the entire company.”

The brothers have also both hired executive coaches, which has helped them understand the best times to conduct themselves more like brothers versus co-founders and vice versa, especially as the company has scaled.

“It’s unusual for most people our age — as their lives take shape — to spend this much time with their family, and we’re incredibly grateful for the deeper relationship we have as a result,” Jon said.

Bloomscape – A Son And His Parents

Justin Mast started direct-to-consumer online plant shop Bloomscape in late March 2018. Mast comes from five generations of horticulturalists on his father’s side (his parents met at a business meeting between families). To say he has a passion for plants is an understatement.

In August 2019, a high-profile group of investors put money into the Detroit-based company’s $7.5 million series A.

As a personal plant enthusiast, Mast had the convenience of asking his mother, who has 40 years of experience with growing, for advice. With Bloomscape, he’s attempting to give his customers the same kind of personalized care.

So Justin tapped his mother, Joyce, to serve as plant program director, also known as the “Plant Mom,” and his father, Rick, to be vice president of supply chain.

Justin insists the hiring of his parents was more about qualifications than any kind of nepotism.

“I brought my parents on board because I felt like they were the best people for the job for what we’ve been trying to build,” he said. “Not only did I grow up in the industry, but they did too, so they both have invaluable experience that was helpful in building up the business.”

The plant industry side of Bloomscape’s business heavily emphasizes strong relationships, according to Mast, and invariably impacts product quality.

“The quality of the plants we can provide to customers is closely related to the quality of our relationships with our growers and partners in the horticulture world,” Justin said. “My parents are both so well respected in the industry so their buy-in and involvement has been critical to our success and quick growth.”

But it’s not always easy, Justin admits. As CEO, working closely with his parents does present some challenges.

“It works because we maintain a high level of mutual respect and check our egos at the door,” he said. “This is a necessary practice for any CEO and leadership team but especially for us as family and I think we’re better off for it.”

CEO and co-founder Melissa Hanna came up with the idea  behind the Los Angeles-based company after seeing her mother, Linda, work for years as a labor and delivery nurse. Linda was one of the first women in the U.S. to become a board-certified lactation consultant and went on to design health giant Kaiser Permanente’s breastfeeding center, a program that was replicated up and down the West Coast. Over the years, Linda expressed frustration at the lack of connective technology in maternal care and with just how much maternal and infant health care in general had been left behind by the tech world.

“We started to realize that maybe this sort of solution wasn’t going to happen unless we built it,” Melissa told me at the time of the seed raise.

So in late 2014, the mother and daughter teamed up to found Mahmee. (Sunny Walia came on board as a co-founder in 2017.) The pair spent about 18 months on R&D before they launched their first product.

Melissa notes that at first, her mother had reservations about forming the company.

“I pitched my mom on the idea before anyone else,” she recalls. “I actually had to convince her to join the team because she initially thought ‘this is too big of an idea.’ I was successful after a couple of tries.”

Also being a mother-daughter founding team presented challenges when trying to raise capital, Melissa said, although she told me she prefers to “not dwell” on this piece of their story.

“It was weird for some investors to fund a mother-daughter team,” she said. “It was pretty atypical for Silicon Valley.”

Years ago, Steve Reilly had to take his daughter to the emergency room, something no parent ever wants to have to do. Thankfully, she ended up ok but only after a misdiagnosis and “a scary few weeks.”

The experience prompted Reilly to consider how the situation could have been avoided. Hence, the idea for Mednition was born. Steve and his brother, Christian, teamed up to build out technology that could help make sure such situations could be avoided in the future.

In September 2019, Burlingame, California-based Mednition, which has developed a machine learning-powered decision support solution for emergency nurses, raised $10 million in a Series A round of funding.

The brothers took the respective strengths and put them to work.

As of September, their platform (dubbed “KATE”) had monitored about 45,000 patients, with about 70 nurses using the solution and treating about 160 patients a day, according to Reilly.

It has also so far reduced the average length of stay in the emergency department for those admitted to the ICU with sepsis, a potentially life-threatening condition caused by the body’s response to an infection, “by over two hours,” he said. It’s also identified about 500 patients that needed to be immediately taken to a bed as opposed to going to a waiting room.

The brothers’ passion for not seeing other patients go through what Steve’s daughter did has had its impact as the company has scaled. 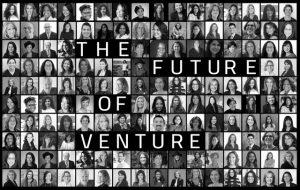 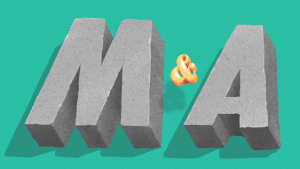 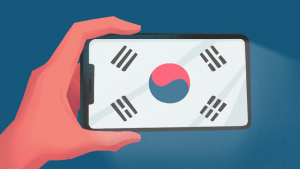 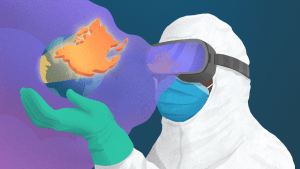 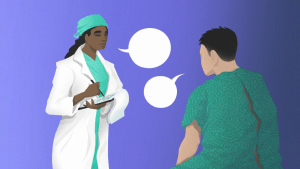