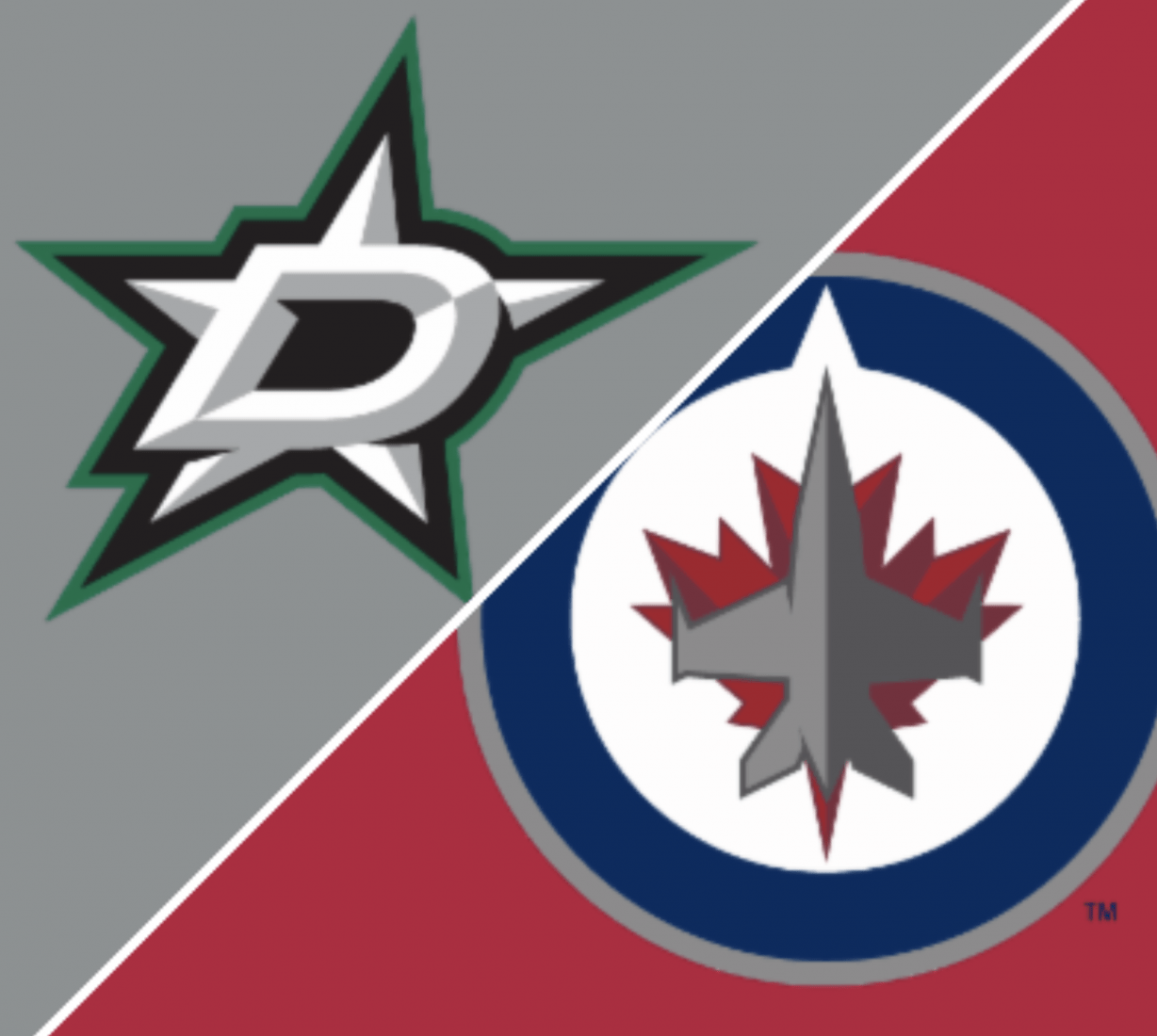 The Dallas Stars have been dominate as of late.  They have won 7 out of their last 8 games after a miserable start to the year, where they only won 1 out of 10 games.

The Winnipeg Jets have started a winning trend of their own lately, having won 3 out of their last 4 games.

Let’s dive into this matchup between these two Central Division foes.

Laine Tees Up a One-Timer on the Power-Play

Patrik Laine of the Jets is known throughout the league as one of the hardest shooters in the game. This was on display in the final minute of the 1st period.

Jamie Benn, captain of the Stars, was found guilty of an interference against Jets’ captain Blake Wheeler. As a result, the Jets were set up with a 5-on-4 power-play opportunity.

The Jets were moving the puck around to the left of goalie Anton Khudobin, when it made its way to the point on Neal Pionk’s stick. He would fake a shot before sending a pass over to Laine. Laine would waste no time releasing it over the glove of Khudobin for a 1-0 lead.

The score would remain 1-0 in favor of the hometown Winnipeg Jets after one period of play.

Dickinson Strips, Steals, and Dishes to Janmark to Tie the Game

The Stars were in need of someone to step up and start taking it to the Jets. Jason Dickinson would be that guy.

Dickinson followed Pionk back into the Jets zone, constantly keeping the pressure on. His relentless forecheck pushed Pionk into the boards, and Dickinson was able to take it away behind the Jets’ goaltender. Mattias Janmark saw this develop, and so he would charge into the zone. Dickinson would feed him a backhand pass, and Janmark would make no mistake. He one-timed it past Connor Hellebuyck, and suddenly, the game was tied.

The Stars were not done with their aggressive forechecking.

Radek Faksa would perform a dump-and-chase behind the Jets’ goaltender. He would meet defenseman Luca Sbisa back there for a puck possession battle. Faksa, using his stick, would chip it up to Gurianov, and he would then chip it up to the blue line where Lindell was waiting. Lindell would blast a shot towards the net, but it was Faksa would would screen Hellebuyck, and deflect the shot past him for a 2-1 Dallas lead.

The Stars took this 2-1 lead into the locker room after 40 minutes of play.

Winnipeg would get a big opportunity on a rush into the zone to try to get back in this game.

Poolman of the Jets took the puck into the Stars’ zone. The Stars put the pressure on, but Poolman was able to get a quick shot off towards Khudobin. Khudobin would make the save, but the rebound went right to the stick of Andrew Copp, and he would bury it in the net.

The game would remain tied after regulation, resulting in overtime hockey.

Scheifele Scores on a 2-0n-1 Rush For the Win

3-on-3 overtime leaves a lot of room on the ice for players to skate. It also leaves more room for odd man rushes to try and end the game in a quicker fashion.

Mark Scheifele stole the puck in his defensive end after the Stars made their first run towards the net. He took the puck all the way through the zone into the Stars defensive end, with Kyle Connor coming down with him on the other side. Scheifele looked for the pass, but decided to shoot, beating Khudobin to win the game for Winnipeg.

The Stars will play the Calgary Flames for their second game of this 4 game road trip. The Jets will take on another division rival for their next game against the Colorado Avalanche, ending a 4 game home stand.