Starbucks is launching a new feature in their app in 2020 that will allow customers to trace what farm their cup of coffee came from.

Starbucks is launching a new feature in their app to enable customers to determine if their coffee was brewed with ethically sourced beans. The new “bean to cup” tracker was announced in March but is set release early this year.

Globally, coffee farmers often live in or on the edge of poverty. In Nicaragua, a study published in Ecological Economics found that even a fair trade certification did not increase net per capita income for farmers there.

A cooperation of Brazilian and Colombian coffee growers filed a statement in August of 2018 in which they stated that at current prices they were unable to sell their beans for even at least break-even prices.

The app, then, could change the invisibility individuals and give them a name and a voice.

Blockchain technology is usually what tracks your string of purchases so that it can recommend what you would likely enjoy purchasing in the future. Starbucks is utilizing similar technology to track where beans are coming from.

The information that Starbucks will make available includes information about the farm itself and provide a direct understanding of who produced the beans that went into the cup.

Starbucks is making this move to increase transparency, intended so that farmers can be more involved in the end part of the process.

“Over the next two years, we will look to demonstrate how technology and innovative data platforms can give coffee farmers even more financial empowerment,” said Kevin Johnson, CEO of Starbucks in a press release.

Starbuck’s idea is that the visibility for farmers in the app will allow different opportunities because the farmers can be been seen and recognized.

Starbucks CEO said that they wanted information on farmers to be available for the rest of the world as well. The farmers, in addition, can also utilize the technology.

“At the same time, I’ve met farmers who have very little by way of possessions, but they have a mobile phone. Digital has become the economic engine of this century, and traceability preserves the most valuable assets we have as human beings – our identity,” said Johnson.

Starbucks worked with about 380,000 coffee bean farms last year. Representatives from Rwanda, Costa Rica and Colombia are hopeful that this technology will aid farmers in their countries.

Ambassador Bill Kayonga, CEO of Rwanda’s National Agricultural Export Development Board, said that it was a step in the right direction for the country.

“Traceability builds value for farmers and is transforming the coffee sector in Rwanda, which in turn strengthens the country as a whole,” Kayonga said.

In 2015, Starbucks co-founded the Sustainable Coffee Challenge alongside Conservation International to push for more accountability in the sourcing of coffee. The foundation works to ensure that coffee can continue. They do this by ensuring that the land is well taken care of and farmers are compensated aptly.

Starbucks is looking to add this technology to their existing infrastructure to create transparency in their commitment to 99 percent ethically sourced coffee. The company hopes that this technology will help create another layer of consumer trust as well.

The Sustainable Coffee Challenge was first announced at the Paris climate meetings in 2015 and today the foundation has a council that includes Starbucks, McDonalds, Keurig Green Mountain, the Rainforest Alliance and the Specialty Coffee Association.

Rainforest Alliance compared farms before they began the certification process with the same farms for three years. Sixty-eight percent of farmers in Brazil, Colombia, Guatemala, El Salvador and Peru who were certified for three years reported improvements to their soil and better prices for their beans.

Reforestation and fencing saw 27 percent of respondents say it helped curb water contamination versus 18 percent under the old system. 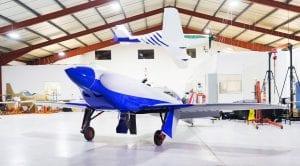