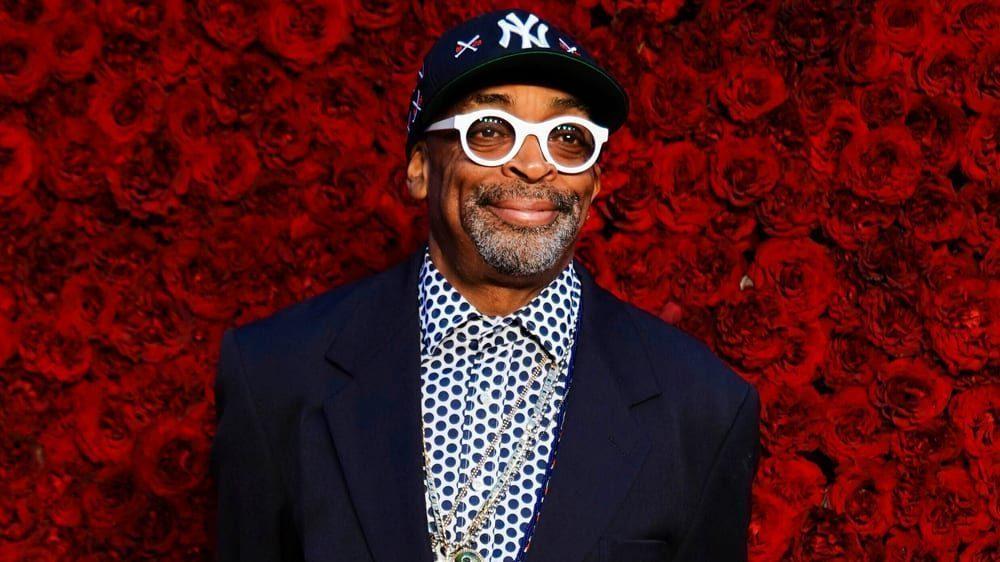 The minds of Spike Lee and David Byrne colliding… What a glorious sight that shall be. The iconic filmmaker and legendary musician are uniting for a film version of Byrne’s wildly imaginative tour, American Utopia, which is now a runaway success on Broadway. Someday soon, we’ll see an American Utopia movie from Lee and Byrne.

“American Utopia” was Byrne’s first solo album in many years, following his collaboration with St. Vincent among others. It’s an album full of beautiful images and sounds, similar to the ambitious tour Byrne put together. With his big band all free to roam the stage with their instruments, Byrne and his gang put on a spectacular show both simplistic and intricate. It is a magical sight to behold, just the purest creativity and imagination on display.

Byrne released the following statement regarding the American Utopia movie:

Pinch me. This couldn’t have worked out better for this project. Spike Lee directing and Participant producing — two socially engaged teams, well, three if you count us in the band, coming together in what I feel will be something moving, important, and unlike anything anyone has seen before.

What Else to Know About American Utopia

Bryne, of course, is already the star one of the greatest concert docs of all time, Jonathan Demme’s “Stop Making Sense,” which was another iconic tour for The Talking Heads frontman. All these years later, he’s still pushing the envelope and creating at the highest level, which is why he and Lee are such a powerful combination. Their skills only continue to sharpen, and together, who knows what they can accomplish? It is a show with something to say, which is in Lee’s DNA as a storyteller. It’s visually and audibly exciting, just like the works of the great filmmaker.

The average ticket on Broadway goes for $200. The cost is a little heftier than the cost of the main tour but worth every penny. About a week ago, it was announced the show had made over $1,180,995 at the box-office. It is a real hit at the lovely Hudson Theatre. Even when Broadway ticket sales were dipping, American Utopia’s did not.

It’s not the first broadway show Lee has directed. Previously, he filmed Mike Tyson’s one-man show. The master filmmaker is no stranger to music subjects, having directed an exceptionally good doc on the 25th anniversary of Michael Jackson’s “Bad” album. Of course, Lee has also directed some of the most visually exciting, music-driven sequences of the last 30 years. The opening of Do the Right Thing, for example, is as powerful as a piece of music can get with the right images. Lee’s taste and use of music is always aces, especially in the overlooked Girl 6, which had nothing but Prince tracks.

Participant is behind the movie as its producer and main financier. The company’s mission is to make movies producing positive social change, making it a nice home for both Lee and Byrne. They’re both socially conscious artists. Participant found the perfect collaborators and project, in which dancing and messages go ceremoniously hand-in-hand. The concert concludes with Byrne covering Janelle Monáe’s “Hell You, Talmbout,” calling for remembrance of lives lost to police and gun violence. It’s a powerful finish that concludes such a lively, life-affirming show with death and injustice, which should never be forgotten.

In a statement, Participant said:

American Utopia is a true celebration from a great artist and a beautiful reminder to our nation that we are all born barefoot and wearing the same suit. We are incredibly excited to work with Mr. Byrne and the incomparable Spike Lee, along with RadicalMedia, River Road and Warner Music Group in bringing this one-of-a-kind event out of the theater to audiences around the world.

Radical Media, who’s working with Participant on the film, added:

Stop Making Sense is one of the greatest music performance films ever. To have the opportunity to revisit the genius of David Byrne with American Utopia and produce a bookend film with Spike Lee and Ellen Kuras is a dream.

Since not everyone can afford a ticket to Byrne’s “American Utopia,” it’s a beautiful thing more of his fans will have the chance to watch a high-class film production of it. American Utopia is a spectacular piece of art and showmanship, one of the most imaginative creations of 2019 and, to be bolder, the 21st century. Bravo, Byrne.