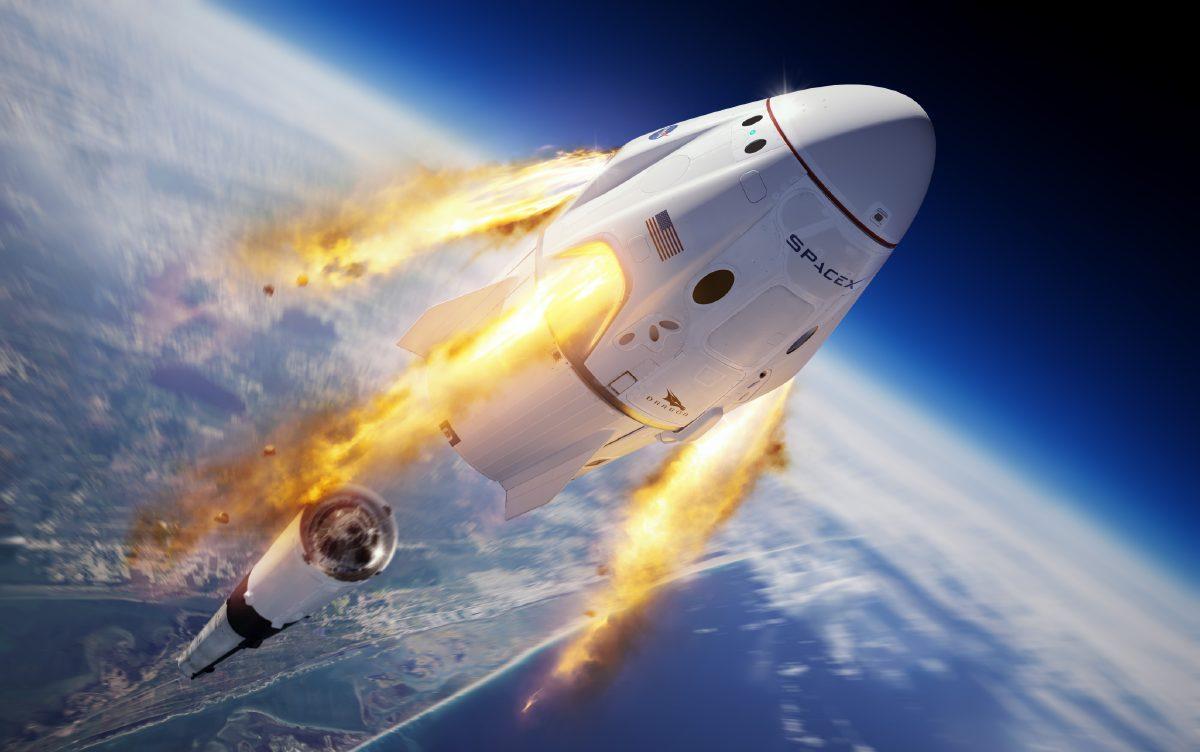 At 7:27 PM EST, November 15th 2020, SpaceX made history with the launch of the Resilience. Taking off from the Kennedy Space Center, the manned spacecraft successfully started its mission of bringing four astronauts to the International Space Station. The Resilience is currently en route to the ISS and is expected to dock at 11 PM EST. You can follow the mission and watch the docking live via the NASA live stream.

This is the first time in history that a private company has executed a manned government space mission. The Resilience launch was a very quick follow up to the Falcon 9’s successful mission of putting a satellite into orbit; a significant mission in its own right as it was SpaceX’s first contracted mission with NASA and one that ironed out the kinks with the reusable Falcon 9 rocket.

Speaking of the SpaceX Resilience launch, NASA administrator Jim Bridenstine noted, “the big milestone here is that we are now moving away from development and test and into operational flights. And in fact this operational flight was licensed by the Federal Aviation Administration. So this is a truly a commercial launch.”

Crew commander Mike Hopkins certainly enjoyed the launch, radioing mission control, “Well done, that was one heck of a ride. Congratulations to everyone. Resilience is in orbit.”

President-elect Joe Biden offered the international crew praise via a tweet, writing, “Congratulations to NASA and SpaceX on today’s launch. It’s a testament to the power of science and what we can accomplish by harnessing our innovation, ingenuity, and determination. I join all Americans and the people of Japan in wishing the astronauts Godspeed on their journey.”

As we had mentioned before, this given name of the SpaceX rocket is the Dragon. The international crew decided to rename the craft Resilience as a way of bringing the world together. Crew commander Hopkins explained the decision as such:

“If you look up the definition of the word ‘resilience,’ it means functioning well in times of stress or overcoming adverse events. I think all of us can agree that 2020 has certainly been a challenging year, [with] a global pandemic, economic hardships, social unrest [and] isolation. Despite all of that, SpaceX and NASA have kept the production line open and finished this amazing vehicle that is getting ready to go on its maiden flight to the International Space Station.”

“So the name ‘Resilience’ is really in honor of the SpaceX and NASA teams, and, quite frankly, it is in honor of our families, our colleagues, our fellow citizens, our international partners and our leaders, who have shown that same quality, those same characteristics all through these difficult times.”

The explanation certainly checks out. We join the world in wishing the crew safe travels and a successful mission as we look to the future, intrigued by the possibilities such a historic spaceflight can bring about.