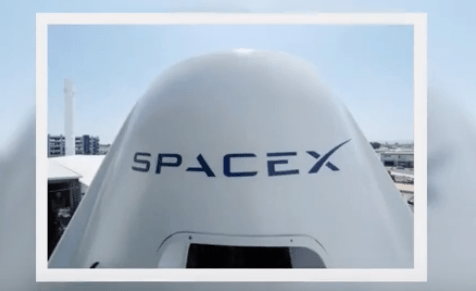 A few days ago, it was announced that SpaceX plans to lay off 10 percent of workers – they have about 6,000 employees total – so they can become a leaner company with all the resources to continue their experiments, which range from satellites to spacecraft.

Elon Musk announced that the company still has a strong financial standing, despite these layoffs. The idea is to free up funding for more of SpaceX’s complicated projects, which include deploying satellite broadband service and sending humans to other planets.

“To continue delivering for our customers and to succeed in developing interplanetary spacecraft and a global space-based Internet, SpaceX must become a leaner company,” the company said in a statement Friday. “Either of these developments, even when attempted separately, have bankrupted other organizations. This means we must part ways with some talented and hardworking members of our team.”

“We are grateful for everything they have accomplished and their commitment to SpaceX’s mission,” the company continued. “This action is taken only due to the extraordinarily difficult challenges ahead and would not otherwise be necessary.”

The Los Angeles Times broke the news early on Friday. They noted that, “Even with SpaceX’s ramp-up of satellite launches — 21 in 2018, up from 18 the year before, and on Friday the first one of this year — it has occasionally cut its workforce. Last summer, the company fired some senior managers at the company’s Redmond, Wash., office because of disagreements over the pacing of the development and testing of its Starlink satellite program.”

Most of SpaceX’s money comes from satellite launches, both commercial and national security related. They also have two NASA contracts, “one a multibillion-dollar deal to deliver cargo to the International Space Station and the other up to $2.6 billion to develop a capsule that will deliver astronauts to the space station. The first launch of that capsule, without a crew, is planned for February,” according to the LA Times.

SpaceX’s future plans are even more ambitious. Musk plans to conduct a “hopper test” of its Mars spaceship prototype as early as next month. The mars spaceship and the rocket system cost billions to build, which is why the company is laying off employees. And the plan is to get humans to Mars by 2022 – so there’s no time to waste, according to SpaceX’s plans.

In addition to getting humans to Mars, SpaceX is known for its plans to send regular citizens around the Moon – and with Musk’s announcement that Yusaku Maezawa, a 42-year-old Japanese billionaire, will be the first lunar tourist, these plans seem to be close to becoming a reality.

The laid-off workers will receive a minimum of eight weeks of pay, along with other benefits, according to an email sent by the company. SpaceX is also offering interview coaching and resume help.

According to Equidate, SpaceX is worth $31 billion. A filing with the Securities and Exchange Commission shows that the enterprise sought to raise $500 million last year through equity and other securities, but only managed to raise about half.