Testing is an important part of creating an app because it ensures that any changes made do not break other parts of the app. However, it can be a time-consuming and frustrating process. That is where Sofy comes in. The company’s platform provides no-code test automation for mobile apps, saving developers a lot of time. Sofy hopes to use its latest funding to empower even more developer productivity, which you can learn more about in the article below.

Sofy, a startup developing a testing platform for mobile app devs it claims is used by Microsoft, today closed a $7.75 million seed round that brings its total capital raised to $9.5 million. Voyager Capital led the tranche with participation from PSL Ventures, GTMFund and Revolution, providing cash that CEO Syed Hamid says will be put toward supporting Sof’s general growth and R&D.

Sofy was co-launched in 2016 by Hamid, Hyder Ali and Usman Zubair. Prior to it, Syed was an engineering leader at Microsoft for nearly two decades. Ali also spent the bulk of his career at Microsoft, while Zubair — another Microsoft veteran — has several startups under his belt besides Sofy, including Enfoundery, a tech consultancy for entrepreneurs.

“Software testing hasn’t changed in the past 40 years. It’s still done manually with significant cost of creation and maintenance,” Hamid told TechCrunch in an email interview. “The time is right with advancements in machine learning and AI to evolve to a modern no-code testing process and intelligent automation.”

Sofy validates changes in app code directly from existing dev environments. Delivering insights that spotlight issues in the code, Sofy tries to account for different devices and operating systems on which the code might run, recording metrics like speed and responsiveness as well as vulnerability to cyberattacks.

“We have a dataset of over 17,000 publicly available mobile apps to enhance our no-code platform and improve the resilience and efficiency of applications. We are able to run automation on thousands of different device matrices,” Hamid said.

Developers might balk at Sofy’s analytics capabilities, which attempt to quantify dev “performance and productivity.” But Hamid pitches them as a net good because, in his eyes, they can lead to faster release cycles.

“There are [major] benefits for the C-suite … By releasing apps faster, it has a bottom-line impact on the organization, decreasing the engineering cost significantly,” Hamid said. “Sofy helps organizations deliver apps of higher quality and greater innovation, providing a better experience for their customers.”

Sofy goes head-to-head with companies like BrowserStack, which offers a similar testing platform for apps. Autify and Waldo also compete in the space. But Sofy will look to stay ahead of the competition with new features, Hamid says, including the ability to test apps for augmented and virtual reality peripherals.

Sofy’s current customer base stands at 45 companies, although Hamid notes that teams at roughly 2,500 companies use the service. The startup plans to expand its headcount by the end of the year, growing from 35 employees to 75.

The original article can be found on TechCrunch. 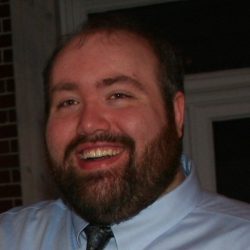