In today’s dopamine-fueled, swipe right society, making meaningful connections with others can seem nearly impossible. In our rush to get everything we want, when we want it, we’ve let our lizard brains assume control of everything from the foods we eat to the relationships we pursue. And this is not the optimal way for a […]

In today’s dopamine-fueled, swipe right society, making meaningful connections with others can seem nearly impossible. In our rush to get everything we want, when we want it, we’ve let our lizard brains assume control of everything from the foods we eat to the relationships we pursue. And this is not the optimal way for a healthy, civilized society to function.

Luckily, the forward-thinking leaders at Dating Group are looking beyond what triggers our primitive impulses to unlock the door to the things that bring us purpose and meaning and fuel our passions. With more than 140 million users, 45 dating apps in its portfolio, and 100 countries covered by its products, Dating Group is now the largest global dating company. But according to KJ Dhaliwal, Dating Group’s Chief Strategy Officer, the company’s mission is less about dating and more about social discovery.

Social Discovery is on the Rise

The use of social platforms multiplied significantly during the pandemic, illustrating our need for human connection. As the world shut down in March 2020, users continued to rely on online social discovery. Users turned increasingly to gaming spaces such as Twitch, photo sharing apps such as Instagram, video shorts on TikTok, and slow dating platforms like Once. There, they found entertainment, community, social connection, and even purpose. And the thing that makes these things more meaningful is the delicate and ethical use of the data they produce.

“The increased use of today’s platforms has created an influx of data that offer a glimpse into the minds, behaviors, and motivators of users seeking connections, interactions, friendships, and even an escape from reality,” said KJ Dhaliwal. “This new and improved world of social discovery is founded in its corresponding data, but the vision continues to be transformed by the aspirational behaviors of individuals, and the impact of the events going on in the world around us. It’s all about translating the data in a way that brings meaning to the user.”

While social data is plentiful and growing, there is a shortage of those who understand how to find the right data, mine it, and extrapolate actionable insights that benefit the user. But with access to data through extensive social discovery methods, effective data mining demonstrates how evaluating unrestricted human behaviors can be wildly valuable for companies. And even more so, it helps foster valuable human connections through methods that users want and seek.

“Bringing more meaningful experiences to users is where the great opportunities in social discovery reside, and why people years from now will think of the ‘dating’ segment as something much more broad and valuable,” added Dhaliwal. “More specifically, the future of the online dating and social discovery segment continues to transform. It is headed toward a safer, more effective space that is targeting how people want to engage with each other and how they can fulfill basic human needs.”

Don’t Get it Twisted

When asked if this level of data-driven chemistry creation could be dangerous, Dhaliwal suggested that the role of social discovery is not to manipulate people but to help them make meaningful connections.

“Characteristics that create a common thread are more likely to engage users than generalized social spaces,” said Dhaliwal. “But there is a solid line between using those characteristics to manipulate people and using them to help people connect at a deeper level. If it harms, it isn’t good. But if it brings people meaning and value, it is the right thing to do.”

“Rather than feeding people information that only makes money for the platform owners, companies that specialize in social discovery drop off at the point of introduction. They don’t monitor, intrude or eavesdrop,” Dhaliwal added.

Social discovery is the paradigm shift that social media critics have been hoping for. It is changing the way we socialize, connect, and ultimately, understand one another. It isn’t about marketing; it’s about helping people make meaningful connections. And in a big way, social discovery is poised to help us fulfill our human needs of belonging without pushing the bounds of our civil liberties. 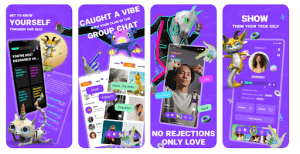 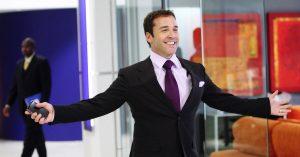 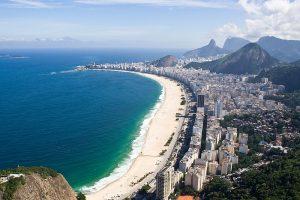 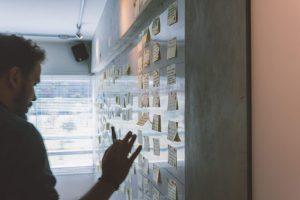