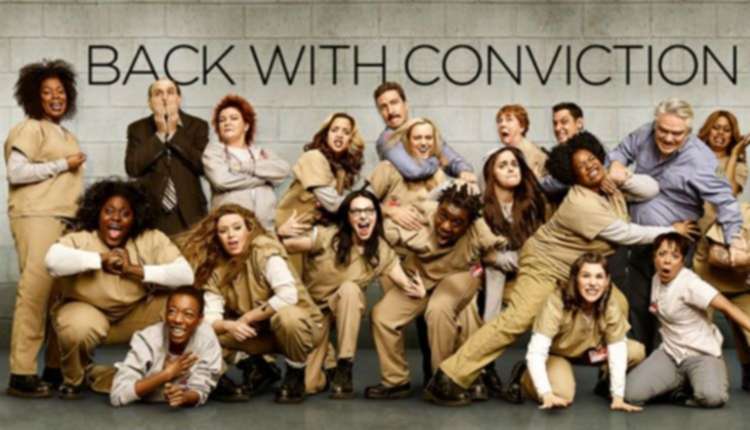 Sneak Peek: Orange is the New Black Comes Back Next Week With New Surprises

Netflix’s wildly popular original show, Orange is the New Black comes back next week with a few new surprises in store for fans. Season six premieres on July 27th.

If you remember, the producers left us on quite a cliffhanger. With a riot taking over Lichfield prison for the entirety of season 5, the main characters hid in Frieda’s bunker. The last we saw of Piper and her gang, they were surrounded by CERT officers. The other characters were loaded onto buses and shipped off to separate prisons.

Well, all our favorite heroines are back for a new season full of new adventures.

So, with the riot over, and the authorities discovering the death of guard Piscatella (which no one was sad about – byeee), the girls will have to come to terms with the consequences of their actions.

This presents several options for the new season of OITNB.

Since characters are going to different prisons, we may be seeing some new faces join the cast. Or, we might be losing some core characters to the system. For example, Daya (played by Dascha Polanco) is going to have to deal with the fallout of stealing a gun from a guard and injuring someone. Polanco wouldn’t give anything away, but was quoted saying “You might not see her [Daya] ever again!”

It’ll also be interesting to see what happens to Pensatucky (Taryn Manning) and Mei Chang (Lori Tan Chinn), who each managed to pull off an escape.

Are you looking forward to seeing what happens to your favorite characters once Orange is the New Black comes back next week? Feel free to drop any fan theories in the comments!