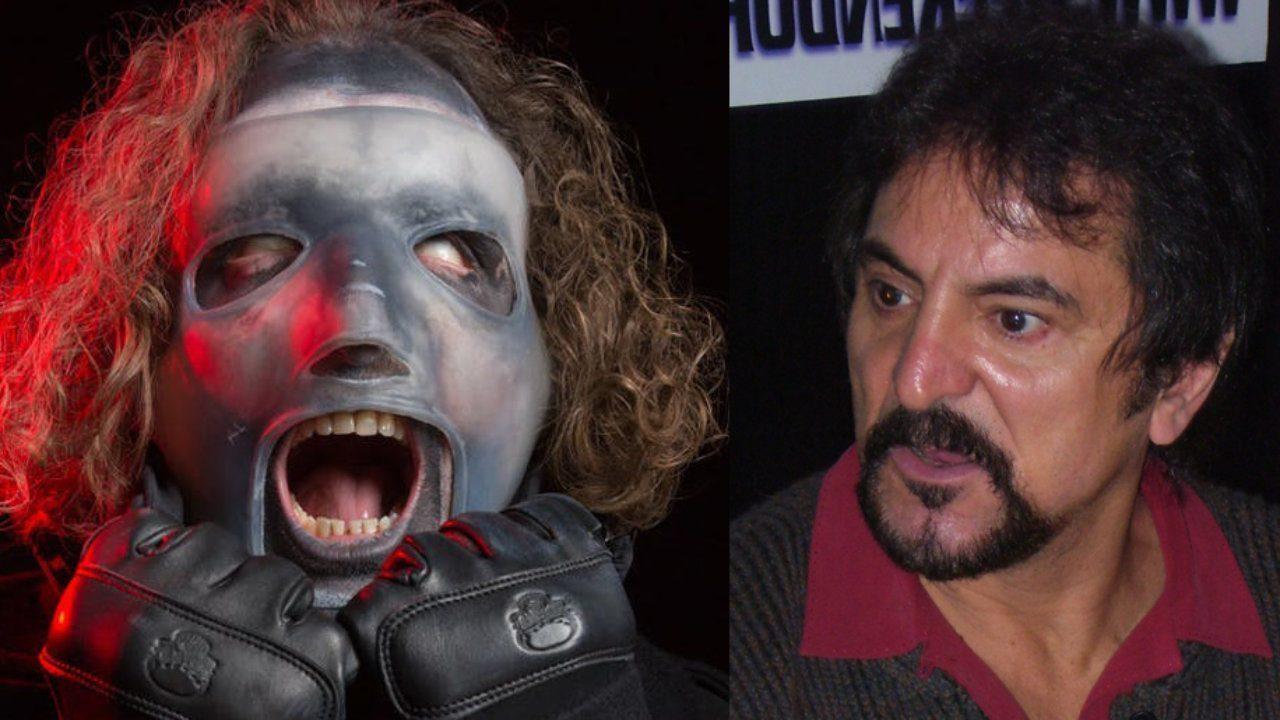 Slipknot’s front man, Corey Taylor, has taken another large step on his journey to make a horror film. After jumping the massive hurdles that are finishing a script and securing funding, Taylor made the tactical decision to team up with practical effects legend, Tom Savini.

Savini is most famous for his makeup and special effects work on the iconic zombie film, Dawn of the Dead. His talents drew shock and awe from audiences when the film was released in 1978, earning him a Saturn Award nomination for Best Special Effects. He would eventually win that award with his work on 1985’s Day of the Dead.

Corey Taylor is a Man who Knows Horror

As the lead singer of Slipknot, Taylor has become very familiar with horror imagery. The disturbing masks the band members wear are amplified by the high energy antics on stage. The music videos and album art that complete the bands image can be euphemistically described as ‘unsettling’.

The entire aesthetic of the band overlaps wholly with that of gritty psychological horror films.

There are countless legends surrounding Taylor and the rest of the band that are odes to depravity. Many fans of the band, aka ‘Maggots’, gleefully recount tales of how Taylor grossed out Marilyn Manson in an intense game of chicken.

In those same circles, you will hear them describe with great reverence how the band would huff fumes from a jar containing a rotting crow and puke in their masks before taking the stage. You know, to get in the right head-space.

These anecdotes often take center-stage and overshadow the fact that Taylor has experienced some of humanity’s darkest depths. The singer has struggled with alcoholism and suicidal ideation as well as attempts.

The triumph that is overcoming those afflictions cannot be overstated. Everyone processes things differently and Taylor did so by taking that darkness and turning it into art.

While it is not a prerequisite to have experienced severe emotional turmoil to craft an effective horror film, it does imply that there could be more in store for us than just shock value.

Taylor and Savini – A Match Made In Hell

The partnership between Taylor and Savini is an exciting prospect for horror fans. Savini’s history as a pioneer and leader in film makeup and effects, particularly in the horror genre, imply that Taylor’s project will employ mostly practical effects. CGI has a way of diminishing the value of special effects.

What is on screen, while beautiful, can feel less tangible when a film is too reliant on CGI. Practical effects are particularly effective when it comes to horror. There is just something specifically unsettling about capturing what looks and feels like real blood on film.

This film will not be the first time that Taylor and Savini have worked together. In 2019, Taylor called upon the services of Savini’s firm to create a new mask. The masks that the band wears play a major part in their art and branding, so he made sure to go to the best.

The pairing of the two talents was facilitated by Savini’s right-hand-man Jason Baker.

So far, the most information we have gotten about the film has been from Baker. He mentioned in an interview that he had read the script and while he can’t go into detail, “the script is totally f*cked up”. Well, we would certainly hope so.

While artists tend to experiment in different mediums, the jump from music to film can be a daunting one. That gap has been successfully bridged in the past most notably by heavy metal icon, Rob Zombie. Zombie is a noted horror aficionado and has had success in the genre with his films focusing on the Firefly family. He also helmed a remake of the disturbing classic, The Texas Chainsaw Massacre.

Zombie’s success is a great sign for Taylor showing that this transition can be successfully done. He also may have gotten inspiration from his bandmate, Shawn Crahan, who has done a lot of film work of his own. Aside from directing some of Slipknot’s music videos and documentaries, Crahan has directed his own feature film, Officer Downe.

Crahan was a key part of developing the band’s image and is a fantastic resource for Taylor’s new endeavor. Taylor has been excited about this project for a while and has alluded to it in various interviews. We are excited to see that his passion is coming to life and are curiously eager to see the final product.

With Savini handling the special effects, we should be in for a shocking treat.