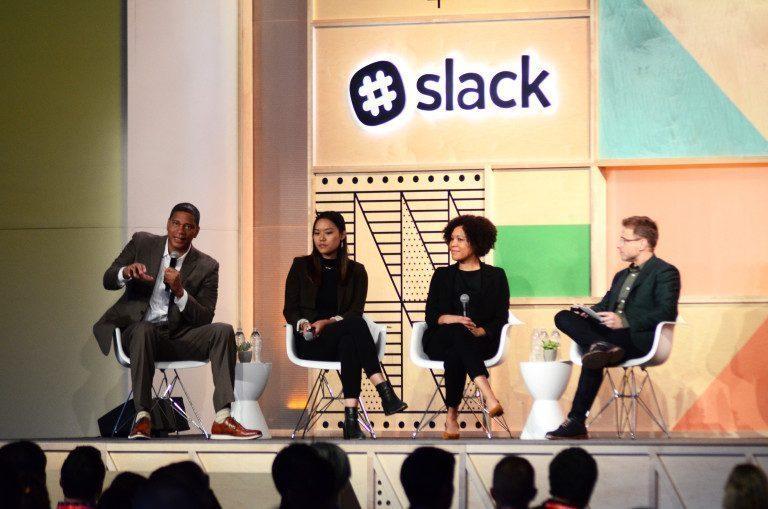 Now, the company is going public.

For those unfamiliar, Slack is a messaging program for all devices designed to scale for use across organizations, however large or small. Messages are organized by channels — which can be customized as departments, teams, projects, or topics — that employees can communicate and collaborate in.

On June 20th, Slack will go public via a direct public listing (DPL) on the New York Stock Exchange (NYSE). They submit a Form S-1 to the Securities and Exchange Commission (SEC) back in February of this year, which has since been reviewed and approved. They will trade as “WORK” on the NYSE.

Most notable is the company’s decision to file for a DPL instead of an IPO. While both are public offerings, there are key differences between each process.

IPOs create new shares in a company that are offered at a set price. This process is facilitated by underwriters, who work on fees of 2 to 8 percent of capital raised. Underwriters are usually a group of investment banks that facilitate the entire IPO process, including setting the stock price, dealing with regulations, and distributing shares through their networks.

With a percent fee of capital raised going to underwriters, IPOs are quite expensive.

DPLs, on the other hand, do not require the use of underwriters. In a DPL, no new shares are created. Only existing shares from existing shareholders are sold to the public. While this approach is less costly and less centralized, it does involve additional risk.

Share sales are less guaranteed and can be much more volatile, especially during the opening week of listing publically. In IPOs, on the other hand, companies enjoy a lockup period wherein investors cannot sell their stocks, which helps stabilize the price.

Traditionally, the DPL process is used by smaller companies and startups that can’t afford the capital to pay underwriters. However, when Spotify (SPOT) chose to list publically back in April of last year it did so as a DPL, which is unusual for a unicorn company, to say the least.

Spotify chose to proceed as a DPL due to its unique financial and marketplace position. For one thing, the company did not need to raise additional money through the creation of new shares. At the time of listing Spotify was cash-flow positive. Additionally, Spotify was already well-known to investors, so the value of tapping into investment bank networks was minimal relative to the cost of an IPO.

On its opening day, Spotify reeled in shares at $165.90 a piece giving it a $29.5 billion dollar valuation. NYSE had set a reference price of $132 a share, but investor demand was high enough to surpass it. That came as no surprise, as Spotify was one of the largest tech company offerings in years and, as such, its public listing was highly anticipated.

How Slack Differs From Spotify

Slack is in a different situation, however, leaving banks uncomfortable about the potential precedent they are setting (namely because they’re getting less of the pie from the company’s listing).

For one thing, Slack’s revenues are in the red.

According to Pulse 2.0, the company is expecting a loss of up to $192 million this year. While these are expected losses (and revenues are lifting up to 53 percent more than last year), it’s a wholly different situation from having positive cash-flow.

Additionally, Slack’s platform is less ubiquitous and its purpose is less straightforward than a company like Spotify’s.

“Slack is the kind of thing you don’t know you need but once you have it, you can’t live without it,” Slack co-founder and CEO Stewart Butterfield said on an earnings call last week. “That’s great once organizations do have it, but it means we have to work hard to explain Slack to all the people who have never used it before.”

Even on its own website, Slack’s opening tagline “Whatever work you do, you can do it on Slack” doesn’t directly indicate the functionality and benefits of the platform.

Nevertheless, Slack is posed to trade at as high as a $17 billion valuation when it opens June 20th.

Their last funding round in August of last year valued the company at $7.1 billion, but that was conducted by private investors. One of the principal investors in the company is venture capital firm Bloomberg Beta, which is backed by Bloomberg LP.

Bloomberg Beta has invested in many early-stage startups, including other familiar names like Meetup, Codeacademy, and AngelList, among many others.

The expected valuation is based on projected revenues. As mentioned above, revenues are growing. Slack expects to almost $600 million in revenue for the 2020 fiscal year. That figure aims to grow to $900 million in FY 2021.

Thus, Slack will enjoy an over 20-times multiple on their current projected revenue if they hit anywhere close to the $17 billion mark. To that end, they have commissioned Goldman Sachs, Morgan Stanley, and Allen & Co. as general advisers (not underwriters) on the upcoming listing.

Microsoft has evolved and rebranded existing products, like Skype and Outlook, to cater to the modern workplace. It has also introduced collaborative tools like Microsoft Teams.

Of course, co-founder and CTO Cal Henderson looks at the competition positively.

“It’s very validating to have such a serious competitor as Microsoft validate that too, that this really is a product category that everybody is going to be using over the next few years,” he said to Yahoo Finance recently.

Google has its own array of cloud-based collaboration and productivity apps for businesses called G Suite. They have the benefit of being integrated seamlessly around Gmail and Google Calendar, making it an easy choice for enterprises to use.

Slack, by many accounts, has revolutionized workplace communication. It allows for real-time messaging and file sharing within topic- and team-oriented channels. Communicate with who needs to know, when they need to know. The platform is conveniently available on all computers and devices.

That convenience, though, highlights the other edge of the double-edged sword that has emerged around the platform. Some have found Slack to actually consume more of their time because of how accessible it is. Emails can always wait. The real-time chat element of Slack messages seems to demand more immediate attention.

Regardless, Slack executives are unabashedly positioning their platform as the inevitable replacement for email.

“Maybe the simplest way to understand it is that Slack replaces email inside your company,” Butterfield said. “It turns email to messages and organizes them into team, project and topic-based channels instead of individual inboxes. It’s a team-first approach to communication, in contrast to emails’ individual first approach.”

The company currently has around 100,000 paid customers and ten million active users internationally.