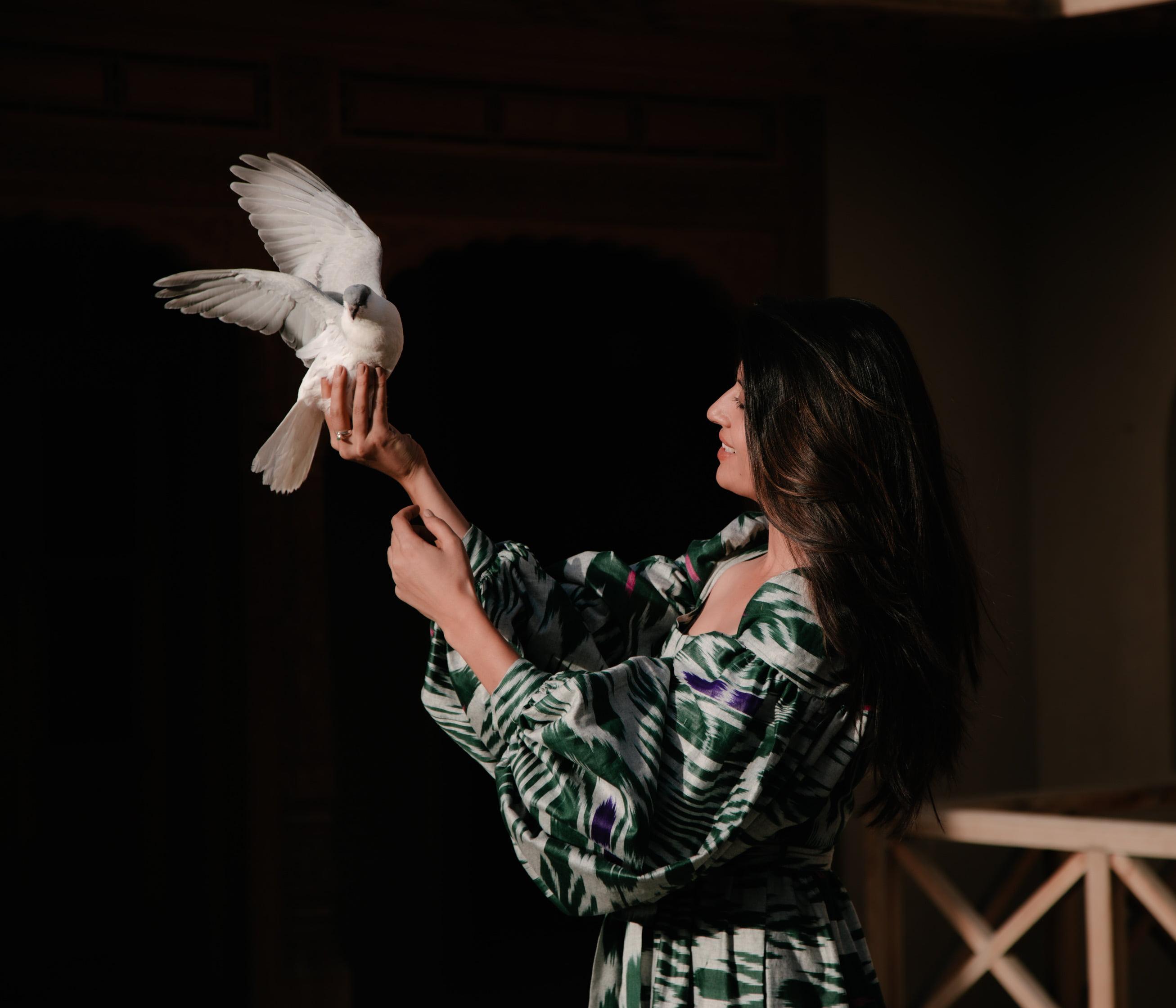 For thousands of years Afghanistan has been a cornerstone of the global economy. Situated at a major crossroads of east-west trade routes, since the first century BCE, the silk road established Afghanistan as a hub of commerce, facilitating the exchange of goods and ideas from across the globe. Even two thousand years ago, Chinese silk, Persian silver, and Roman gold would flow through the country on their way to market in distant lands.

Sadly, in recent decades Afghanistan’s once thriving economy has been ravaged by factional violence and armed conflict. Yet since the worst of the country’s violence in the late nineties, glimmers of hope have shone through. Even a fragile peace is enough for people to build livelihoods, to outgrow past wars,  and for the country to flourish once more.

In a climate that can be harsh and dry, rural Afghan villages protect themselves from wind and dust by planting trees, a practice that will become even more important with the looming threat of drought and extreme weather events as a result of global warming. The national tree of Afghanistan is the mulberry tree, which grows wild and whose branches provide much appreciated shade and fruit for Afghans from all walks of life. One heart-warming story from the country’s long and winding path to peace has been the reclamation of mulberry orchards that were formerly inaccessible due to landmines.

As well as fruit, mulberry leaves feed the silkworms whose cocoons are harvested and woven into beautiful fabrics for the furniture and fashion industry. To sow an alternative to the opium poppy, whose farming has funded the Taliban’s military campaigns and fuels the country’s addiction crisis, EFI’s project introduced the mulberry tree, which is not grown as a monoculture but alongside saffron crocuses. As they do for the villagers, the broad green mulberry branches provide shelter for the flowers, and the roots help retain precious rainfall as well as soil carbon.

Grown together, saffron and mulberry trees can provide year-round income for farmers.  Saffron is planted in August and harvested in November, with income realized in January. Silk season is in spring and income flows between spring and summer. The two crops complement each other, a balance that is reflected in the organization of local economies. Saffron farmers are men, silk producers and spinners are women. The positive environmental effects of biodiversity in agriculture benefits many sections of Afghan society.

Since November 2016, the International Trade Centre Ethical Fashion Initiative has been working in Afghanistan to reinvigorate its economy through a EU-funded project. I spoke to Simone Cipriani, Founder and Head of the ITC’s Ethical Fashion Initiative which seeks to connect farmers and artisans to the global market for luxury goods in a way that nourishes local communities and the environment. He told me how EFI has been supporting silk producers in the region: “until we started working with local farmers and artisans, cocoons were exported in bulk to Iran. Value was added elsewhere, and farmers were paid nothing. In collaboration with a local social enterprise and a team of formidable Afghan experts and technicians, we focused on creating a whole value chain.”

EFI takes a holistic approach to silk production, encouraging more sustainable farming techniques on mulberry orchards, empowering locals to make fabric dyes from the parts of the saffron crocus not harvested as a spice, and importing the necessary machinery from India to spin the silk cocoons into yarn. Moreover, EFI has taken steps to update traditional Afghani loom weaving, working with weavers to make the process more comfortable, improving their posture and productivity.

When they started weaving, Simone told me, “the question was—what the hell do we weave? What does the market want?” EFI opted to target Afghani silks towards high-end fashion brands by working with Ratti, a giant of silk fabric for the luxury market. Ratti knows silk. They’ve been trading fine fabrics since 1945 and have long-standing business relationships with some of the world’s biggest fashion and design labels. What’s more, they have a proven track record of ethical and sustainable production, and were already working with the EFI to transform the African cotton industry.

Collaborating with the EFI, Ratti tested the newly spun silk threads and decided the best product would be a large shawl. “The shawl is relatively easy to print and finish, and beautiful as it was made from beautiful silk” says Simone. “It can be finished in two ways; dyeing with our natural dyes or printing it at Ratti using historical blocks. The result is stunning. The first collection printed by Ratti is ready to flow into the luxury marketplace. It’s a masterpiece!” A naturally dyed version will also be sold directly through the EFI’s commerce channels.

As well as creating opportunity and improving working conditions, the EFI is committed to making the entire process climate positive, organic, and with minimal reliance on heavy machinery. Where large machines are needed, they are installing solar panels, resulting in an end-product that is environmentally responsible as well as socially conscious.

In a country nearly torn apart by civil war, where many people live in constant fear of the next outbreak of violence, peace and stability are urgently needed. But in some regions of the country more people have been displaced by global warming than by war. Initiatives like the EFI’s silk project, which attends to the requirement to foster opportunity and the need to transform agriculture and production for environmental sustainability, show that both concerns will be central to Afghanistan’s growth and recovery.

Whether we are talking about the environment, politics, or the economy, no one knows what’s in store for the people of Afghanistan, but Simone is optimistic about the future and passionate about combining economic, cultural, and environmental rehabilitation. He talks excitedly about the many side-projects that the EFI is involved in there. Training local fashion photographers, localizing the silk-printing process, and cooperating with ever-more artists and artisans to cultivate the country’s burgeoning luxury fashion industry.

The Mulberry trees of Afghanistan have survived decades of killing yet continue to bear their sweet fruit year on year. Like the trees, the people have been through so much and still not lost hope. Stories like this teach us that a better way is possible, and that a dark past doesn’t mean there can’t be a bright future.

Chimere Cissé
Chimere Cissé is a contributing editor and global communications consultant with clients including the United Nation’s International Trade Centre. Prior to this Chimere held Senior PR and Communication positions for global organizations including Hearst Magazines UK (Harper’s Bazaar/ELLE) & Burberry. Chimere has worked with internationally recognized talent and thought leaders throughout her career, with her production work appearing in titles from Architectural Digest to Vogue. A guest lecturer at the University of East London and a fervent arts advocate, Chimere regularly contributes to foundations and venues bridging cultural participation through the founding of ArtKōrero, whilst programming art for philanthropic causes.