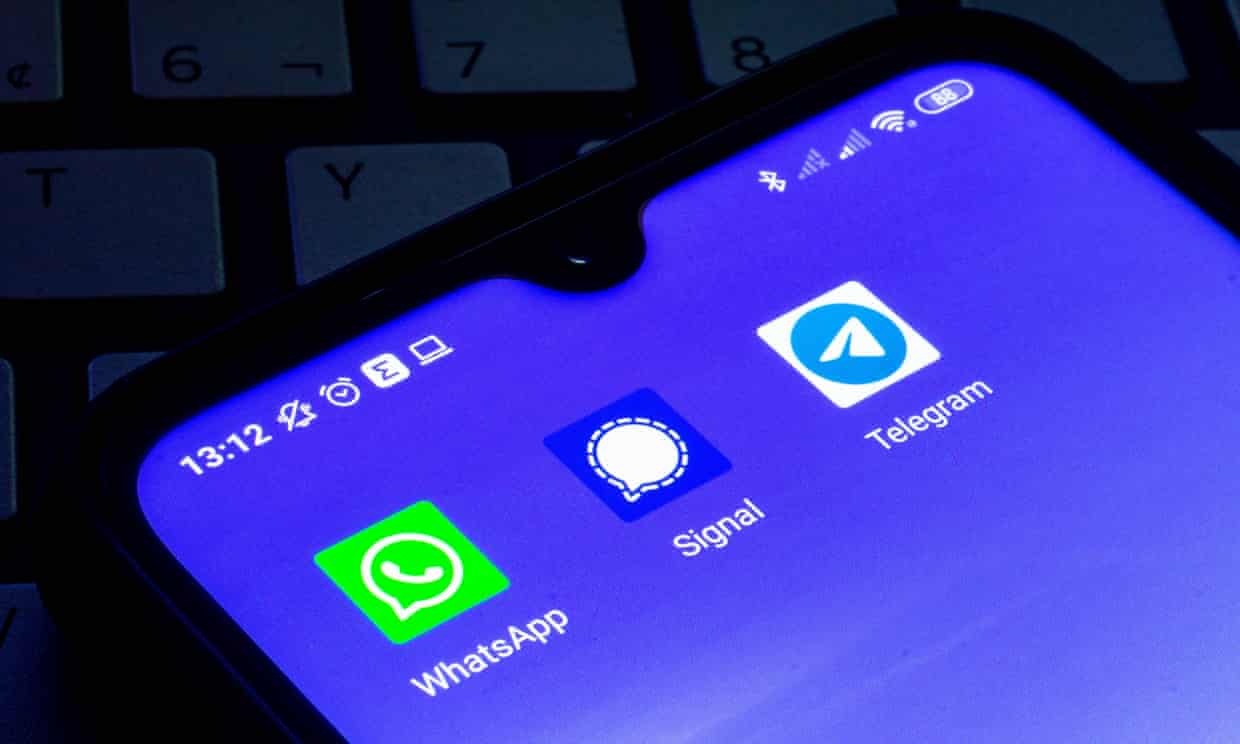 The Signal app utilizes end-to-end encryption from the moment a user begins chatting with other Signal users. What does this mean? Let’s say you’re messaging your mom, “Happy Birthday!” Only you and your mom can read that message.

In this regard, Telegram is more like Facebook messenger. Messages do not use end-to-end encryption unless you choose Telegram’s “Secret Chat” feature. One thing to note about Telegram’s secret chat function is that it only works between two users. So that means you can’t have an end-to-end encrypted group chat in Telegram, but you can with the Signal app.

Signal does use your phone number as a primary ID, and alerts you if one of your phone contacts also joins Signal. The official Signal support page says that, “Signal periodically sends truncated cryptographically hashed phone numbers for contact discovery. Names are never transmitted, and the information is not stored on the servers. The server responds with the contacts that are Signal users and then immediately discards this information. Your phone now knows which of your contacts is a Signal user and notifies you if your contact just started using Signal.”

Which App is Easier and More Fun to Use?

One Telegram feature involves the user being able to schedule messages to be sent at a later date or time.

Signal is testing out new features for their app, including animated stickers, low data mode and more,

When you send a message on the Telegram app, you’ll see one checkmark appear. That indicates that the message was successfully delivered. Two checkmarks indicate that the recipient read your message.

Telegram and Signal appear to have around a similar amount of users. Telegram has 500 million users as of January 8th according to Telegram co-founder Pavel Durov while Signal has around 20 million. Of course these apps are rapidly growing so those numbers are subject to change.

Durov summed up why so many users are migrating away from old messaging standbys like WhatsApp. “I am happy to save Facebook tens of millions of dollars and give away our secret for free: respect your users.” (For context, WhatsApp is owned by Facebook. WhatsApp came under hot water this month after a new updated privacy policy said that user data would be shared with Facebook if the users agreed to the policy and continued using WhatsApp.)

You can read more of Durov’s statement, which includes him busting some common misconceptions about Telegram here.

Will you be downloading Signal or Telegram?

Editor’s Note: A previous version of this article said that Telegram did not offer encrypted messaging unless a user requested it through the Secret Chat feature, and that Signal had 525 million monthly active users. The article has been updated with the correct information.