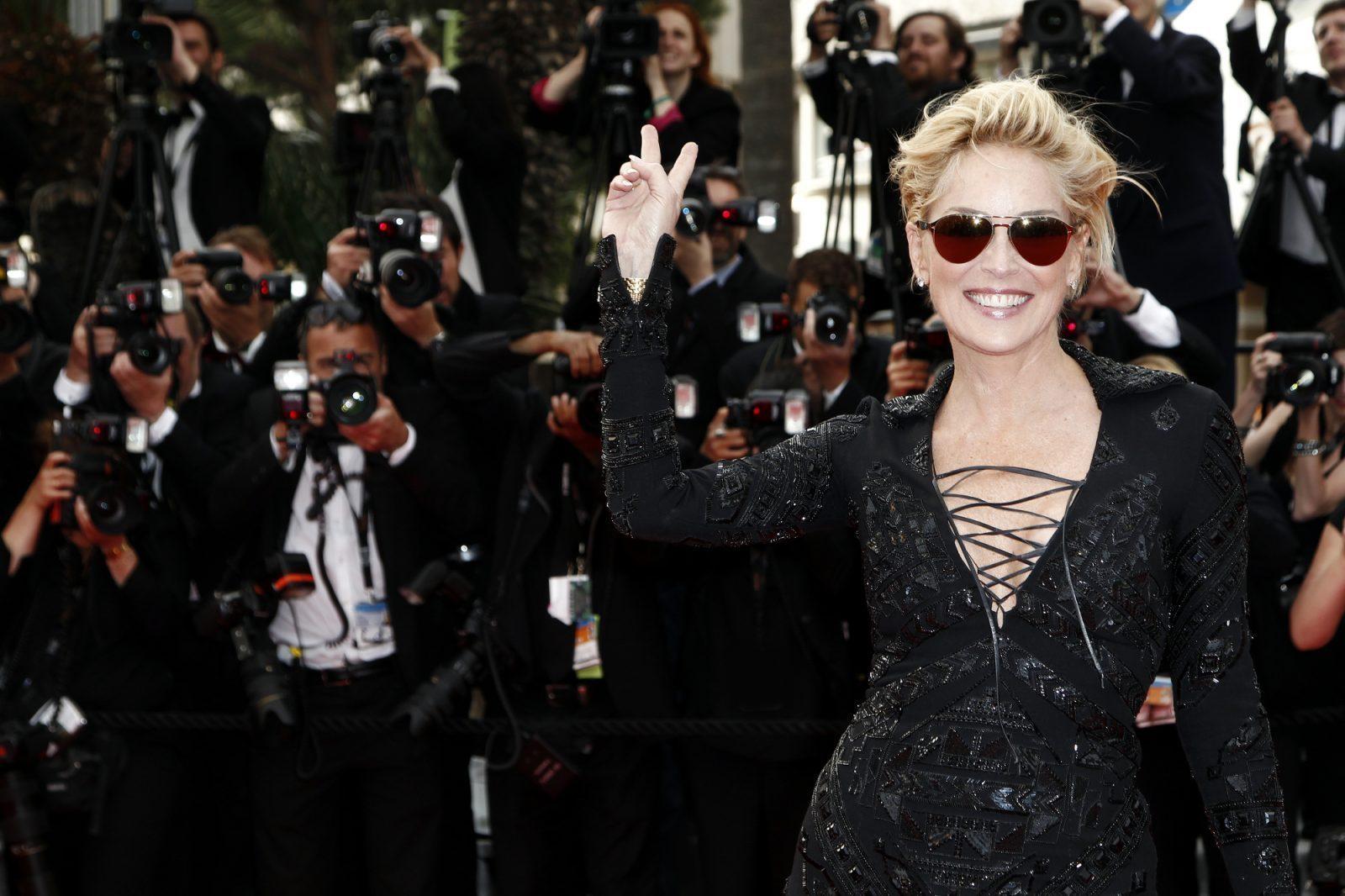 Sharon Stone has a profile on at least one dating app, and TBH the idea of marrying the celebrity heartthrob of our dreams just got a lot more real. But not everyone is quite as optimistic about it.

Stone tweeted yesterday that she was indeed a user of the dating app, Bumble, and that the popular location-based app had blocked her account.

She then tweeted a screenshot of the message from Bumble notifying her of the decision to block her account.

Twitter users quickly spoke up regarding their overall dismay about the discovery that the Basic Instinct star was, when it comes to dating, “just like us.” The consensus seems to be that if a megastar like Sharon Stone needs to resort to a dating app to find love, there is no hope for the “normal” folk like us.

Some chuckled at the poor saps that reported Stone’s account instead of banking on a real chance with her.

Others, mainly women, are lamenting about the drastic decline in their own chances to find someone if Sharon Stone is now serving as their competition.

Okay, first of all, let’s take a breath.

Why are we assuming that Stone is competing with straight women on the app?

Some skeptics are even going as far as suggesting that the Tweet was some sort of veiled marketing strategy for which they recruited the 61-year-old actress. If Stone had merely tweeted that she was a user of the app, fine. I could validate that theory.

But why would Bumble want to be known as the app that  shuns actual movie stars?

What I can’t quite get over is that nobody is acknowledging that Stone’s declaration pretty much busts open our chances of finally being able to live out our “Notting Hill” fantasies. We, the general public, are all now Hugh Grant. Our Julia Roberts could be out there, casually swiping left and right on our preferred dating app.

I’m sure we have all watched Catfish: the TV Show  enough to know the warning signs of a faker. As long as you first meet in a public venue and there is no initial request to send money to the Philippines, there  would truly be no risk sliding into the DMs of that account claiming to be Gillian Anderson or Naomi Watts. (I may or may not be tapping into my own fantasies now — apologies.)

So, let’s all root for Sharon Stone. Bumble: get your you-know-what together and give celebrities a real chance at love with us Joe Blows out here. After all — she is just a girl… “swiping right” on a boy (or girl)… asking them to love her!

Published in Brands, Entertainment and Life