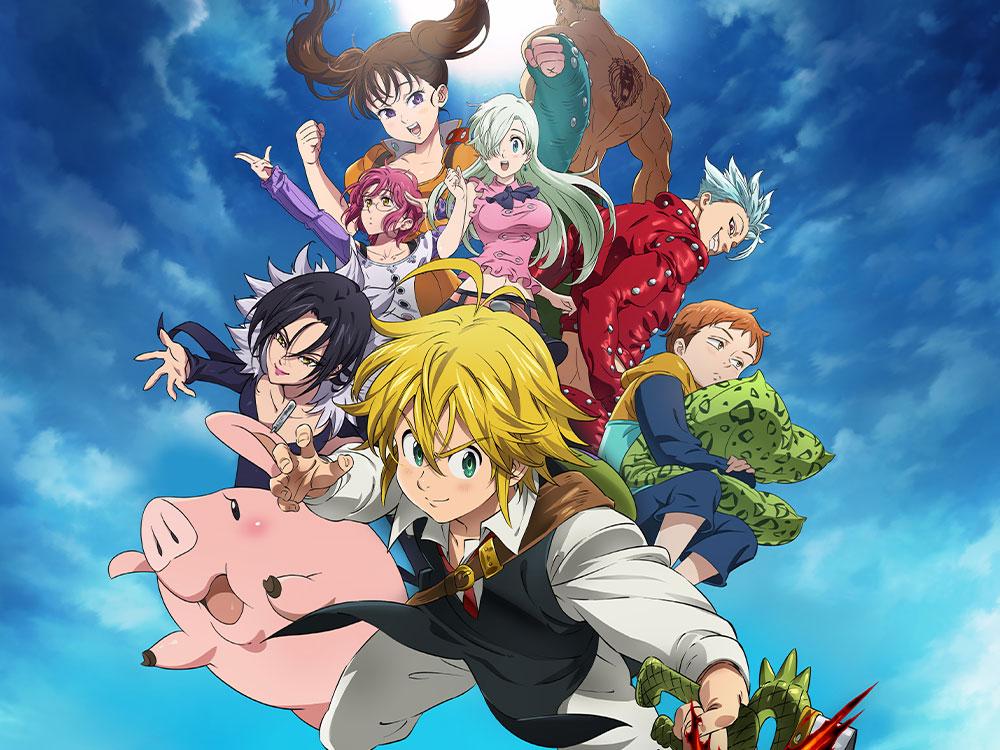 The ‘Seven Deadly Sins,’ anime is one you didn’t know you needed to watch, until now. The first three seasons are available to stream on Netflix. What makes the series so great? A great story loosely based off Arthurian legends, great characters, great music, and the cutest pig you’ll ever meet.

Meliodas seems like a normal guy just running a pub when a princess from the kingdom of Liones crashes into his life, quite literally. Princess Elizabeth asks for Meliodas to help her find the legendary group, The Seven Deadly Sins, because Liones is in trouble and she thinks they’re the only ones who can help. However, everyone in Liones thinks that the Seven Deadly Sins were responsible for killing a beloved Grand Master who defended Liones to his last breath (a Grand Master essentially being like a head knight/wizard.)

Little does Elizabeth know who Meliodas really is. Together the pair work together to find the Sins of legend in order to save Liones. Of course, with lots of chaos along the way. Did I mention they have a cute talking pig named Hawk that accompanies them through the entire journey? He prefers you call him by his proper rank. Captain of the order of the scraps disposal.

What really elevates the plot are the characters themselves. Elizabeth is my favorite. Throughout her own character arc (so far, the story isn’t quite over yet) she cries, she weeps, and she cares so much. Some of the characters jokingly point out how much she cries. But I think it’s great that she’s not the stereotypical “strong female character who has no emotions and is 200 percent perfect!”

The princess finds her own power as the story progresses. A lot of emphasis is placed on how powerful and strong Meliodas is. But I find Elizabeth’s growth far more interesting. The show does avoid Meliodas acting as the cliched Prince Lancelot of the story. He gets a great twist that he eventually has to face. There’s a fantastic cast of characters that come into play but it’s hard to talk about them without spoiling the story. Another great aspect of the show is the score that elevates the grand feel of the story. (If you need a bop to listen to, check out the most popular song from the show called “Perfect Time,” on YouTube.)

A Flaw in the Armor

The show is great, but there is one noticeable flaw that takes place through every season. There’s a running gag where Meliodas will grab Elizabeth inappropriately and the other characters knock him for it. (The joke is particularly dumb when Meliodas grabs Elizabeth’s chest in front of her own father, the actual King of Liones.) For a show that has such a great storyline and a plethora of interesting female characters, the chest and butt grabbing gag is just dumb and unnecessary.

There is no such thing as a perfect show to stream. But there are a lot of great things about ‘The Seven Deadly Sins,’ that make it appealing even to non-anime watchers. Netflix currently has three seasons and a movie, but apparently a fourth season will potentially be released sometime this year. If you’re looking for a fun escape to forget about all the bad news, then this anime is the one for you.