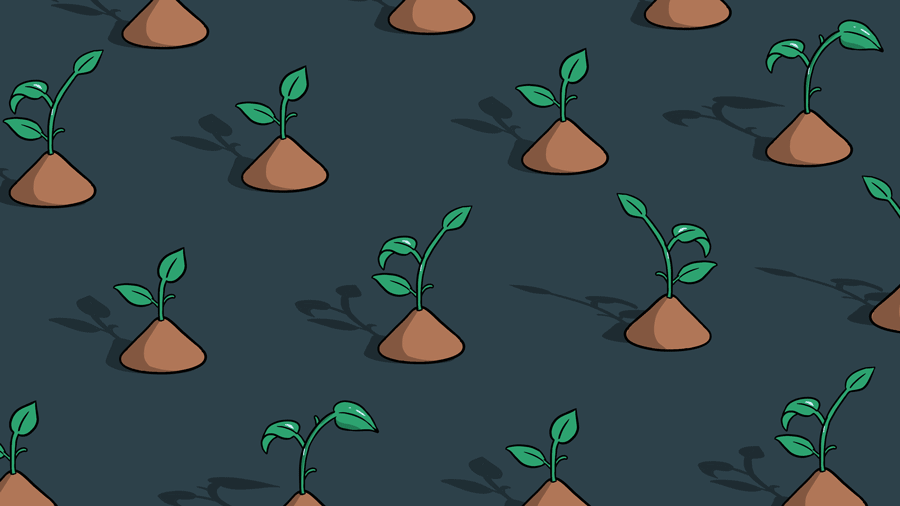 It’s Not Just You, Seed Rounds Are Actually Getting Bigger

Like our yellow stripey friends, the bees, seed funding rounds are small and numerous. And, like bees, an individual seed round is likely to create only just a little buzz.

Disentangling what, exactly, a “seed” round is these days is kinda tough. Not so long ago, a company might’ve raised a little bit of money from friends and family to get off the ground, and raised their first institutional investment round at Series A. But institutional capital has moved further and further upstream. In many cases today, seed is the first institutional round a company raises.

But that doesn’t begin to address the full semantic complexity of the funding landscape for fledgling ventures. Yes, there’s seed, but now, for even earlier-stage companies, there’s an emerging class of specialized pre-seed investors. Already seed-funded companies may opt to raise a “seed-plus” or “seed extension” round if they’re not quite ready to pursue a proper Series A round.

This doesn’t even get into whether the round is priced or unpriced. If priced: What metrics were used to derive the company’s valuation? If unpriced: What sort of financial instrument is being used? A Simple Agreement for Future Equity (SAFE) or convertible debt? Capped or uncapped? Discount or no discount? What are the triggers for conversion into honest-to-goodness equity shares? What’s the likelihood that a convertible debt instrument or SAFE will actually convert?

Suffice it to say there’s a lot of complicated stuff happening in the earliest stages of a company’s life as an investible asset.

But one thing’s for sure: most rounds aren’t very big, but they are getting bigger.

Sizing the swarm of seed

Here are the numbers in chart form.

This is a surprisingly neat-looking chart. It’s pretty darn close to a perfect exponential decay function, up to a certain point.

In our sample set, just a bit over 60.5 percent of recent U.S. seed rounds came in at less than $1 million. On the one hand, that’s not surprising. At least in Crunchbase’s data, most of the rounds in which the big accelerator programs invest in are labeled seed. And since theirs is a business of seeding at scale, the influence of accelerators can be seen in the market. Y Combinator writes $150,000 checks these days, to hundreds of companies per year. Techstars, 500 Startups, SOSV and other large-scale accelerator programs write similar-sized checks. Smaller programs, especially those located outside major startup hubs, tend to write even smaller checks. In our sample set, 9.4 percent consisted of seed rounds that were $50,000 or less.

A rising tide for recent seed

If you follow startup funding news closely, you might have the feeling that seed rounds are getting larger. On the whole, current data suggests that they indeed are.

In the chart below, we plot the same set of 15,538 rounds–still segmented by $500,000 increments–but this time we split the distribution into two chunks of time: rounds raised in the three years between 2015 and 2017, and those raised in the little more than two years between 2018 and mid-February 2020, when we pulled the data. You’ll note in the legend of the chart that we’re dealing with significantly different sample sizes between the two time periods, due in part to the fact that the actual amount of time included differs between the two sets of data, and due to known reporting delays in private company financing data.

You’ll notice that the distribution of round size decays somewhat exponentially for both subsets of seed rounds. However, in the case of rounds struck between 2018 and very early 2020, the long tail of the distribution is a little fatter.

What does one make of all this?

First, this is hardly new information. Crunchbase News has tracked the rising size of seed rounds in its quarterly reporting over the course of several years. It’s a global phenomenon; the U.S. seed scene is not a hotspot in an otherwise tepid market. It seems that seed investors around the world are warming to the idea of funding larger rounds.

Second, it shows a shift in investor strategy over time. From the investor standpoint it makes good business sense to back larger rounds, because unless valuations are rising faster than round size (which is hard to tell given limited available data) bigger rounds redound a bigger chunk of equity to seed investors. If that larger position can be defended through negotiation and exercise of pro-rata rights in the rounds that follow, seed funds backing bigger rounds may end up generating higher returns over time than their counterparts backing comparatively smaller seed deals.

Third, despite all the anecdotal evidence that seed rounds are getting bigger, and despite the numbers presented above, it’s important to note that the significance of the change between the two cohorts might be attenuated by reporting delays. This is not to say that the shift toward bigger seed rounds, as of late, isn’t real. It’s just that it can sometimes take several quarters (heck, occasionally a year or more) for seed funding to be disclosed and ultimately added to a set of private company data like Crunchbase. Data reporting delays are a known phenomenon across all private company datasets, to varying extents. So, if in a couple years we look back at the same windows of time (2015-2017 and 2018-February 2020) the numbers may have shifted slightly as smaller, currently undisclosed rounds surface and get integrated into the dataset. That being said, it’s still a safe bet to say that, on the whole, seed rounds got bigger.

As a parting thought, it’s important to think about what happens to this big seed trend if and when the world economy starts to slow down. So much more capital has flowed into seed-stage ventures over time, but what happens when it eventually ebbs?

The article It’s Not Just You, Seed Rounds Are Actually Getting Bigger by Jason D. Rowley first appeared on Crunchbase News.

Published in Business and Entrepreneurship