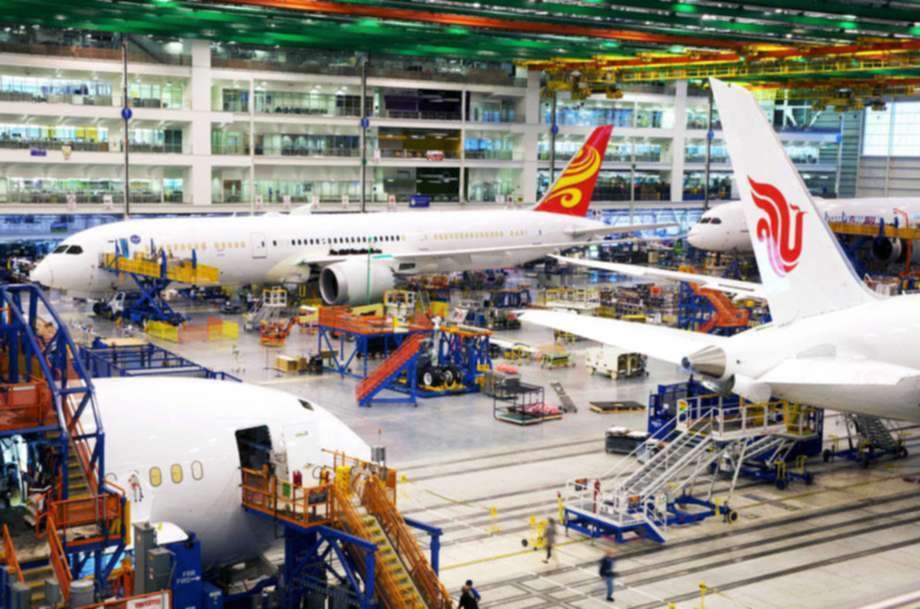 When a Boeing 737 Max 8 fell from the sky just minutes after taking off from Jakarta last fall, the aircraft company began looking into what could have caused it. Then, a second 737 Max 8 fell shortly after taking off from Addis Ababa, Ethiopia just months later. At that point it became clear that the aircraft was to blame. World governments began investing resources into investigating what went wrong with the Boeing plane. Now, another one of Boeing’s aircrafts have come into question. The New York Times reports that shoddy work conditions are impacting the production on its Dreamliner plane.

When Boeing unveiled the 787 Dreamliner back in 2007 it was set to be the future of commercial air travel. The planes were nice, and boasted some of the most state-of-the-art features that a modern jet can have. Some of these features included greater fuel efficiency, cleaner in-cabin air, and a more comfortable flight experience. It also had a lighter weight and offered the ability to decrease turbulence. Airlines around the world quickly bought the aircraft because it boasted the ability to lower ticket prices while increasing the ability to deliver direct routes. This was attractive to airlines and consumers, who enjoyed the many benefits of the Dreamliner.

Now, with investigations underway into how Boeing managed to let the 737 Max 8 slip through the cracks, the Dreamliner has come into question. The New York Times reports that factory conditions in South Carolina — where the Dreamliner is constructed — are impacting safety conditions for both the work environment and the aircraft. The newspaper reports that the company valued production speed more than it valued production quality. What resulted was often a fast turnover of new Dreamliner jets. Despite the fact that safety was continuously being called into question.

“Safety lapses at the North Charleston plant have drawn the scrutiny of airlines and regulators. Qatar Airways stopped accepting planes from the factory after manufacturing mishaps damaged jets and delayed deliveries. Workers have filed nearly a dozen whistle-blower claims and safety complaints with federal regulators, describing issues like defective manufacturing, debris left on planes and pressure to not report violations. Others have sued Boeing, saying they were retaliated against for flagging manufacturing mistakes,” quotes The New York Times’ investigation on the subject.

In a company-wide memo sent in response to The New York Times article — which was acquired by CNBC, the vice president and general manager of Boeing’s 787 program — Brad Zaback alleged that the article painted an inaccurate picture. He also wrote that the company invited The New York Times into the facility to see it for themselves. The newspaper, however, declined the invite. When asked about the controversy by CNBC, Boeing simply sent the full internal memo that was written by Zaback. You can read the full response on the CNBC website.

“The allegations of poor quality are especially offensive to me because I know the pride in workmanship that each of you pours into your work every day,” Zaback writes. “I see the highest quality airplanes – airplanes that meet rigorous quality inspections and FAA standards – deliver on time on a regular basis from Boeing South Carolina, where they perform exceptionally well in service for our valued airplane customers around the world,” he continues.

Boeing does admit, though, that airlines like Qatar have expressed displeasure in the delivery of the Dreamliner. The airlines claim that the commercial jet arrived to the airline in less than brand new condition. This suggests that The New York Times’ report wasn’t far-fetched. The aircraft manufacturer is going to have to work overtime to reform its now tarnished image. When it comes to airline safety, most countries have a zero-tolerance policy for discrepancies. Only time will tell whether Boeing will be able to meet those expectations.