Is Web3 finally here? At least one central figure in the “metaverse” thinks so. The Sandbox COO, Sébastian Borget acknowledge that there are now many metaverses in Web3 with more springing up overnight.

Some bright spark recently called the metaverse just space on someone’s computer (or more correctly computers) but on February 15, JP Morgan issued a report on metaverses which concluded by saying that the metaverse will most likely infiltrate every sector in some way in the coming years, with the market opportunity estimated at $1 trillion in yearly revenues. It’s a bit loose on specifics but the report leaned much more heavily into the hype than reality (from the title of the report).

Someone who knows first-hand the opportunities involved in the metaverse, before it was even given that common term, is Sébastien Borget, co-founder of Sandbox (TSB), arguably one of the most successful metaverses and certainly leading the pack in this increasingly crowded field.

Today there are more than 2 million wallets registered to TSB, a growth of 1000% year on year. There are 18,500 LANDS owners, a 375% increase year to year. The current value of the TSB world based on the secondary market price is close to $1.5 bullion while the TSB marketcap is $3.3 billion and ranked #37 overall by total market cap, per CoinMarketCap.

Borget himself comes from a gaming background. As a teenager he began playing video games and was hooked.

“I really wanted to make my own video games but creating games on consoles was prohibitively expensive and you needed big teams and a publisher. It was out of my reach.”

Then in 2011, he got his first smartphone and instantly realised it would be possible to create a mobile game with just one or two people. With his colleague and fellow games producer, Arthur Madrid, they founded Sandbox to allow game creators to develop their 2D pixelated characters and games. The platform was predicated on user generated content.

“It took off. Over the next eight years we attracted 40 million installs and 70 million user generated worlds. And the game generated good revenue for the company.

“So that made us happy, but we were also frustrated as we could not reward the creators of these worlds, these games, and typically they would leave after a year or so.”

Then in 2017, Borget and Madrid found out about blockchain technology.

“We tried playing crypto kitties. Now the breeding of new kitties was not new, but the fact that cats were NFT digital assets that could be owned, transferred outside the game and sold to other people – that made us sit up. Creators could now monetise their work outside the game.”

This led to the precursor of the Sandbox metaverse. The concept was to take user generated content and NFTs and provide utility for those in a new platform. The game moved from 2D to 3D, from single player to multiplayer and from mobile to both PC and Mac.

“We spent the last four years building more than a game, we were developing a virtual world platform with creation tools, a free editor, game maker, a map and a marketplace. We are proud of what we have achieved so far and are building on more.”

This is where the ‘overnight success’ title is rejected. This was eight years in mobile gaming and four in blockchain. Still Borget’s real pride lies in the fact that they can reward creators for what they develop or even for staying on the platform.

“The timing is right.”

Sandbox has also been very successful in attracting brands to the platform, including big names such as The Walking Dead, Atari, Rollercoaster Tycoon, Care Bears, The Smurfs, Shaun the Sheep, and Binance.

With his cofounder Madrid, Borget credits both the entire team and the community for its growth.

“We’ve been unlucky at times and also lucky. I wouldn’t pretend we invented anything. The ingredients were all there and we were able to piece them together with meaning, value and utility. Now we are focused on how we develop this form of entertainment. We started with gaming but we are open to any kind of entertainment and want to bring in more culture, more lifestyle, more immersion and more socialisation in ways not seen before.”

Currently the Sandbox is run as a centralised entity, but the economy is being decentralised through NFTs – Borget calls it a progressive decentralisation.

“We want to give our vision and then to inspire others but in time we will probably step away and let the community take over.”

The latest Open Metaverse Accelerator Programme announced in conjunction with Brinc is only one of a series of programmes aimed at bringing new creators and users onboard.

“We set up a Creator fund before for artists and a game maker fund to support rich, diverse experiences for non-professionals. We want to attract entrepreneurs who want to leverage the assets of the Sandbox lands and to propose new businesses to build on top of the ecosystem.

“We’re basing this development on Web 3 but we are looking for people from all over the world – especially if they have great ideas but maybe don’t have access to VCs or funding. I also want to emphasise it’s not just money – we have some great mentors giving their time also.”

Entries for the latest grant offering closes on February 27, 2022 and the results announced on International Women’s Day on March 8th.

Already there are more than 600 entries for the 100 places but that is just part of the overnight success of Sandbox. More to come. 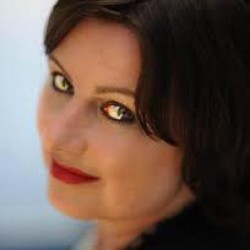 Jillian Godsil is an Editor at Large at Grit Daily. She is the founder of Block Leaders and a freelance journalist for CoinDesk. Based in Ireland, she is a former European Parliament candidate.