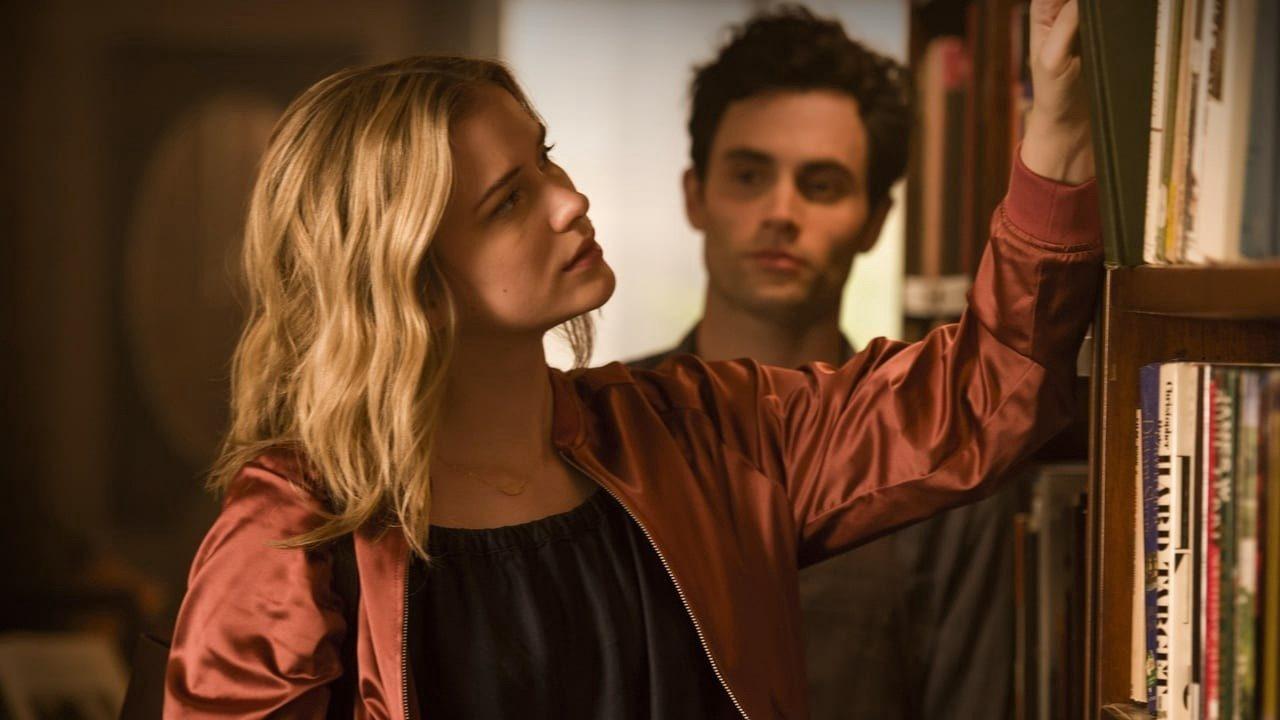 Season 2 of the Netflix series You dropped this month, and fans that binged the hell out of the first season were chomping at the bit.

Based on the 2014 novel by Caroline Kepnes, I was skeptical about how You would translate on screen, given the unique angle when it comes to first-person delivery from our narrator, Joe Goldberg. Season 1 of the series definitely worked. I was hooked immediately even though I knew what was going to happen. Season 1 followed the book version pretty tightly — hardly ever straying from the original narrative.

Season 2 of You is much more loosely based on Kepnes’ 2016 novel Hidden Bodies, which did serve as a sequel to the first novel.

For those of you that are unfamiliar, You chronicles a man’s obsession with a woman that he meets after she comes into the bookstore where he works. Obsession turns into a deadly game, and Joe’s unhinged past is slowly revealed more and more. Season 1 is very much an active pursuit of a woman. Joe Goldberg is in complete control of the series of events that he weaves as he stalks his prey, regardless of how awry things eventually go.

Related: Netflix Drops First Teaser for Season Two of ‘You’ and It Looks Even Darker

In the long-awaited second season, Joe, played by Penn Badgley, moves from New York City to Los Angeles to escape the deranged yet captivatingly binge worthy “I just can’t look away” events that transpired in the first. He even adopts the new alias of “Will Bettelheim.” What immediately struck me early in the first episode is that the woman that is intended to be the next “victim” of Joe’s fixation finds him before he can approach her. This subtle action sets the tone for the entire season, and that tone is radically different from its predecessor season.

Women are firmly in the driver’s seat.

Joe (Will’s) new love interest, fittingly named “Love,” is played by Victoria Pedretti and is a force of nature. Love is a grieving young window yet highly evolved and seemingly grounded with a very “live in the moment” attitude fit for that West Hollywood crowd — although she manages to avoid any air of falsity. A vast contrast to Season 1’s “Beck,” — a floundering, vain grad student with writer’s block and pretty serious Daddy issues.

Joe is just along for the ride as Love ushers him into Los Angeles living and tries her damndest to figure him out. When they finally “get together,” it is entirely on her terms. In fact, it is Joe that gets cold feet. (Maybe because he’s not accustomed to strong women taking what they want?)

In addition to Love’s bulldozer of a character — Joe finds himself flanked by 15-year-old creative genius Ellie (Jenna Ortega) and her older sister Delilah (Carmela Zumbado) who manages the apartment building where Joe finds himself living. Spoiler alert: Joe winds up “tangoing” with Delilah as well, but trust me, he doesn’t have much say in the matter.

As opposed to a TV show in which Joe is a voyeur, predatorily stalking and heinously intruding on the privacy of his “love interest,” in season 2, Joe is taken for an absolute ride by these women. He has virtually no power over the circumstances and events decided by an all female congregation. In fact — (another spoiler alert) the only real “kill” that he makes even somewhat intentionally is…  a dude.

You season 2 apologizes to the women of season 1 — and pretty much all women.