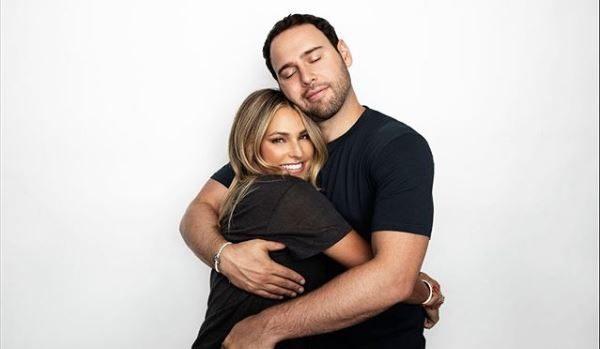 Braun, the music legend and talent agent who manages an extensive lineup of artists, most notably, Justin Bieber, Ariana Grande, and Selena Gomez, has remained silent during the Swift-Big Machine war, hoping it would come to a quick resolution. Unfortunately, this was not the case.

Since Braun’s Ithaca Holdings announced the acquisition of her former record label, Braun has stayed silent, watching, observing, and listening to the hatred that has been spewed, now turning to anonymous death threats towards he, his wife, Yael, and his children.

For those in the industry who know Braun, utilizing social media for anything but sharing his client’s stories, their success, and of course his family life is his primary use–never to bicker and avoid personal face-to-face interaction. But the feud has escalated to where it is now that he stated he had no other choice or options.

“…my attempts and calls to have an open discussion with [Swift] over the last 6 months have all been rejected. While some on your team and many of our mutual friends have tried to get you to the table, all have had no luck. It almost feels as if you have no interest in ever resolving the conflict.”

As the world learned from his Instagram post last night, Braun has been very open in his attempts of resolving the on-going conflict with Swift, sharing that for over six months he has attempted to reach out to her personally and to her representatives, with no success.

“…at this point with safety becoming a concern I have no choice other than to publicly ask for us to come together and try to find a resolution. I have tried repeatedly through your representatives to achieve a solution but unfortunately here we are. This game of telephone isn’t working.”

Expressing his “shock and disheartened” feelings on the pain Ithaca’s acquistion has caused Swift, Braun further added that he is “open to ALL possibilities.”

With the American Music Awards (AMA’s) around the corner, Swift has continued to share across social that she has been restricted and prohibited from performing any of her original songs, forced to perform new music at this year’s show. But, from Braun’s post, this isn’t the case. At all.

Refuting any claims that they have ever bullied the artist or any artist for that matter, Braun emphasized his passion and career-long mission of being “in the service of creatives,” and “never the other way around.”

“As the world now knows, [Swift] can and should perform any song [she] would like at the AMAs. I have never and would never say otherwise. You do not need anyone’s permission to do so legally, but I am stating it here clearly and publicly so there is no more debate or confusion.“

For those just learning about the Swift-Big Machine feud, this battle has been on-going well over six-months, surrounding Swift’s legal rights and creative control over her previously recorded masters.

For the duration of Swift’s career, she has released six studio albums, each of which has gone multi-platinum. All of six of those albums are owned by Big Machine Label Group, an independent Nashville label founded by Scott Borchetta in 2005.

In 2004, Borchetta approached Swift and her family after meeting her at the Bluebird Cafe in Nashville. While Borchetta initially didn’t have the infrastructure or financing to bring her on, he made an offer to Swift and her parents, whereby he would recruit her to the new label’s roster after it was established.

The Disruption of the Industry: Spotify

Under the terms of her deal with Big Machine, the label owned the rights to Swift’s recordings, which is standard for most label deals. However, over the years, Swift has attempted to re-work her deal to re-gain control over her masters, proposing to make that potential ownership stake part of a new deal. Unfortunately, such a deal never came to fruition.

During this time, the music industry took a rough hit as digitization took over and digital music streaming became the new norm in obtaining, listening, and distributing music.

Enter Spotify and the beginning of Swift’s drama throughout the industry.

In November 2014, Swift announced her disapproval with how Spotify dispersed artists payouts and royalties. Consequently, Swift removed all but one of her songs from the platform in July of that same year. Following Swift’s move, artists including Justin Moore and Brantley Gilbert also removed their music from the platform, but similarly allowing one song to remain on it.

After in-depth back and forth discussion as between Spotify and Big Machine, Swift’s entire music catalogue returned to Spotify in June 2017.

In November 2017, Swift released her sixth studio album Reputation, which ultimately became her last album released under Big Machine, as her contract with Big Machine expired in November 2018.

Soon thereafter, Swift signed with Republic Records under a deal in which she would maintain ownership of her masters going forward.

On June 30, 2019, Scooter Braun’s Ithaca Holdings announced its acquisition of Big Machine Law Group, with Borchetta remaining as CEO and a whole plateful of drama to come. And remember…Swift’s own father owns 3% of Big Machine. And which side of the battlefield is he on? Not Swift’s.

Not even 24-hours after the announcement, Swift took to social media, speaking out against Braun and Borchetta:

“He knew what he was doing,” Swift described Borchetta’s action. “They both did. Controlling a woman who didn’t want to be associated with them. In perpetuity.”

Swift continued with her accusations in a post on Tumblr (who actually uses that anymore by the way?), where she accused Braun of “incessant, manipulative bullying,” referencing the 2016 drama between her and Kanye West and Kim Kardashian.

Hours later, Borchetta responded with his own lengthy post, complete with photo evidence:

“Taylor had every chance in the world to own not just her master recordings, but every video, photograph, everything associated to her career. She chose to leave,” Borchetta wrote, attaching screenshots of negotiation papers between Swift and Big Machine, stipulating that all of her records would be returned to her within ten years.

Then Justin Bieber, Braun’s star pupil, took to Instagram, defending Braun, telling Swift that “Scooter has had [her] back since the days [she] graciously let me open up for [her]! Seems to me like it was to get sympathy u also knew that in posting that your fans would go and bully Scooter.”

The Battle of One

Swift ultimately told the public that Braun and Borchetta refused to hand over the rights to Swift’s masters, and so Swift’s “sole” social media war against Braun and Big Machine began.

On Thursday night, Braun also shared a screenshot of an anonymous text message he received threatening the lives of he and his children:

Regardless of the side you are on, two-things are clear:

One, owning your master recordings is essential, whether you are an up-and-coming artist, because you never know what the future will hold, and

Two, Braun has put an end to much of the debate surrounding Swift’s accusations. As throughout the entire battle, he has continued to take the high road, never using social media as a weapon or means for attack.

Now, it’s up to Swift to continue what seems to be an extremely childish “he said-she said” scenario, or to meet with Braun and Borchetta and come to a resolution.

For the love of god, the world is tired of your problems.