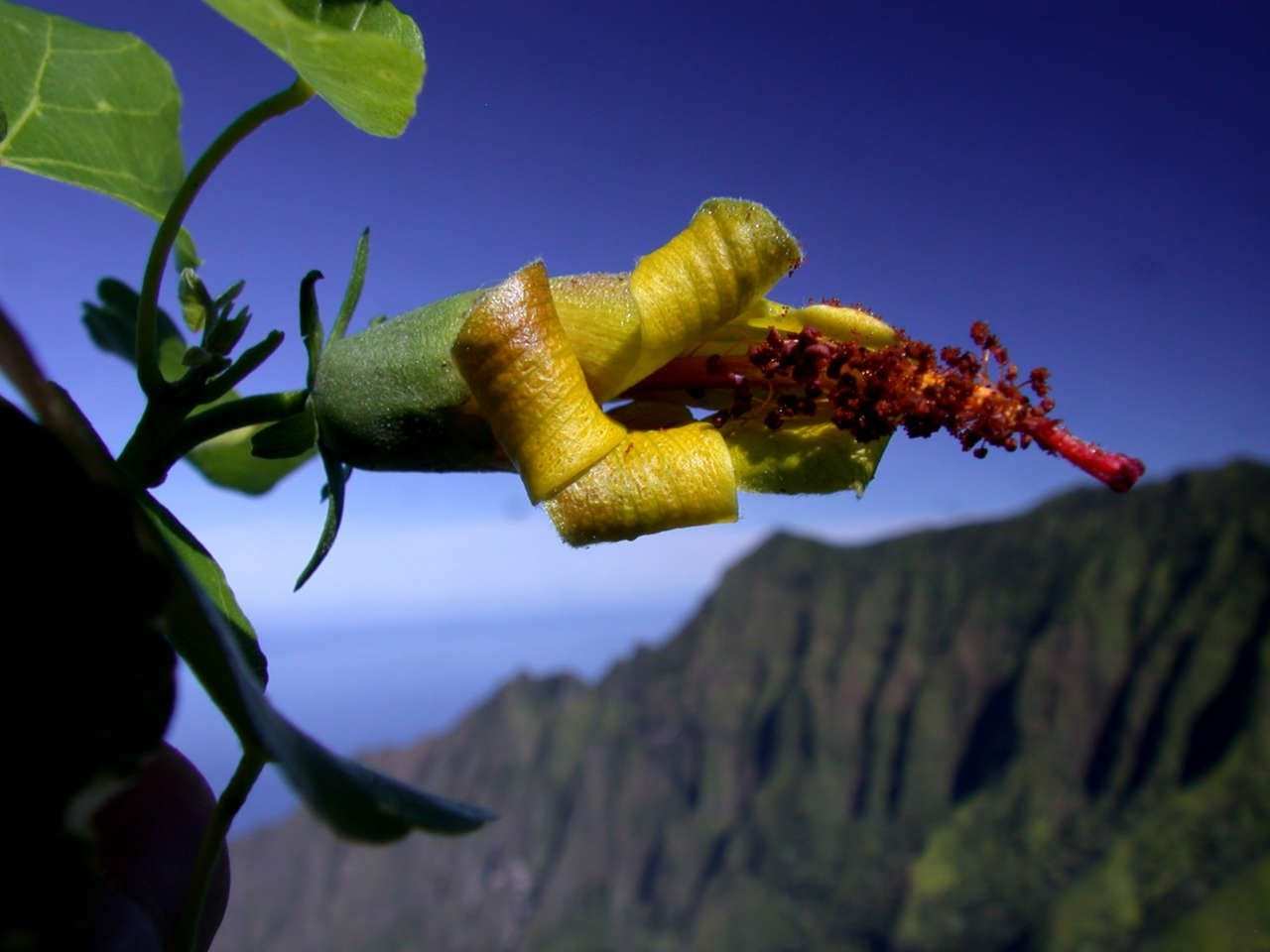 Ah, the miracle of technology.

Botanists in Hawaii were able to use a drone to access otherwise unreachable areas of the Na Pali coastline in Kuai recently. The area of Hawaii is home to lots of plants and animals, including the Hibiscadelphus Woodii, a rare plant that was declared extinct back in 2009. Botanists were unable to save the species of plant through propagation and grafts, so every known plant died off. That is, until one was discovered on a cliff side in the Kalalau valley area of the Na Pali coast.

Botanists had a feeling that they would discover something great on the remote cliff because of it’s inaccessibility to humans and animals. Most other areas experience some level of destruction, either because humans step on or pick the plants that they find, or the area gets eaten by goats. Since neither can access the Kalalau cliff side, odds were high that the area would be lush with rare plants and vegetation.

The National Tropical Botanical Garden conducted a survey via drone to check out just what was living on the iconic coast. They found that three of the previously extinct plant were living on the cliff side. This could mean that the plant isn’t just safe from extinction, but is possibly flourishing. The pant is native to Hawaii and is a member of the Hibiscus family. It’s characterized by it’s yellow petals, which will turn a deep purple later in its life.

More than just a photography tool, drones are increasingly being used by scientists and botanists to survey hard to reach areas without disrupting the natural plant and wild life. Since the only issue with a drone is the potential of falling and the noise that the machine creates, this reduces potential harm significantly when flown by a professional.

Don’t expect to be able to fly your own drone over to the area and check things out yourself, though. National and State Parks (like the Na Pali coast) are off limits to drones in a major way. Only special persons with permits are allowed to fly within the parks, and those permits are definitely not open to the average visitor.

The Hibiscadelphus Woodii was discovered back in 1991 by The National Tropical Botanical Garden in Hawaii. By 1995 it was classified as a new species of plant. However, it was very rare—even back when it was discovered. Botanists tried their best to save the plant species through propagation. This is a process of growing new plants from an old one by taking small cuttings or seeds and developing them by hand. It didn’t work, though, and the plant was declared extinct by 2009.