It’s an odd year, which can only mean one thing: Utopias is coming October 15. Sam Adams announced the return and release of its exclusive Utopias beer, a collection so unique, only 100 casks were made, it’s $210 per bottle, and and get this…it’s illegal in 15 states.

Officials said the beer is illegal because of its high 28% ABV content, compared to a standard Sam Adams Boston Lager which only has 5% ABV, while most vodka is somewhere in the 40 percent range. Who would’ve thought beer would actually be more potent than vodka?

Due to the ABV, Boston Beer Company, which owns Sam Adams, says it can’t be shipped to you if you live in any of these 15 states: Alaska, Arizona, Georgia, Idaho, Missouri, Mississippi, Montana, New Hampshire, North Carolina, Oklahoma, Oregon, South Carolina, Utah, Vermont, and West Virginia. The high alcohol volume is a result of the fact that only 77 wooden casks of Utopias were brewed in 2019, meaning each beer is very concentrated.

And in case you’re wondering, because you definitely are curious, a keg of Utopias would cost over $33,000…that’s one hell of a keg party. Despite its hefty price tag, consumers get pretty excited about the release with each new batch, which comes in 25.4-ounce bottles.

It’s an odd year, which can only mean one thing: Utopias is coming… pic.twitter.com/n3vpZhozzr

Like its predecessors, 2019 Utopias is a blend of earlier batches of Samuel Adams’ extreme beers, a catalog dating back over 25 years, which have been aging in wooden bourbon casks from Buffalo Trace Distillery. Brewers took portions of this beer and transferred them to Aquavit, Carcavelos and ruby port barrels to impart complex flavors to the beer.

This year, brewers also experimented with Cognac and Madeira finishing barrels which enhanced 2019 Utopias with distinct vanilla notes and subtle nutty and elegant dark fruit aromas. As a final step, and to add a slightly tart note, brewers blended in a touch of Kosmic Mother Funk (KMF), a unique wild ale that is fermented for two years in Hungarian Oak foeders at the Boston Brewery.

The brewery describes it as having “a deep, rich, malty smoothness reminiscent of a vintage Port, Cognac, or fine Sherry.” This year’s release includes Utopias aged in Scandinavian Aquavit barrels and, for the first time with this beer, Moscat barrels. It also contains a bit of Vermont maple syrup.

“Since it was first brewed, Sam Adams Utopias has been nothing short of a labor of love,” said Founder and Brewer Jim Koch. “As brewers we take pride in everything we make, but there’s something special about putting such a unique, extreme beer in the hands of not only the craft beer community but our coworkers. Involving new members of our team from Dogfish Head in the bottling process this year signified collaboration, progress and inspired future innovations that we can’t wait to share.” 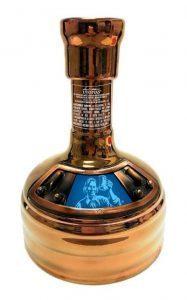 Utopias is bottled in a custom, 25.4-ounce ceramic decanter modeled after the iconic copper brew kettles. A brew as unique and complex as Utopias should be enjoyed in a glass that enhances its aroma and flavor, like a small-bowled Cognac or snifter glass at room temperature in one-ounce pours. Several years ago, Samuel Adams collaborated with world-renowned glassmaker Georg Riedel to design the perfect glass to enjoy Utopias.

The first bottles of Utopias will be shared with Samuel Adams coworkers as a sign of appreciation, each created and bottled with care by their very own. A tradition that has been carried on since the Utopias’ inception, each bottle of this limited release is numbered, with coworkers receiving the digits that correspond to their hire date. Like the Utopias aging process itself, tenure matters.

It’ll be available at select locations beginning October 15, as well as at the Samuel Adams Cincinnati Tap Room on November 15 for an anniversary event. Since it can be tricky to track down, Sam Adams has a beer finder. So, get your wallets out and ready and get to searching! For more information on the beer you can visit the Samuel Adams website. 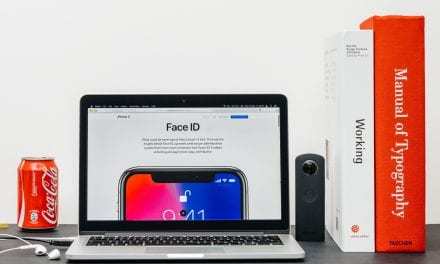 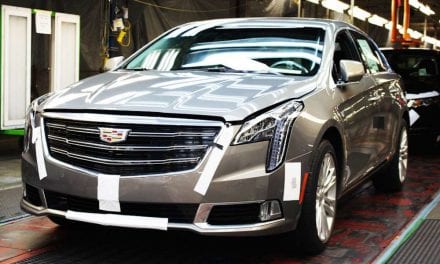 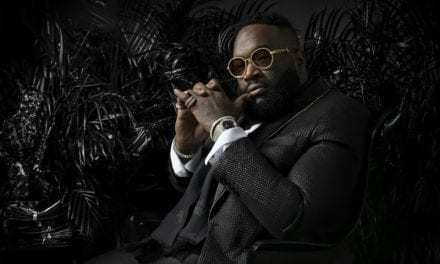 Rick Ross on Living the American Dream and Not Fearing Death 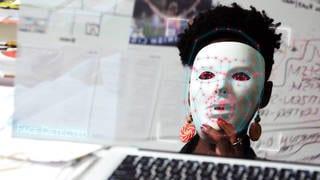