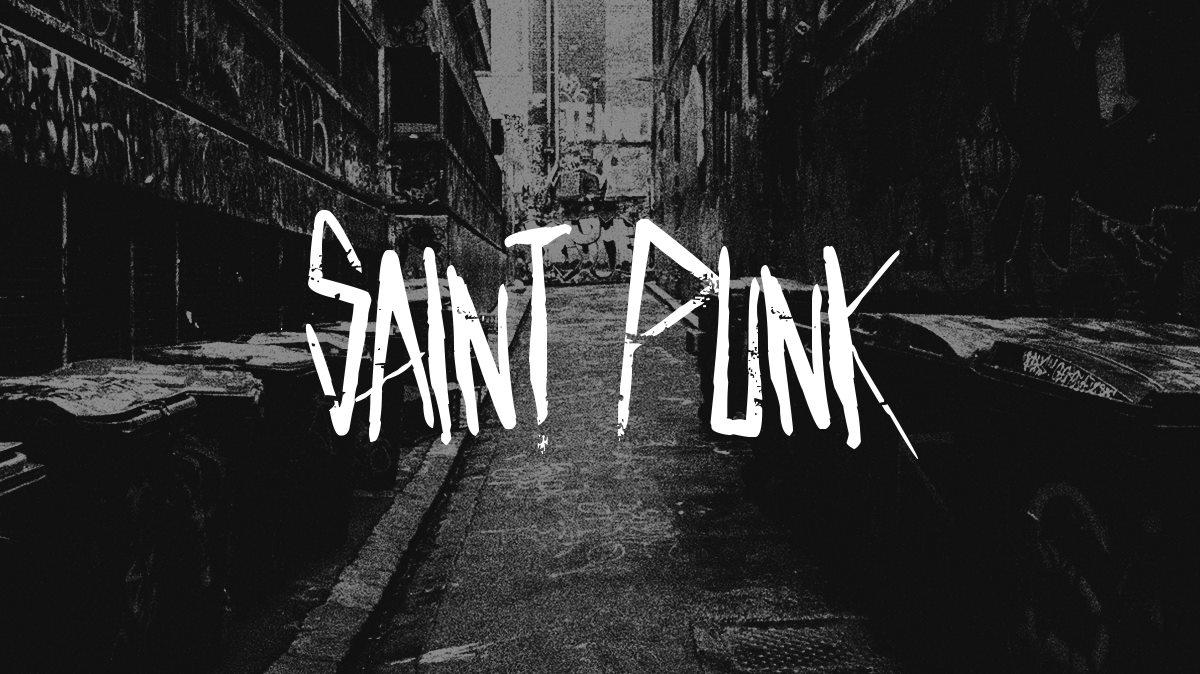 2020 has been one hell of a year so far. Thankfully, the new music coming out during the quarantine has been top tier, so, there will be something for you when it inevitably becomes time for an escape. One of the new songs that have been in heavy rotation for me is “Molotov Cocktail”, a bassy House banger from the innovative producer Saint Punk.

“Molotov Cocktail” is a gritty track that will get heads banging with its distorted bassline and Jackin House-esque percussion. The song features some party vocals laid over dirty bass and writing that keeps you hooked as the track builds on itself, resulting in a killer peak-time tune. “Molotov Cocktail” was released on August 7th via Saint Punk’s own label, Graffiti Records. You can grab your free download here!

Saint Punk’s signature take on the Bass House sound has been dubbed “Grunge House” because of its wet distortion and dirty energy. Having grown up on Grunge and starting his musical journey as the frontman of a rock band, it is easy to understand how the 90s sound was a pivotal influence on Saint Punk’s artistic output.

One of Saint Punk’s most obvious strengths is his sound design. The crispness of his engineering is very impressive and new producers should take advantage of the production tutorials that he has available on his YouTube channel.

We had the opportunity to chat with Saint Punk about Grunge rock, his creative process and his production tutorials. So, check out “Molotov Cocktail” below, get to know the talented musician a little better, and then check out his bootleg of Nirvana’s “Smells Like Teen Spirit” to get the full Grunge House experience!

Grit Daily: Thanks for the time, hope all is well! How have you been handling the pandemic as an artist?

Saint Punk: That’s a loaded first question already! As an artist, I am usually in a studio all day making music, so nothing has changed on that end, but I was heading into the summer and fall looking forward to finally getting out on the road. This time at home has allowed myself and my team to really focus on putting out a bunch of music, content, and really push this project forward, so that when the time comes to play live, I will have that much more music out in the world.

GD: Could you tell us about what got you started making music and what made you transition to producing electronic music?

SP: I have always been obsessed with music. I first started out singing in a rock band here in SoCal. We toured all around the country and even had a residency at the Viper Room on Sunset. After the band parted ways, I began diving into the electronic space. I was able to focus on my ideas and bring them to life in a way that was different from the band. I just fell in love with it.

GD: How is the creative process different between being in a band and producing music?

SP: The biggest difference is that now I AM the band. I have the control to write and make whatever I want. I am in the driver seat when it comes to the production, aesthetic, photoshoots, videography, etc. I also come from an advertising and marketing background, so everything you see on my socials, from artwork to the videos is coming from me.
Just recently I’ve been able to expand my team though, where I can have really dope creatives assist me in bringing my ideas to life. That gives me more time to put my creative juices into the music.

GD: What comes first for you, the music or the lyrics/message?

SP: It depends. Sometimes it’s an idea I will have on the production side, and sometimes I will have a message, feeling, or emotion I want to create a record around, which is how ‘Molotov Cocktail’ came about.

GD: I love the name of the label, could you tell us what made you want to start your own label and a little about the artistic philosophy driving Graffiti Records?

Having creative control and the ability to make decisions without having to get the green light from someone else is empowering. Don’t get me wrong, I wouldn’t be here if it wasn’t for labels like Confession, Armada, Bite This!, Thrive, and so many more that have really believed in this new grungy bass house sound I have been making.

Over the last two years, and even before Saint Punk, it has always been a dream to be able to leave a legacy and help support rising artists who are in the same position I was once in.

GD: How much of an influence does grunge rock have on your artistic sensibilities?

SP: It definitely has a lot of influence as you can see in the music I release, from the bootlegs which I started out releasing, to the label name, to the aesthetic of my overall brand. Grunge rock is what I grew up listening to, along with many other styles, but one which really has always resonated with me as an individual.

GD: What is your favorite grunge band?

SP: I know it’s an easy one to call out, but I would definitely have to say Nirvana, hands down. The songs are pretty timeless. Cobain was the real deal.

GD: It seems like artists these days need to engage with the public in a lot of different ways, something that you do in a sense with your Youtube production tutorials. What are your thoughts on that?

SP: We live in a much different time than we did before all these social applications and streaming platforms came into existence. My unique style has been a big driver as to why I have a strong following of aspiring and rising producers. My team and I wanted to expand on the overall brand and felt that giving production tutorials in the form of ‘Band Practice’ would come easy to me, and also be beneficial for my fans. Even fans that are not producers still reach out to me letting me know how much they find these videos interesting.

Dissecting one’s music, and allowing your fans to enter your mind of how certain songs came to be, allows me to connect on a more personal level with everyone.

GD: What is next for Saint Punk?

I will be in the studio until people start listening and put on a f*cking mask! In all seriousness, I have music coming out every month leading into 2021, some months I’m even releasing two records.

My team and I will continue to find ways to engage with my fans, from live streams to more Band Practice tutorials, to some other fun projects we have in the works that I can’t speak too much on. It’s all onward and upward though.