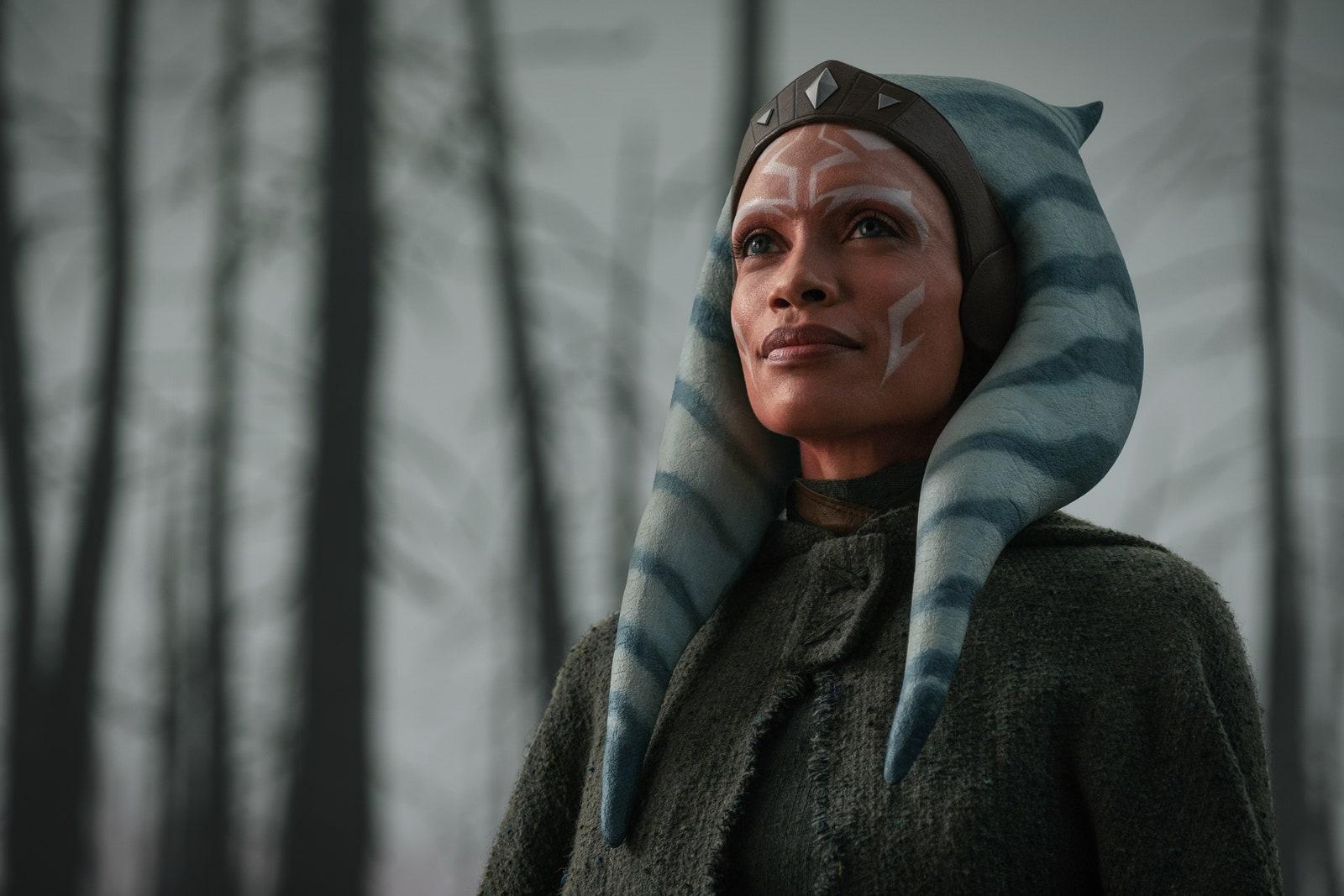 Why Rosario Dawson is the Perfect Live-Action Ahsoka Tano

By Katherine Stinson ON December 3, 2020

The dangerous thing about hype is that it can far too often fall short of expectations. However, Ahsoka Tano’s (Rosario Dawson) long-awaited appearance in season two of The Mandalorian lived up to months of fan expectations. Here’s why.

Ahsoka’s been through hell and back. She was framed for the bombing of the Jedi Temple. When her name was cleared she decided to leave the Jedi Order, broken by her treatment at the hands of those supposed to be on her side. Ahsoka survived Order 66, the great Jedi purge.

Her former Jedi master Anakin Skywalker turned to the Dark Side and became the infamous Darth Vader. However, Ahsoka kept fighting, even facing her former teacher after his transformation into Vader. In a funny real-life twist, Dawson’s fellow acting student in her first acting class was Hayden Christensen, who played Anakin in the Star Wars prequels.

Dawson plays a war-hardened Ahsoka well. Her joy at seeing Baby Yoda, a rare fellow Force-user was heartwarming. She reveals to Mando that Baby Yoda’s actual name is Grogu and he was trained by Jedi masters at the Jedi Temple on the planet Coruscant. The significant thing about this is that Baby Yoda (I will refer to Baby Yoda as Baby Yoda just for the sake of this review) was around when Ahsoka was Anakin Skywalker’s Padawan.

Someone, Ahsoka informs Mando, rescued Baby Yoda before the newly anointed Darth Vader slaughtered all of the younglings at the Jedi Temple during Revenge of the Sith.

One of the best moments of, “Chapter 13: The Jedi,” was Dawson’s Ahsoka picking up Baby Yoda after he held out his arms to her, in the ultimate act of trust. Nothing needs to be said, because Dawson’s face says it all.

It’s a beautiful moment of peace for Ahsoka and Baby Yoda. Mando asks Ahsoka to train Baby Yoda but she ultimately comes to the conclusion that she shouldn’t train Baby Yoda in the Force. She senses his fear, and tells Mando she doesn’t want Baby Yoda going down the same path Anakin did.

Dawson’s portrayal of Ahsoka is subdued yet epic. She’s no longer the precocious Padawan from the beginning of The Clone Wars (which is also on Disney Plus, and a show I HIGHLY recommend. It adds a lot of context to The Mandalorian and it’s a great show).

The duel Ahsoka has with the sadistic leader of a local town is also great. It’s frustrating how a fight between two women many forms of media is typically a catfight, usually over a guy. Here we have Ahsoka fighting the Magistrate (Diana Lee Inosanto), a woman ruling a terrified town with a staff of Beskar, and it’s for control of the city. What’s even greater about the scene is that Mando and one of the Magistrate’s men are sidelined as the two women duke it out.

After defeating the Magistrate, Ahsoka asks where Grand Admiral Thrawn is. Without being too spoiler, Thrawn is a villain from another Star Wars computer-animated series called Star Wars: Rebels, another show worth watching on Disney Plus. It’s a big question that could lead to Dawson’s return as Ahsoka to the series, so I hope The Mandalorian follows through on this.

Ahsoka reiterates to Mando that she can’t train Baby Yoda because he’s far too attached to Mando as a father figure. She does tell Mando to take Baby Yoda to a planet where there’s ruins of another Jedi temple (not Coruscant). Ahsoka says Mando should place Baby Yoda at the top of a mountain and see if any surviving Jedi responds to the Baby Yoda beacon.

Although it’s frustrating that Ahsoka refuses to stick around to train Baby Yoda, I subsequently like that the show did what felt right for her character, rather than keep her around just because she’s a fan-favorite. However it would be dumb not to bring Dawson back for another episode.

She did a fantastic job of bringing a fan-favorite character to life and clearly did her homework for the role, mentioning in an interview how she studied the performance of Ahsoka’s original voice actress Ashley Eckstein. Eckstein founded Her Universe, a fashion for fangirls site that of course, has cool Ahsoka merchandise.

It can be a daunting task to take on the role of a beloved Star Wars character but Dawson did a great job. Hopefully Mando and Baby Yoda will see Ahsoka again, but until then she’ll keep fighting for justice as she always does, white lightsabers in tow. Could an Ahsoka spin-off be next?