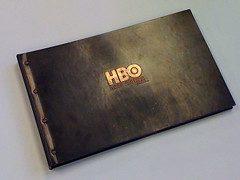 Ronan Farrow, an investigative journalist, is developing a series of specials for HBO. According to a statement from HBO, the series will cover “the abuse of power by individuals and institutions, and will proceed in tandem with ongoing reporting for the New Yorker.”

The series will focus on threats and violence directed at journalists working to expose corruption and abuse by powerful interests.

Farrow will also produce other topical, newsworthy pieces for the network. It’s unclear exactly what this means, but HBO says more details will be announced as they’re confirmed.

President of HBO Programming, Casey Bloys, said of the project:

Ronan Farrow’s extraordinary, revelatory reporting for the New Yorker has helped to propel a string of other investigations, breakthroughs and overdue conversations. His work has contributed to this watershed moment in our culture, and we are excited to provide a platform for this dogged reporter to pursue projects that continue to speak truth to power

Farrow seeks to provide a “new generation of viewers…serious and substantive reporting that takes on powerful interests and attacks systemic unfairness.”

Ronan Farrow is best known for his investigative reporting into the Harvey Weinstein case. In a piece for The New Yorker, he exposed the vast allegations of sexual misconduct against the now-infamous Hollywood powerhouse. That reporting won Farrow a Pulitzer Prize in 2018.

He was also a reporter at NBC news until the network decided against moving forward with his story on Weinstein. He documented this, as well as his work on the Weinstein case, in his 2019 book Catch and Kill.