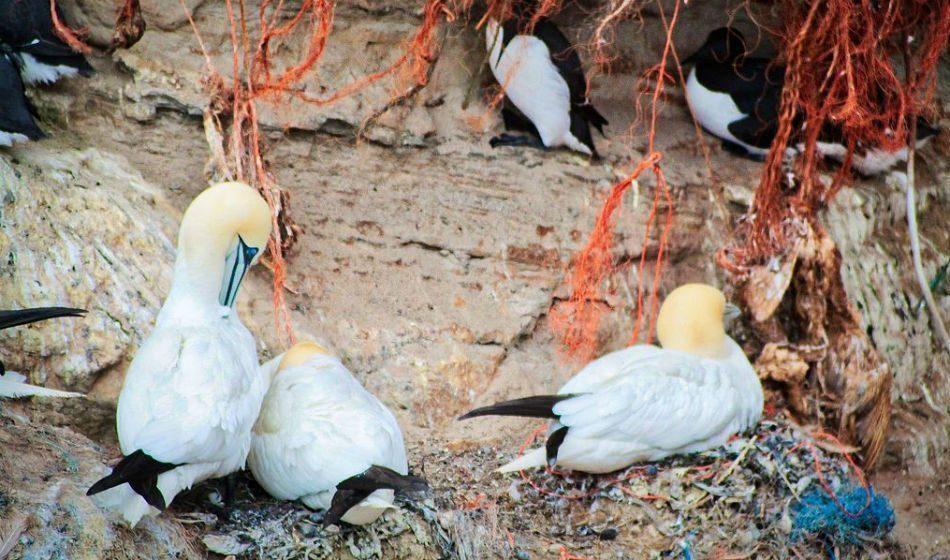 Rolex Award Winners Include a Groundbreaking Approach to Plastic Waste

The Annual Rolex Awards honor innovative individuals who are working diligently to preserve the planet, increase the scope of human knowledge, or protect a specific cultural heritage. Unlike a normal awards ceremony, the cash prize given to each winner goes toward completing projects that will better the lives of people or animals. The judges initially narrowed the stiff competition down to 10 deserving candidates, each of whom received $200,000. The final five became this year’s Rolex Awards Laureates. All five laureates presented groundbreaking research from their respective fields, including one project presented by one of the Rolex Award winners that could transform plastic waste into a very valuable substance.

During #NatGeoFest this week, we were inspired by the stories of our 10 Rolex Awards for Enterprise finalists. Congratulations! #partneredcontent with @Rolex pic.twitter.com/tEfw0T3qcG

As an eighth-grader, molecular biologist Miranda Wang started learning about recycling and plastic waste. Before her teenage years were through, she’d founded BioCollection with the goal of reducing plastic waste and carbon emissions. Now, at 25, Wang is 2019’s youngest Rolex Awards Laureate for answering a very vital question: How can you turn dirty, unrecyclable plastic into a source of revenue while bettering the environment?

Miranda Wang @mirandaywwang and her team of chemists and engineers at @BioCellection have invented a chemical recycling process for polyethylene plastic. She’s a 2019 @Rolex Awards for Enterprise finalist. #NatGeoFest #PerpetualPlanet pic.twitter.com/2p32L7doVB

Wang’s approach to this problem stems from something she first witnessed in the eighth grade. In a nutshell, she’s emulated the process of bacteria breaking down plastic by creating a 14-step process.

Alternatives to plastic are on the rise, but instead of taking a long time and harming the planet, her creation speeds up the process and could remove up to 320,000 tons of carbon emissions by 2023. Even better, the final stage of her process converts the old plastic into a valuable material that’s needed to make lubricants and nylons.

In the next four years, Wang believes BioCollection could successfully recycle 45,500 tons of previously unrecyclable plastic. Meanwhile, the U.S. is currently racking up 360 tons annually of this particular waste inside municipally run disposal centers. In other words, if Wang’s plan comes to fruition and enough municipalities buy into it, the problem of dirty plastic waste could become virtually eliminated.

Reducing the Damages of Animal-Human Conflicts in India

The second of two 2019 female laureates, Krithi Karanth, wants to ease the burden between Indian villagers and conservationists by helping them deal with animal-human conflict damages.

Many large wild animals, including tigers, leopards, and elephants, share a mere 5 percent of India’s landmass. Such a tiny land allotment isn’t enough, which leads to numerous harmful animal-human conflicts. Often, land and crops are often destroyed. This leads to a huge risk of fatalities on both sides.

When crops and other valuables become damaged during one of these conflicts, the Indian Government helps compensate the farmers and villagers in question. However, this is not an optimal process, and many villagers grow hostile toward conservationists because of it. Karanth stepped in to reduce hostilities and help farmers gain access to the government’s compensation package.

Saving a Fish Species from Extinction

Laureate João Campos-Silva believes that saving the endangered arapaima fish will enable Amazonian communities to thrive in new and exciting ways. Arapaima provided one of the primary food sources for the Amazonians all the way back to the very first settlements. Unfortunately, overfishing and pollution recently pushed the species to the brink of extinction.

Campos-Silva’s conservation program brought arapaima roaring back by 30-fold. In fact, he plans to expand this program to 60 new communities, providing a reliable source of income for locals at the same time.

Curbing the Threat of Malaria

Brian Gitta, one of the four Rolex Award winners, wants to empower people to detect malaria quickly and painlessly. He’s created a device named the Matiscope that can detect the presence of malaria without a blood test. Additionally, all it takes is a clean finger for the Matiscope to identify the malaria parasite. Thereby, making it faster than ever to receive life-saving treatment.

If everything goes according to plan, Gitta seeks to convince doctors about the efficacy of his design by delivering Matiscopes to hospitals throughout Kenya and Uganda.

Restoring the Ability to Walk

One of the Rolex Award Winners is Grégoire Courtine. His love of sports inspired him to tackle paralysis, especially among those who suffered from a broken back. Courtine studied the brain-body connection to find out exactly how the body learns to walk. From there, he developed a brain-spine interface that overrides the interference of a spinal cord injury.

Rolex provided each of the Rolex Award winners with an undisclosed sum. The funds will help them continue working for the betterment of humanity.