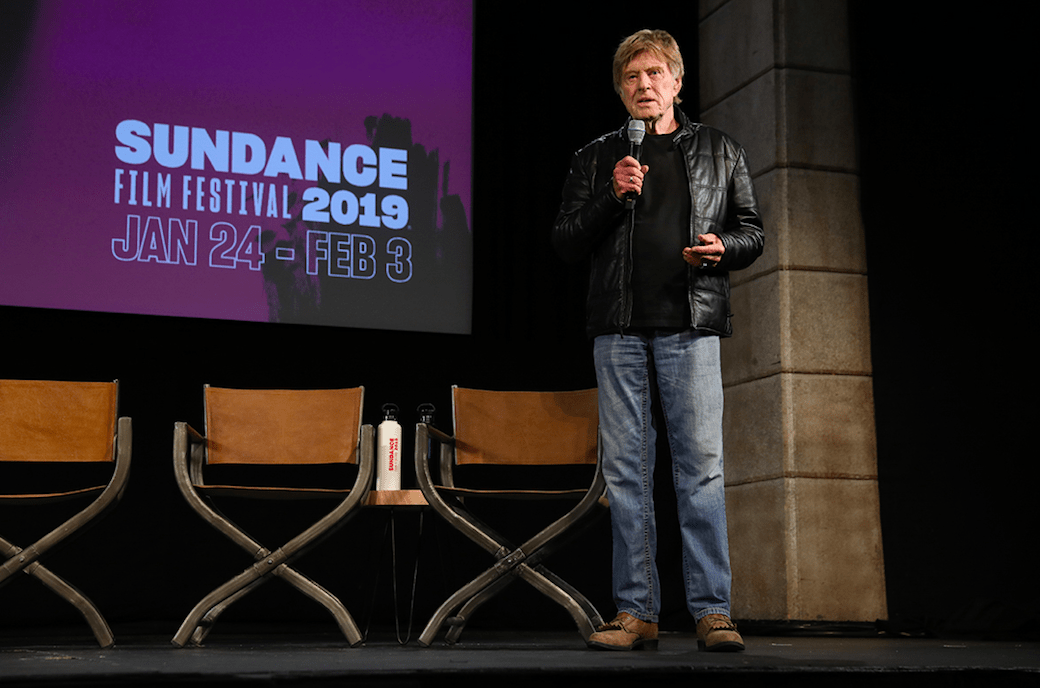 Robert Redford announced at the annual Sundance Film Festival kickoff press event yesterday in Park City, Utah that he plans to take a step back. “Having done this for, God, 34 years now, since the festival started,” he began as he took the stage at the Egyptian Theater on Main Street. “I think we are at a point where I can move on to a different place,” he said. The 82 year old actor played a pivotal role in establishing Sundance Film Festival as a major focal point in the film industry around the world.

The announcement came as no surprise. Redford’s appearance in the Fox Searchlight film The Old Man & The Gun was, supposedly, going to be his last onscreen appearance. Over the years, Redford has established himself as an invaluable member of the film industry. Not only with his affiliation to Sundance, but in his contributions to the world of independent film as a whole. In addition to the festival, Redford hosts filmmaker workshops at his ski resort of the same name throughout the year.

The festival began in 1978 as an effort to bring the film industry to Utah, where filmmakers would be able to receive tax breaks on production costs for film made within the state. The festival wasn’t acquired by Wildwood, a company owned by Robert Redford, until a couple of years later.

Notable films such as A Streetcar Named Desire, The Sweet Smell of Success, and Midnight Cowboy were among the first films to premiere at the festival during its 1978 debut. Over the next couple of decades the film festival would grow from its humble roots as an independent showcase into the industry powerhouse it is today. Sundance Film Festival has seen a lot of major releases under Robert Redford. The festival brings in millions of dollars to the local Utah economy and aided in establishing Park City as a world class vacation destination.

What’s Next for Redford?

“I’ve been spending a lot of time introducing things but I don’t think that the festival needs a lot of introduction any more,” said Robert Redford at the kickoff press event for the festival on Thursday, January 24. Redford plans to take a step back in the coming years and aims to spend more time with the filmmakers that present at the festival. Redford was nominated for a Golden Globe Award in the Best Actor in a Motion Picture – Musical or Comedy for his role in The Old Man & The Gun in 2018 but did not win.

The 2019 Sundance Film Festival kicked off yesterday in Park City, Utah and runs until February 3. The film festival will premiere dozens of films across a wide variety of categories and is home to world-class entertainment around the city.