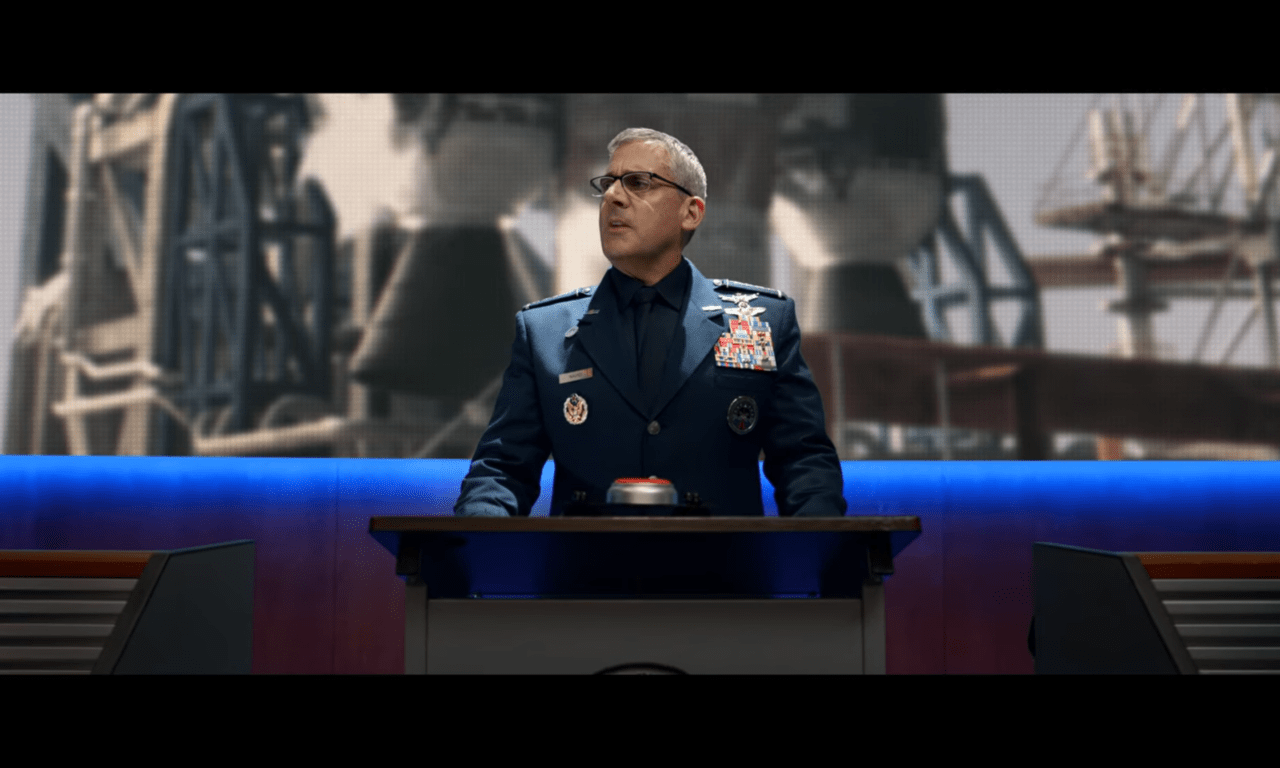 The COVID-19 pandemic has put a massive pause on new movie and TV releases. Friday, May 29th, saw the release of one of the lockdown’s most highly anticipated new shows, the Netflix original series, Space Force.

The streaming series’ debut could not have been timelier. The Steve Carrell vehicle launched the same weekend SpaceX‘s Falcon 9 rocket made history as the first commercial space trip in history. Space Force also premiered during one of the most turbulent times in America’s recent history, offering Netflix users a chance to distract themselves with Greg Daniels’ signature comedic style.

Carell and Daniels’ reunion had fans of The Office giddy with excitement since its announcement. The Office struck a chord with audiences and became one of the most beloved television shows in American history. The show’s fanbase is extremely loyal and many have watched the series from start to finish countless times. When the news broke that the comedic minds behind the wildly successful sitcom would be teaming up again, this time creating a series that spoofs one of President Donald Trump’s most satire-ready programs, many expected the results to be electric. Were they?

President Donald Trump’s mission to create the real-life Space Force already reads like satire. It would be nearly impossible to outdo the absurdity of the situation they are spoofing, so Carell and Daniels needed to find a new approach to handle the situation. That struggle to find a voice for the series is palpable in the final product.

In spite of the inspiration for the series being ripped straight out of the headlines, Daniels and company did a great job realizing that by the time the show would be available to stream, Americans might need to tune into something that allows them to take their mind off of our current reality. To that end, the president is only referred to as “POTUS” and the jokes at his expense are at a bare minimum. Instead of mocking our current administration and the comic book ideals that go into the creation of a space force, Space Force focuses squarely on its leader, Carell’s General Mark Naird.

Aside from the fact that it never really feels like the show pinpoints who Naird is exactly, it takes too long for the main characters to become apparent. The guest stars do such a great job with their little screen time—Jane Lynch in particular—and recurring characters come and go so sporadically, it is hard to delineate between core characters and background characters as the show gains momentum.

Do the Bright Spots Save the Show?

Space Force is not without its bright spots. Ben Schwarz’s publicist is great every time he is on camera, satirizing Millenials without falling into hack-ish tropes, delivering one of the show’s true laugh out loud moments when he dives into “clapback theory”. As always, John Malkovitch does an amazing job, this time by simply being John Malkovitch (that could be a movie right there).

The camera work is stunning and is perhaps Daniels’ biggest departure from his signature style. While the camera remains dynamic, it is not done in the mockumentary, shaky-cam style that Daniels is known for thanks to The Office and Parks and Recreation. The smooth editing and the sweeping movement gives Space Force an epic feel, creating a tone appropriate for the grand scale of the subject matter.

The camera work, crisp contrast and cold coloring combine with the opulent scoring to create a sad, sci-fi energy that permeates throughout the show. That tone is laid on top of the same style of humor that Carell and Daniels found so much success with on The Office. There are awkward moments and misunderstandings. There is overconfidence and ineptitude. And there are vulnerabilities and pop culture references.

All in All, What is Space Force? Is it Good?

The final result of Space Force feels like our current moment in time got The Office treatment, and we can look at that in two ways. We can skip what feels like a quick attempt to capitalize on a real-life headline blended with noughties nostalgia. Or, we can enjoy the intersection of absurdity and cynicism in a slightly depressing yet cathartic sitcom package.

Ultimately, this does not feel like a show that anyone will truly love. As it is, Space Force is an easily digestible, background-noise sitcom. That being said, as season one progressed, the show did start to find its footing. Should Daniels get his wish and Space Force is picked up for another season, it could build on the momentum it developed and become something good. As it stands now, the show is better in concept than in execution.

Boiling this Space Force review down to a simple score yields a generous 5/10.