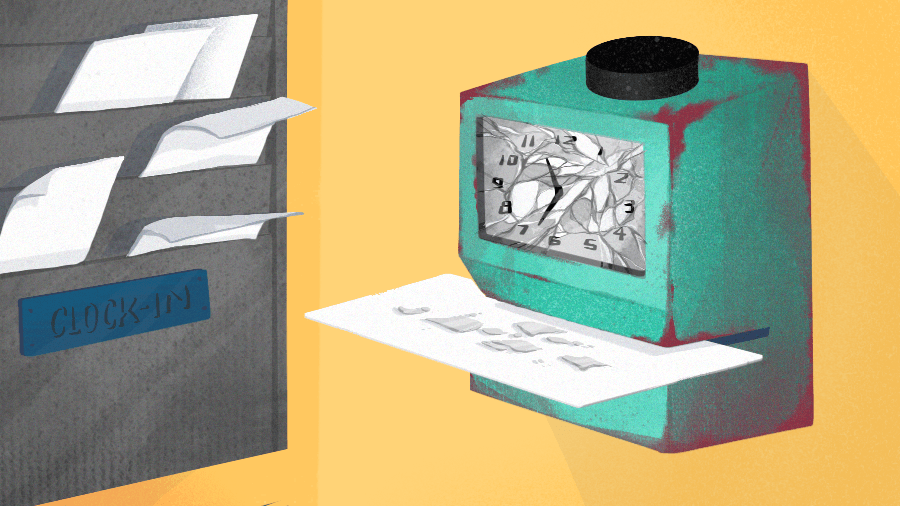 Today, the U.S. Labor Department reported some sobering figures: The number of unemployment claims filed over the past five weeks surged to 26.4 million.

The number marked a decline of 810,000 from the previous week, but the five-week total represents more than all the jobs added since the Great Recession, according to CBNC.

Jobs have been lost all over the country, and across a variety of sectors.

Just how hard startups have been hit is something we’ve been reporting on here at Crunchbase News, with new rounds of layoffs being revealed almost daily. Two weeks ago, we published a news report examining the layoffs in further detail. As of April 21, a total of 280 startups have laid off 21,609 employees since the coronavirus was declared a pandemic, according to startup exec Roger Lee, who has conducted extensive research on the topic.

The pace of layoffs seems to also have decelerated some, but job cuts among startups continue to take place.

“While startup layoffs have slowed a bit in the past two weeks, you’re not going to find anyone celebrating,” Lee said. “It’s like seeing the overall new unemployment claims decrease – yes, it’s lower, but still too many people.”

Lee, who is co-founder of Human Interest, a retirement-plan provider for small and medium-sized businesses that recently raised $40 million, analyzed and presented the data he provided to Crunchbase News. The rest of his findings can be found on the site he created called Layoffs.fyi.

As a side project (unrelated to his company), Lee began tracking the number of tech startup layoffs globally (but mostly with an eye on the United States and Canada). He told me he got the inspiration because Human Interest was fortunate to still be hiring during the COVID-19 pandemic, and has been able to find “great candidates” among those laid off.

About 85 percent of the layoffs Lee has uncovered have been reported by the media. The remainder were reported to him directly by a company executive or by at least two verified employees within the company.

There are most certainly other layoffs that have taken place that Lee has yet to learn about, it’s important to note. He’s only counting verified layoffs. Plus, he’s excluding public companies. If you do count those companies (such as Yelp, for example), his research has found that 292 “startups” have laid off 29,463 employees since March 11.

For context, as of March 31, 113 startups had laid off 9,302 employees since the coronavirus was declared a pandemic. That compared to 204 startups laying off 15,655 employees as of April 7, which reflected a 68.4 percent increase in number of employees affected.

Not surprisingly, the San Francisco Bay Area continues to account for the lion’s share of startup layoffs, now home to 41 percent of laid-off employees, up from an estimated 33 percent two weeks ago, according to Lee’s data. Examples of recent Bay Area layoffs include Houzz, Opendoor, Zume, Carta and VSCO. (Read Crunchbase News Reporter Sophia Kunthara’s recent story on a few of those layoffs here) Other hard-hit cities include New York City, Los Angeles, Boston, Miami (!) and Austin, as you can see in the chart below.

Also worth noting, the sectors that have been hardest hit continue to be those directly impacted by the shelter-in-place orders in most cities. They include food, travel, real estate, finance, transportation, retail and consumer services. In fact, Lee estimates that about two-thirds of the layoffs can be directly attributed to shelter-in-place, such as in the case of Thumbtack and TripActions (both of which we reported here, and here). The remaining third, he believes, are due to the funding environment drying up post-COVID-19.

Using Crunchbase data, Lee found that (so far) Series B and Series C startups are doing the most laying off. (Lee elaborates on this in a blog post here.)

“This is the stage where startups have proven product market fit and raised money with the express purpose of scaling growth,” he told Crunchbase News. “The coronavirus pandemic has caused an immediate and dramatic dip in revenue for many startups, especially those with transactional business models.”

Series B/C startups have the biggest need to cut headcount to reflect a lowered revenue outlook, given that their hiring plans were more concentrated toward growth than startups at other stages, Lee continued.

However, unsurprisingly, Lee also found (again using Crunchbase data) that Series D and Series E+ startups have seen the most employees laid off.  He also believes seed startups are probably being undercounted in the layoff data.

“This is probably because later-stage startups have more employees in general,” he said. Crunchbase’s Gene Teare took a look at how unicorns accounted for the highest number of layoffs in this piece from earlier this week.

Unfortunately, I’m sure we will see more startup layoffs as the pandemic continues. Our hearts go out to all those affected.

Published in Start-Ups and Tech