Consumers complaints against financial institutions have shot up during the COVID-19 pandemic.

The role of the Consumer Financial Protection Bureau (CFPB) has come under scrutiny, but as of the time of this writing, it’s still a place for consumers to log complaints against financial institutions.

And during the coronavirus pandemic, the number of financial complaints filed in the CFPB’s database is surging according to a new analysis by LendEDU.

Massive unemployment and reduced business capacities brought on by the pandemic have triggered a recession and made it tough for everyday people to meet monthly financial obligations like mortgage payments.

Financial institutions have shown a willingness to be flexible with customers, but it appears this unprecedented situation has made a mess of the relationship between consumers, financial institutions, and credit bureaus…and consumers are suffering the most as a result.

LendEDU’s analysis saw a 44% year-over-year (YOY) increase in the number of consumer finance complaints from March 13, when President Trump declared a national emergency, to July 17.

Note: If you would like a raw file of any data found below, or if you would like to see if LendEDU has more data than what was included in this report, please email me at brown@lendedu.com

The CFPB consumer complaint database gives aggrieved consumers a portal to file complaints against specific financial institutions, who are then given notice of the complaint and a window to respond.

While both the YOY and 127-day differences jump out at you right away, the percent increases in the number of complaints really exemplify just how many consumers are dealing with financial mishaps during the coronavirus pandemic.

Where Have the Increases Taken Place?

For both the YOY and prior 127-day periods, there were notable percent increases in the number of CFPB complaints in the “credit card or prepaid card,” “credit reporting, credit repair services, or other personal consumer reports,” and “money transfer, virtual currency, or money service” categories.

There was an 84% YOY increase in the number of “credit reporting, credit repair services, or other personal consumer reports” complaints, and there may be a good explanation for that.

As the coronavirus pandemic constricted budgets and depleted savings accounts, many consumers began finding it difficult to meet monthly payments. An earlier LendEDU survey found 54% of Americans were worried about making their credit card payments due to the pandemic, while 57% had the same concern over their mortgage payments.

Because of this, many financial institutions were flexible with borrowers and agreed to things like a reduced minimum payment or even a deferment period.

However, it appears that many of these agreements were never really confirmed or finalized because many consumers saw their credit scores negatively impacted for missed or insufficient payments.

Adem Selita, co-founder of The Debt Relief Company in Manhattan, saw this with many of his clients:

We have had numerous clients with erroneous markings on their credit report and negatively impacted credit scores due to the pandemic and the relief programs set in place by many banking institutions and credit card companies. I would say this is most likely occurring with about 20% to 25% of all credit reports we’ve viewed in the month of June.

Most of our clients or prospective clients have proactively called their credit card companies to let them know they will not be able to make payments and requested deferment and they were still marked as delinquent to the credit bureaus. Although, there have been instances when clients haven’t actively reached out and assumed they would be reported as current due to new federal guidelines, most of the errors in reporting actually come from instances in which the creditor was made aware of hardship and deferment.

In addition to this recurring credit reporting issue, Selita has been seeing something else with his clients that is resulting in damaged credit health.

Many consumers have seen their limit cut down to the utilized amount of credit. We’ve had a client with a $5,382 balance (prior to the pandemic the credit limit was $10,000), and as of June, the credit limit was slashed to $5,450. Essentially, this put the individual at a near 100% utilization on that particular line of credit and significantly decreased their total credit availability, so the hit to their credit score was two-fold.

This particular individual has never missed a payment and did not actually have to put any payments into deferral during the pandemic.

Selita went on to explain how another client had three separate credit card companies place his respective accounts in deferral, only to find that one marked his account 30 days late and the other two marked 60 days late.

There was also a 77% YOY increase in complaints categorized as “money transfer, virtual currency, or money service,” and Selita has had recent client experiences that could help explain this trend as well.

We have noticed a serious uptick in customers complaining about phishing scams related to Venmo & Zelle, fake text messages from banks, and calls from individuals trying to collect on debt they do not actually owe, etc.

Interestingly, there was a substantial 41% YOY decrease in the number of student loan complaints, which may be due to the Department of Education placing all federal student loans in pandemic forbearance until September 30, 2020.

With no payments required and no student loan interest accruing until that date, borrowers may have put their student loan debt on the back burner.

For starters, it was no surprise to see many of the largest percent increases pertained to credit report issues. For example, there was a 168% YOY increase for the issue “problem with a credit reporting company’s investigation into an existing problem” under the sub-product “general-purpose credit card or charge card.”

There was a 109% YOY increase for the issue “incorrect information on your report” under the sub-product “credit reporting.” And even with many student loan issues experiencing a YOY decrease in complaints, the issue “problem with a credit reporting company’s investigation into an existing problem” under the sub-product “federal student loan servicing” still saw a 104% YOY increase.

From this data and the data from the first section, the biggest consumer finance problems since the beginning of the coronavirus pandemic have pertained to credit report issues. Specifically, a lack of chemistry between consumers, financial institutions, and the credit bureaus to properly manage the added deferments and adjusted payment plans.

One particularly noteworthy trend that surfaced after taking a more granular look at the complaint data was the massive 506% YOY increase in complaints regarding the sub-product “government benefit card.”

Moreover, there was a 1790% YOY increase in complaints around the issue “problem getting a card or closing an account” under the aforementioned sub-product.

As part of the massive government stimulus package in response to the coronavirus, adult Americans making less than $99,000 received a one-time government payment of up to $1,200. Some folks received this money via check or direct deposit, while others have received debit cards.

It’s been widely reported that the distribution of these debit cards has been a mess as some consumers can’t use the cards because the wrong name is printed, while others are mistaking the inconspicuous packaging the card comes in as junk mail and tossing or shredding their one-time payment.

When it came to issues related to the product “money transfer, virtual currency, or money service,” there were consistently massive YOY increases.

There was also a 150% YOY increase for the issue “fraud or scam” under the sub-product “check cashing service.”

As reported, the coronavirus pandemic has brought with it a number of phishing scams related to money transfers, in addition to fraudulent texts and calls from scammers impersonating banks trying to collect on debts.

All data that can be found within this report derives from the Consumer Financial Protection Bureau’s (CFPB) consumer complaint database, which can be accessed here. The data for this report was pulled from that database on July 17, 2020.

LendEDU did not make any edits or corrections to the CFPB database and reported it as is. For example, if a consumer mistakenly filed a complaint under the wrong sub-product, we did not correct this mistake as there was no way of verifying its accuracy.

The percent increase calculations were completed by LendEDU with the numbers provided by the CFPB, while everything else is reported as it was pulled from the CFPB. For the final two tables, only the complaint categories that experienced the largest percent increases or decreases for both time periods analyzed were included in the tables.

This article, with additional date tables, was originally published in the LendEDU blog. 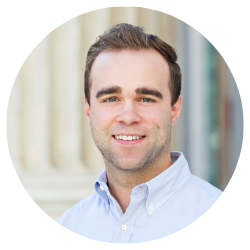 Mike Brown is a contributor to Grit Daily News. In his role as Director of Communications at LendEDU, Mike uses data, usually from surveys and publicly-available resources, to identify emerging personal finance trends and tell unique stories. Mike’s work, featured in major outlets like The Wall Street Journal and The Washington Post, provides consumers with a personal finance measuring stick and can help them make informed finance decisions.