Every energy model has three main pillars: economic stability, reliability, and environmental impact. A decade ago, renewable energy was still somewhat marked by unconvincing economic potential. Now that has all changed – and the realities of the pandemic have further accelerated this realization.

Renewable energies have already proven to be cheaper than oil, gas, or coal. This year, renewables have even surpassed coal in US energy generation for the first time in over 130 years, with COVID-19 being an important catalyst. Our whole energy structure is shifting, and renewables are seeing stronger tailwinds than ever before.

Apart from the obvious environmental benefits, could renewable energy serve to provide economic stimulus and become the driving force for pandemic recovery?

The global renewable energy market was estimated at $928 billion in 2017 and is expected to reach $1,512 billion by 2025. This figure may decrease, as renewable energy has been affected by the pandemic in the same way most industries have.

However, the sector has proven to be much better positioned to navigate uncertainties than fossil fuels. With mandatory social isolation, the energy types requiring manpower have been hit the hardest. The decline of coal was aggravated by the fact that it’s dependent on direct human operation and management – while most renewable energy facilities are set up outdoors and managed remotely.

Perhaps an even more pressing argument for the renewable cause is that we’re now seeing major players – even in the oil and gas industry – clearly reassess their priorities. Shell has announced it will be cutting investor dividends (by two-thirds) for the first time since the Second World War. And as even the top executives of oil and gas companies now openly question whether oil demand will ever return to pre-COVID levels, we are seeing their business models become less sustainable – not just environmentally, but also financially.

From the investment standpoint, traditional renewable energy projects like wind and solar farms have become so stable and commonplace in the last decade that many investors are now eager to climb aboard. Such ventures have become mature enough to attract opportunities for even larger investment, be it pension funds or other sorts of large-scale private equity projects that run over an extended period of time.

Working for a better future

Notwithstanding the pandemic, there has always been a strong case for renewables as an immense economic opportunity. Which scenario is likely to create more economic impact – fixing an old bridge until it collapses or building a new one? The US energy infrastructure is rather outdated: We generate exponentially more energy than we need because of the existing framework of giant centralized power facilities.  Right now, energy must travel over extensive transmission and distribution lines to individual households, a process that often creates significant energy loss.

Rebuilding the entire energy system to make it smarter and more efficient should be a priority. The opportunity to make it more modern, effective, and environmentally friendly could bring both an immediate stimulus and long-term benefits. Transforming America into a bulwark of clean energy is one way experts hope to revive the economy post-pandemic, while striving to meet climate targets could be a significant driver of construction jobs.

There are major updates possible downstream from energy generation as well. Imagine living in a neighborhood full of old trees, with power lines above ground. At least a few times a year, one of the trees will fall, resulting in power cuts for the entire community. Were we to modernize such structures, both individuals and the broader society could benefit from a more stable energy system. The process could generate many new projects and spark economic reactivation. Moreover, renewable energy would reduce our reliance on the aging and unstable energy grid, which is susceptible to both weather events and cyberattacks.

There is an appetite for renewable energy. Now we need policies.

In many aspects, the pandemic has turned out to be a wake-up call: It has shown us a glimpse at issues we could be facing in the future, and also given us a perspective on what we can achieve by limiting our consumption. It’s now clearer than ever that our societies should address issues before they become problems, and to do that, we need to turn to renewables to make sure we don’t revert to pre-COVID standards.

There’s an evident momentum for change, both within the consumer and the corporate camp. For example, Microsoft’s ambitious plan to offset all emissions produced by the company’s activities throughout its history shows a clear desire to balance business activities with more conscious operations, and similar projects could drive an economic renaissance in the years to come.

Mass change won’t happen overnight. To really transform the way we consume and interact with the environment, we need a policy framework that creates incentives. The tools to make change are available, so it’s mostly about revamping existing power structures and moving toward a more distributed, egalitarian, and broader model of economic inclusion.

The impacts of renewable energy could multiply, if it were to become a key part of upcoming economic stimulus packages. Pushing these changes will be a challenge. The debate on renewable energy has been highly complex and politicized. World leaders – including the UN secretary-general and European Commission president – have been calling for the exclusion of fossil fuels from the post-coronavirus economic recovery plans. Nevertheless, in the US, there seems to be less support for alternative energy sources for now. Ideally, the next stimulus package should include extensions for the clean energy tax credit that will soon be phased out, alongside novel financing measures and incentives for renewable projects.

Different groups have come together before – in nature conservation, it was those who appreciate nature, and hunters, who simply knew that without forests, there wouldn’t be any deer. Just like that, uniting across affiliations to promote the spread of renewable energy in the post-COVID world is key to achieving both environmental and economic gains. 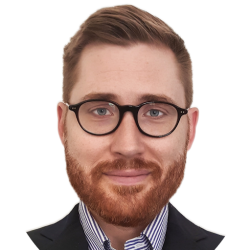 Andrew Joiner is a Grit Daily contributor and an accomplished business leader and entrepreneur. He has led EnMass Energy in forming and cultivating strong business partnerships in the realm of renewable energy. This has included entering growing markets in Asia, Africa and the US, and negotiating annual supply contracts valued up to $2.5M with the purpose of providing waste-to-energy solutions and support for new and existing projects using farm, livestock, plastics, used tires, and food waste as energy resources.