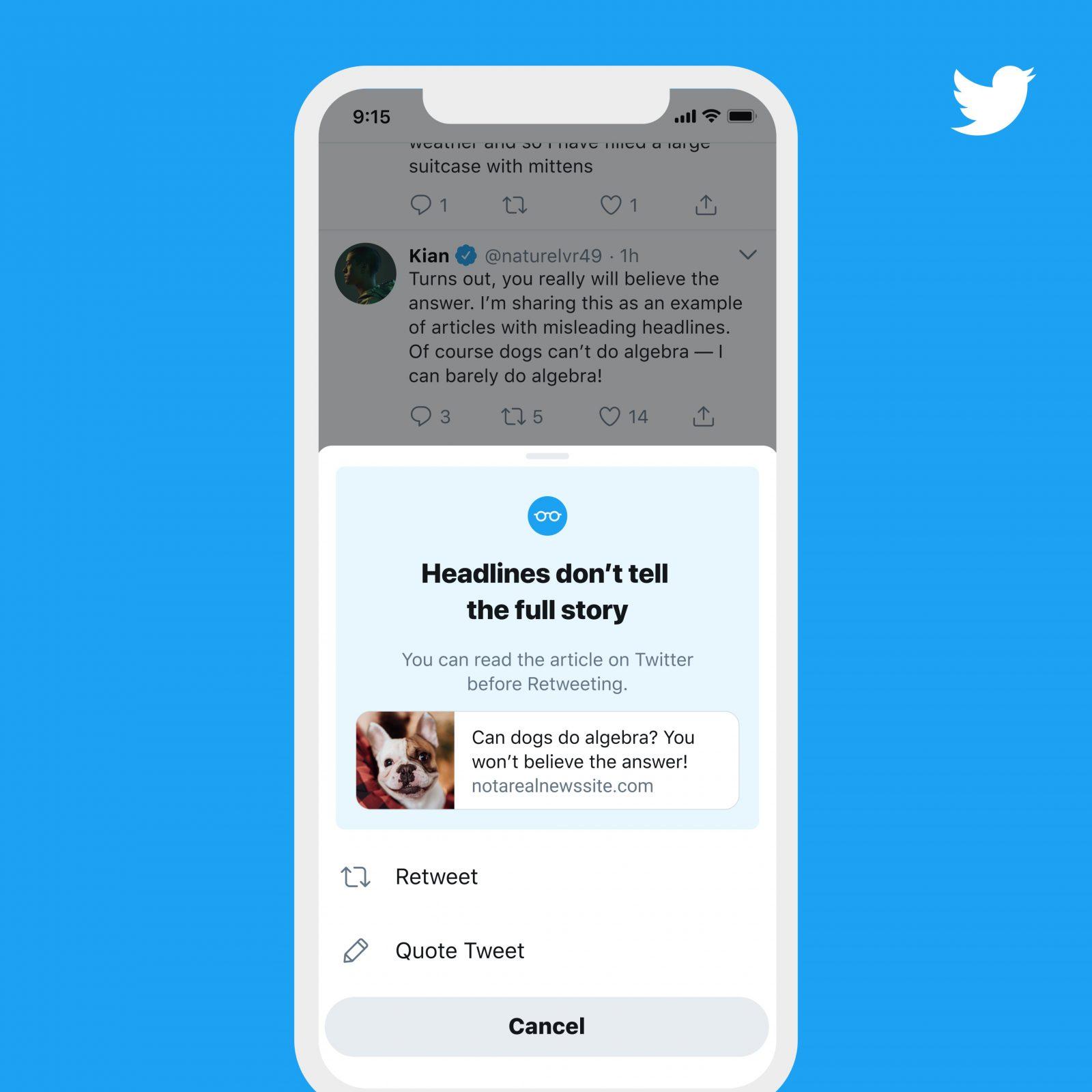 Earlier this year Twitter began testing a new feature that asks users if they’ve read an article before retweeting it. Now, the company plans to roll the feature out to all users around the globe very soon. The new feature will encourage users to read before retweeting by asking if they’ve read the article they’re reposting. The feature isn’t to make users feel guilty for having shared content they may not have opened in the past, but to encourage them to read beyond the headline as a way to diminish the spread of misinformation.

In the coming months, users will likely be met with a prompt that asks if they’ve read the story they’re sharing when they try to retweet an article. The company hopes that this will promote media literacy among users on its platform, encouraging them to read the story that they’re sharing in order to cut back on the spread of information caused by knee-jerk reactions to sensational headlines.

Twitters says that since beginning the beta testing of this new feature, the company has seen a 40 percent increase in the amount of users that open an article for the first time after being met with the prompt. It also disclosed that its seen users reading articles 33 percent more often, meaning that the prompt is helping them to be more informed before they decide to spread information. Finally, it’s also seen an increase in people that have opted not to repost the content after being met with the prompt. The company says that this is okay, as it forces people to think a bit deeper about the content they might be sharing. In many cases, users are likely able to differentiate that the content they’re sharing caused a knee-jerk reaction and that they would have not opted to share that content otherwise.

The company has been working to disseminate the spread of bad information on its platform throughout the summer and to decrease the spread of hate. It’s also recently rolled out options for users to filter the types of replies they can see in their mentions section, and given users the freedom to filter comments on their posts.

Not all of Twitter’s changes have been met with welcoming arms, though. The platform received criticism recently after it revealed that it would be letting users disable replies to posts on its platform. For politicians, the comments section is often a vital tool for users to determine whether the information they’re being presented with is trustworthy. Without comments, users are more likely to take a Tweet at face-value without a way to instantly check to see how others are responding.