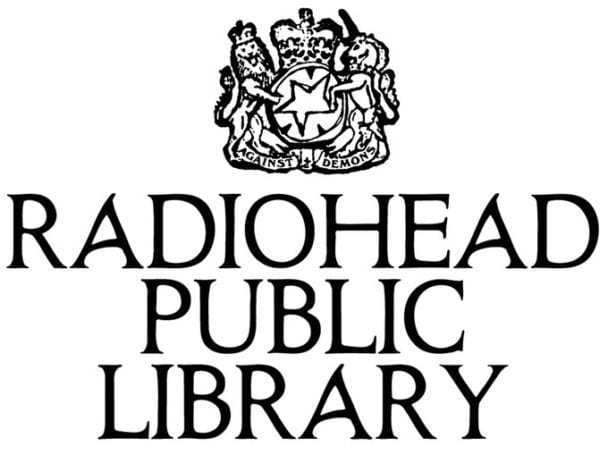 You may stop being paranoid androids, for there is now officially a Radiohead Public Library. Today, the band has released a dossier of all things Radiohead, all found in their website, Radiohead.com. It is made up of everything related to the band, from HD performances to rare songs, such as their 1992 debut EP Drill, “I Want None Of This” from the 2005 compilation Help!: A Day In The Life, and the 2011 remix EP TKOL RMX 8.

Each component of said collage is divided by era, with thumbnails linking to ad-free videos and galleries. According to a press release, after getting their own library card, fans may explore the band’s catalog, visuals, and memorabilia “in a highly curated and organized archive.”

Said archive will also include detailed artwork, music videos, B-sides, out-of-print merchandise, and playlists the members would share around recording sessions of ‘In Rainbows,’ ‘The King of Limbs’, and ‘A Moon Shaped Pool.’ Staring January 20th and ending on January 24, each band member will take turns and spend a day as the site’s librarian, curating material across Radiohead’s social media profiles. This all comes after the band uploaded their whole discography to YouTube last month. From their 1993 debut album, ‘Pablo Honey’ through 2016’s ‘A Moon Shaped Pool,’ you can also listen to Radiohead’s back catalog via their YouTube account.

There is certainty that users’ data isn’t going to be used for dark reasons. The QR code is sent to the General Data Protection Regulation site. The site also reassures users that no element of data will be stored by Radiohead. This actually correlates with a statement a press release gave:

“The internet as a whole has never been a reliable resource for detailed or even accurate information. Many sites that attempted to provide some measure of service have long since gone dark as well. The overall effect has been ‘Radiohead’ search results that yield random and/or abbreviated shards: songs and album titles unaccompanied by detailed artwork or any additional context, low quality videos preceded by advertisements and shuffled via algorithms, and so on.”

And, considering that Radiohead history has been hard to find, if that’s not enough, you may do your own research and “creep” around their twitter account to find what they wrote about the project:

“Radiohead.com has always been infuriatingly uninformative and unpredictable. We have now, predictably, made it incredibly informative. We present: the RADIOHEAD PUBLIC LIBRARY.”

As for now, it is mostly image-based, so it is some sort of a gamble in its current stage. The site also uses color codes to guide you to different merchandises. Nevertheless, there are six highlights from the band’s launched digital archive:

Unfortunately, I was a minor with an overzealous mother when the ‘Paranoid Android’ band headlined Bonnaroo. A couple of times actually: a 2006 performance that ranks among the band’s greatest concerts and in 2012, during a “celebratory post-King of Limbs victory lap,” according to Rolling Stones. Now I can witness them in the Radiohead Public Library.

A Christmastime website from December 2002. It is best known for a jovial Radiohead goofing around on the yuletide classic “Winter Wonderland.” Parts of the webcast exist in the darkest corners of YouTube. You know, the ones in poor quality. Nevertheless, the Library is home to the holiday video in amazing standards. Aside from the holiday shenanigans, the webcast also features the peculiar performance of Radiohead as they wear rubber masks resembling Richard Nixon, George W. Bush, and Saddam Hussain. As well as an “off-kilter Q&A with a voice modified Yorke.” Not weird at all.

It is a well-known fact that Radiohead has chosen its most dynamic members, Yorke and Greenwood, to take care of the promotional performances tied to each album, such as an acoustic version of “You” recorded live for MTV in 1994. Those Thom and Jonny shows have also entered the archives of Radiohead’s online library. You may also find the acoustic gig from Paris’ Le Reservoir, recorded a bit before Hail to the Thief arrival in 2003.

To calm down fans during the era of Y2K jokes, and to provide a follow-up to OK Computer, the band released 15- second morsels (also known as blips) of their then-upcoming Kid A through their website. All together, they formed the 13-minute visual of Kid A found in the Radiohead Library.

Donwood is the band’s longtime artist and collaborator. You can find his work distributed in various of the band’s projects (In Rainbows, The Universal Sigh, etc.). In a way, The Radiohead Public Library also becomes The Stanley Donwood Gallery.

The excitement of the OKNOTOK White Cassette, an extended bonus version of OK Computer, vanished when Thom Yorke’s minidisc collection was leaked online. However, for dedicated fans, the White Cassette may also be found entirely in the Library. With un-released demos such as “Attention” and “Are You With Someone?”