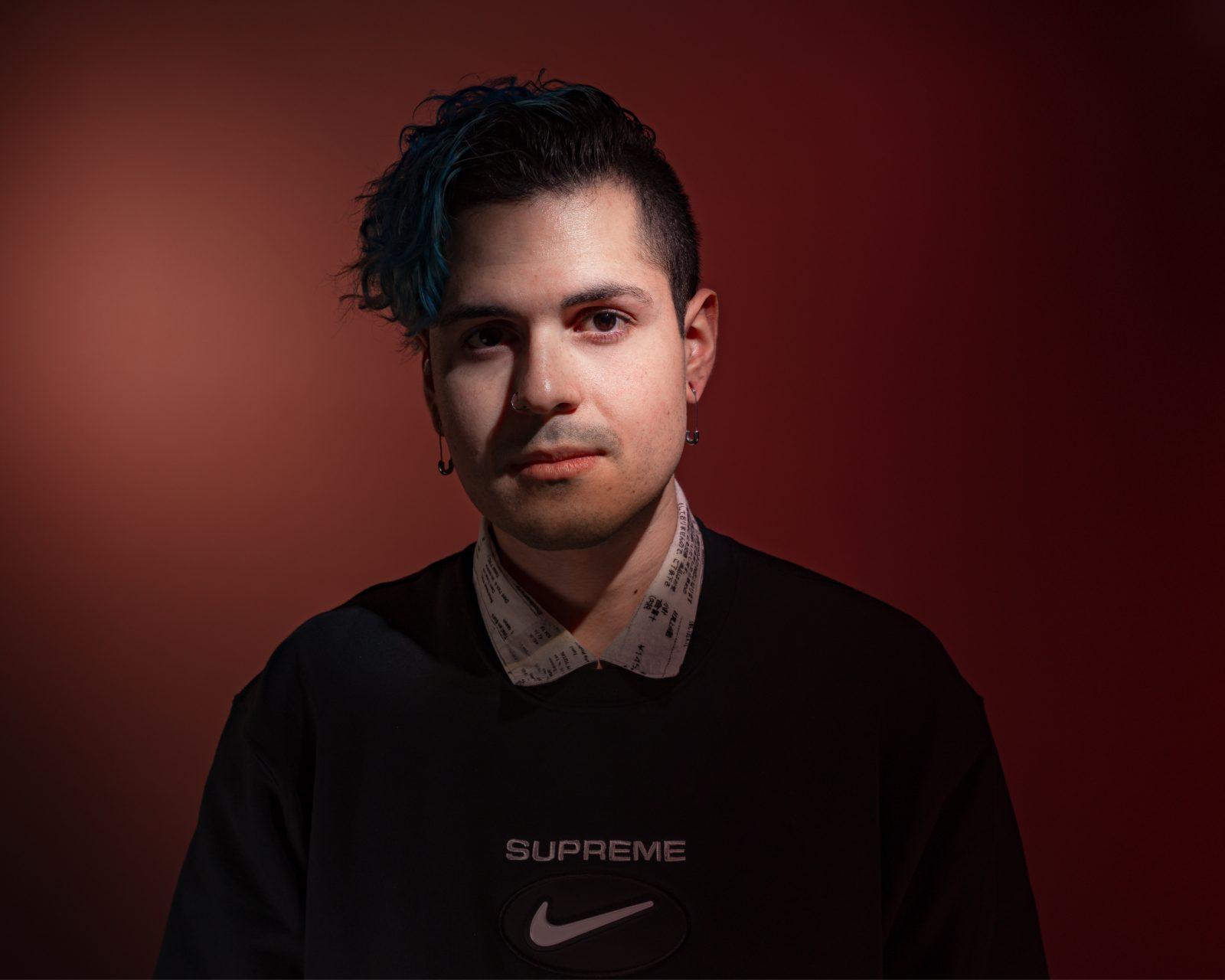 Talking with Rad Cat about Life and ‘Levitate’

We had the opportunity to sit down with the immensely talented producer, Rad Cat, after checking out his latest single, “Levitate.” This interview is a deep dive as we cover his explosion onto the scene, the difference between producing solo-work and tracks for other artists, the state of the music industry, life, and everything else; Of course, we also took a second to shake our heads and wag our fingers at Spotify.

Rad Cat’s “Levitate” is a heavy and cathartic electronic track. Armen Paul’s vocals are haunting and Rad Cat’s production is both danceable and emotional; think The Weeknd meets Illenium. This is one of Rad Cat’s darker productions, one that just so happens to speak directly to my soul and surely will do the same for many others. The bassline, drums and melodic progression are truly top-tier.

So, without any further ado, check out “Levitate” and get to know your newest favorite producer below!

Grit Daily: Thanks for sitting down to do this interview! I’m sorry to hear that this has been a difficult quarantine for you but I am very happy that you turned it into art. How has 2020 treated you otherwise?

Rad Cat: I think the quarantine situation has been difficult for a lot of us artists and creatives, but I have definitely been trying to make the best of the situation! Being stuck at home this year has helped me create a lot of new music. Whenever I’m not in front of Ableton though, I also love to watch anime. Hunter x Hunter has been my favorite one lately. I also hop on Call Of Duty Warzone with my friends whenever I have the chance.

Being stuck at home has also led me to discover a ton of new music from different artists such as Mikazuki BIGWAVE and Moe Shop. Just some very funky and unique stuff!

GD: The story about your blackbear bootleg getting an official release is an inspiring one for many aspiring musicians. What was that like?

RC: Ah yes, the unofficial blackbear remix that started it all. I believe this was around 2016. I had just gotten home from school, and I was in the mood to make a new remix so that I could drop it on SoundCloud. I wanted to try something different though, I didn’t want to go the safe route and remix some popular Top 40 chart song, so I went onto SoundCloud and did some digging in order to find a cool track from an underground artist.

bear was kind of underground at the time. I ended up stumbling upon blackbear’s song ‘idfc’ and the track really just HIT for me. I finished up remixing his song, and uploaded it to my SoundCloud. I didn’t expect for him to actually listen to the song or anything like that, I just created the remix for fun, because I genuinely enjoyed the original. bear ended up somehow hearing my edit, and he liked it enough to shoot me a DM on Twitter. Some artists get angry when you bootleg their track, but instead, he invited me to work on music for his project.

Once I began collaborating with him, I started to treat music as something that could actually be a career for me, rather than just a hobby.

GD: You seemed to skyrocket after that, producing for superstars like Kevin Gates. How did you handle that intense career trajectory?

RC: It was definitely wild to me, to just be thrusted into the music industry so quickly. I think I handled it well though! Nothing about my creative process changed, I was still just trying to make the best music that I could.

GD: What is it like working with an artist of Kevin Gate’s caliber?

RC: That whole process went pretty smoothly actually! He listened to a couple of beats that I had made, chose his favorite one, and then that’s how “Showin Up” came to life. It was a cool experience! Hip hop is one of my favorite genres, so I definitely had fun when I was making those beats for him.

GD: What is the transition into solo-work like for you? I can imagine it is both liberating and stressful.

RC: Solo work is definitely liberating in the sense that you are free to do whatever you want. You’re free to be creative and try your crazy ideas out. It’s where as an artist, you really just get to be yourself.

GD: How is producing for artists different than your solo work?

RC: Solo work is definitely a whole different game than producing music for another artist. With production for others, there’s a clear direction that they will guide you to. There’s a certain sound that they’re looking for, so all you have to do as a producer is try to achieve that vision for them.

With solo work though, there isn’t anyone telling you what sound/direction to go for, you have to figure that out for yourself. It’s both a crazy and rewarding process, and I’m excited to be doing more of my solo producing now.

GD: Could you speak on your creative process in general and what influences your work?

RC: I’d say that 90% of the time, I start songs off by finding a cool chord progression to use. A good chord progression is very important to me, as it really sets the tone for the song. Once I am able to figure out which chords I’m going to use, the rest of the song elements just kind of fall into place for me. Drums & Percussion are also VERY important to me. The drumbeat is what makes people move, so if my drums don’t absolutely slap, I will not be happy with the song.

GD: I’m also the child of two immigrants, I am very thankful for the unique outlook on life my parents have instilled in me and believe that my life would not be the same if I was born to a long lineage of Americans. How has your upbringing as a first-generation Mexican-American influenced your work?

RC: That’s awesome to hear! My parents came to the US from Mexico with nothing. They really showed me that you can achieve anything you want in life with hard work and dedication.

My dad grew up in a family of musicians, so as a child, I was exposed to a lot of traditional Mexican music, such as Banda and Corridos. Whether it was at home, at family parties, in the car, there was always some type of Mexican music playing. All of this exposure to music definitely made me want to pick up an instrument and learn how to play music myself. This led me to learn how to play the guitar, which then led me to become curious about how music is produced and made as a whole.

RC: Honestly, all of these events hold a special place in my heart. I was surrounded by friends showing their love and support at each one of these places.

If I had to pick one event though, I think CRSSD Festival was the most special event for me. CRSSD Festival was my first time ever performing, and it was on the big main stage as well. To go from never performing a single show in my life, to suddenly being thrown onto a mainstage, especially in my hometown of San Diego, was honestly insane to me, and something that I’ll forever be grateful for.

GD: The industry is struggling right now as live performances have been put on hold due to COVID-19. How has this affected you personally?

RC: Going to events, having fun and vibing to music with my friends was definitely something that I loved to do. So with live events being on hold, it’s been a tough adjustment. However, the current crisis has given me time to be at home and spend more time with my family. It’s also given me the time to create a bunch of new music and learn a ton of new music production techniques, so I’m taking it all in stride, one day at a time.

GD: Your new works “Levitate” and “Diamond” are a departure from your typical sound. Unfortunately, heartbreak is a tragically good source for powerful art. Do you think that your creative output was also influenced by the lockdowns and the current state of the world?

RC: Yes, “Levitate” and “Diamond” are definitely both departures from my usual bubbly sound! When I made those tracks, I was going through the final stages of a break up. I was finally getting over something, but the dark mood was still there, and I channeled that energy into my studio work.
Funny enough though, the quarantine situation has actually made me want to create happier music. This year has had a dark vibe to it, and I’m just kind of tired of the gloominess of it all.

“Levitate” and “Diamond” are like the finale of this dark music chapter in my music career. Moving forward, I’ll mainly be making the OG rad cat happy/bubbly four on the floor music like I used to. I just want to create fun music again! But I’m definitely glad I got to explore these moodier productions, its expanded my spectrum of sounds.

GD: What are your thoughts on Spotify’s new promotional offerings which trade boosting song placement for a reduction in per-play-payout? How do you feel about Spotifty CEO Daniel Elk’s view of the music business, specifically the thought that artists need to pump out music in order to maintain a liveable lifestyle?

RC: I honestly think it’s ridiculous. Spotify’s payouts per stream are already pretty low to begin with, so for them to offer a boost in exchange for even LOWER pay rates is blatantly disrespectful to all artists that use their platform. Artists shouldn’t need to pump out music in order to maintain a liveable lifestyle. Artists deserve to be paid FAIRLY for their streams. Spotify makes huge profits, while many of the artists on the platform are left to starve. I think Elk needs to realize that Spotify wouldn’t be anywhere without the artists on the platform.

GD: Have you seen the new live stream platform Bandcamp just launched? What are your thoughts on that?

RC: I think what they’re doing with that is really cool. They have given artists a way to perform virtual events and make some money from it. I see this being something that will stick around post COVID-19 as well.

GD: What is next for Rad Cat?

RC: A return to my OG Rad Cat sound for sure!! More happy, fun, and cute music! I’ve been working on a lot of that, so I am excited to put all of that out into the world. Also, assuming we have the pandemic under control, maybe play some shows across the states? Who knows. What I do know is that we are entering a new chapter, and I’m so excited for everyone to be a part of it.