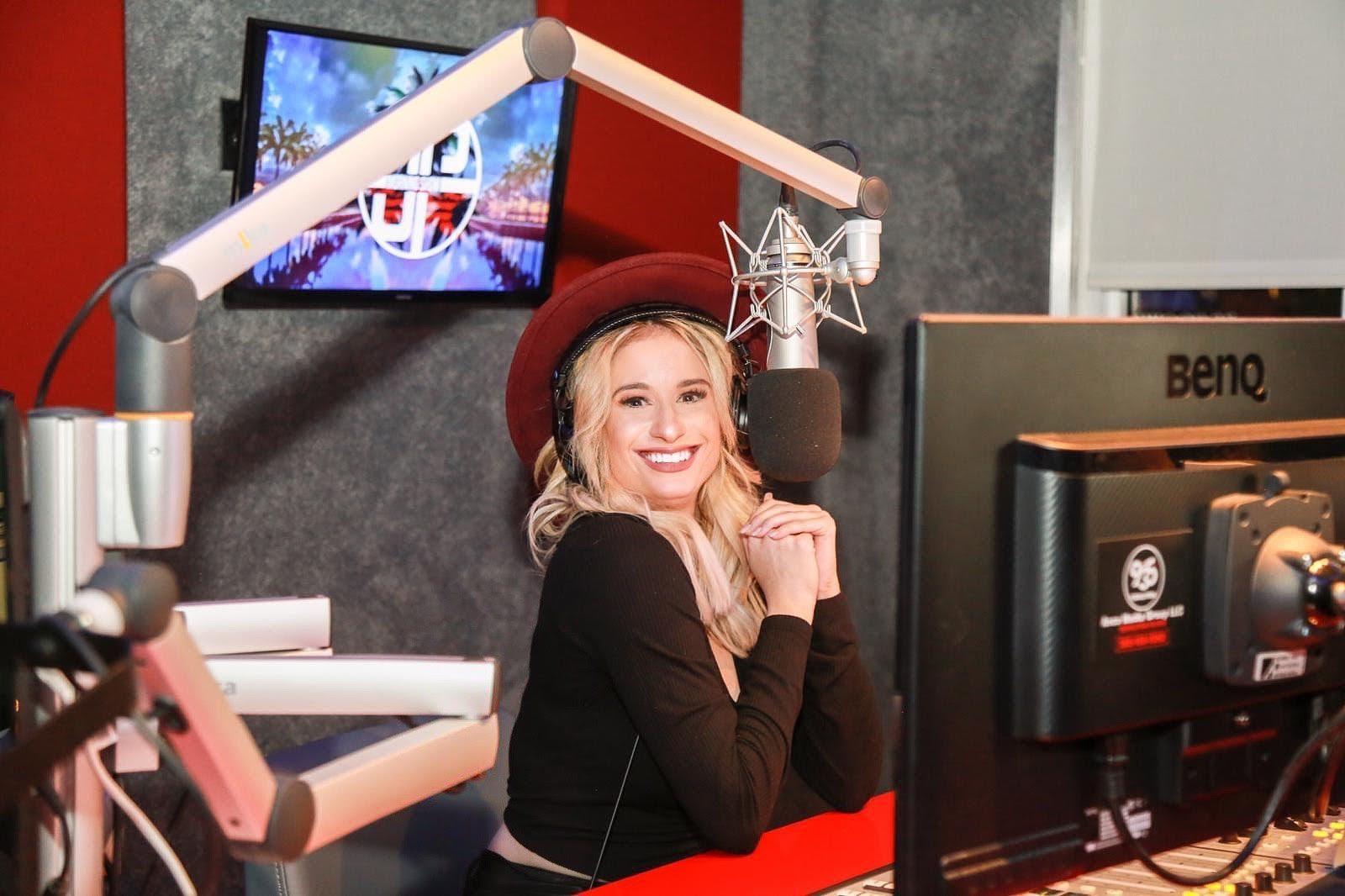 Miami 93.5FM’s Racquel Goldy Dishes on the “Sunny Side” of Music, Spinning, and Martin Garrix Latest

The Adventures of Racquel Goldy reveals that life as a radio host is never short of excitement. We sat down with Goldy to discuss everything from the South Florida music scene to how she connects with fans. Here is what Racquel Goldy had to say:

Grit Daily: You had your own adventures before you joined the team at 93.5FM. Share those.

Racquel Goldy: I’ve definitely had my own set of adventures before I joined Revolution 93.5 FM as their afternoon drive. I was the In-Arena Host/Digital Host for the Florida Panthers NHL team/BB&T Center. Believe me when I say there is nothing like talking in front of 18,000 people a night and rolling with the punches of live entertainment. Also, walking on ice in heels is not as easy as it looks!  I also worked as the country music correspondent for the online music publication Stage Right Secrets. Country artists sure can party and are some of the nicest people you will ever encounter! I’ve had some of the best experiences covering country music festivals all over the country because of their southern hospitality which is instilled in them from a young age.

GD: And what’s your role at Eye On South Florida?

RG: Eye On South Florida is an independent media/news company that is inspired by South Florida events! We cover everything from celebrity charity events to major grand openings that will impact South Florida in a positive way. I’m lucky enough to be on their roster as one of their digital hosts. Being involved in the community I grew up in is really important to me and this allows me to do so. I recently covered a gala where I interviewed Montel Williams along with Debbie Hixon whose husband Chris Hixon was killed in the Parkland Stoneman Douglas Massacre. Her house was being made over on Montel’s show “Military Makeover.” Being a Stoneman Douglas Alum and being able to hear her story and see her tears of joy puts life into perspective and that is why I do what I do.

The Board Is My Friend

GD: All those buttons, switches and records on a soundboard look so intimidating. For the mere pedestrians among us: How do you sort all that out?

RG: I went to school for Multimedia Journalism so I definitely had the upper hand when it came to getting back in the radio game. I will say though, that I was so afraid of the board going into this job and have definitely made my fair share of mistakes when it comes to producing because it’s not easy. You have to be a great multitasker but it’s all about being comfortable. I still tell myself everyday “the board is my friend” and repeat this about three times a day! For me, I really only have to worry about a couple of different buttons. The mic being on or off is most important because if you go live and shouldn’t be everyone can hear what’s going on in the studio and that is most definitely not good!

GD: What is your approach to connecting with your fans?

RG: I don’t try to be something I’m not. I always say I’m the station unicorn spreading glitter and happiness throughout the day and that’s what I portray to my listeners. As for “fans” on social media, it’s kind of the same thing. I’m very honest and am lucky to have a good amount of girls who want to follow in my footsteps follow me. I tell them how it is. Being in the entertainment industry is not for the faint of heart. If you follow or listen to me I guarantee you will hear me fangirl about an artist at some point because that’s just me and I’m so not ashamed of it. You have to be a fan of the industry you work in or else it doesn’t come across as organic.

Say It With A Smile

GD: And do they know when you’re smiling? If so, how?

RG: You can 10000000% tell when I’m smiling. You can hear it in my voice and I really am smiling. For me, if I’m not smiling and excited when I’m talking  it just falls completely flat and that’s when you lose the listener. I also come from being on camera so it’s kind of ingrained in my brain to smile when I talk which isn’t a bad thing. I always take a couple of deep breaths before my show and I remind myself how grateful I am for being able to do what I love and it kind of all just gets going from there!

GD: Active on the interview circuit, which are a few of your latest artist interviews that fans should check out?

RG: So, when I got my job at Revolution 93.5 in October of 2019 I made a list of all the DJs and producers I wanted to kind of manifest an interview, one of those being Martin Garrix. I was lucky enough to interview him on Super Bowl weekend and a second time at Daer Day Club along with our Midday On-Air Personality, Natasha Salehi, we ended up getting an exclusive from him that went viral and ended up in Billboard. It was the most insane thing to happen in my career thus far! I would definitely check out that interview as well as one I just did with Frank Walker the other day via Skype which was different but fun and my interview with LA Dj duo BRKLYN. Their vibe and mine combined will definitely make you smile and definitely laugh! All interviews are on our Revolution 93.5 YouTube Channel.

RG: Miami is just as crazy as Vegas but it doesn’t have to be the most wild night of your life if you don’t want it to be. There’s so many different areas within Miami so you can most definitely have the night out you want. There’s also a massive pool party industry in Miami that you should take advantage of and a lot of time local Dj’s are playing that are just as good and sometimes better than household names. Don’t be afraid of Miami. The city really is special and has so much history!