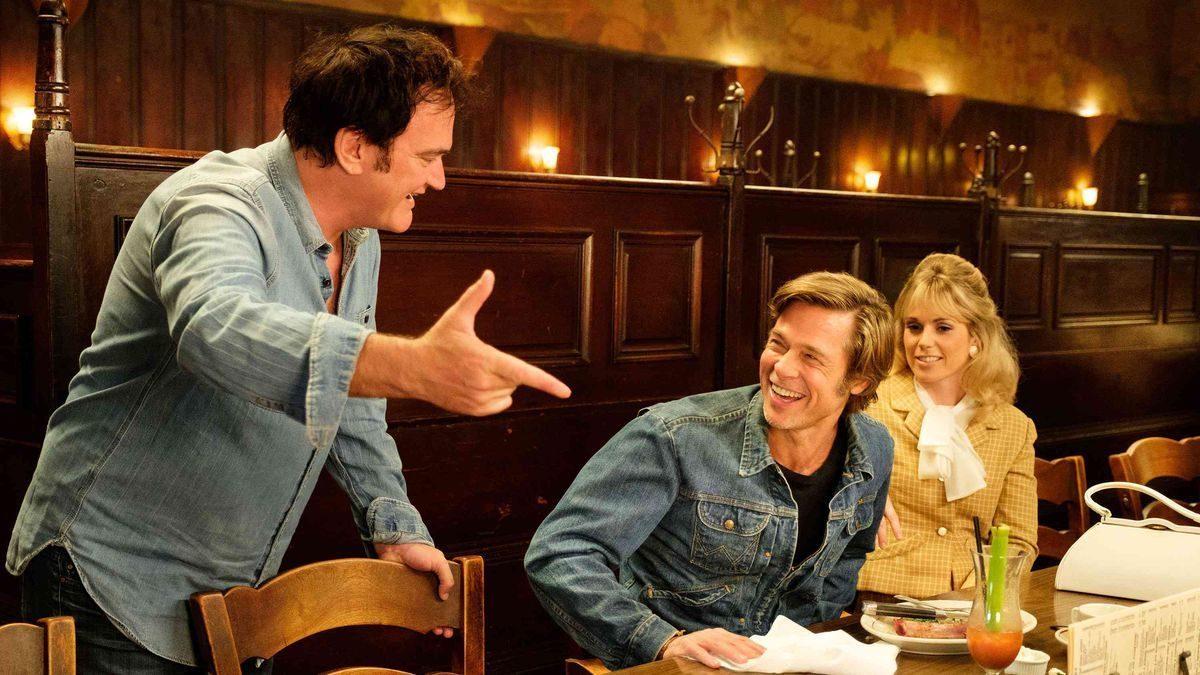 The future of Star Trek remains unclear. One thing is (almost) for certain, though: we won’t see Quentin Tarantino’s R-rated Trek movie. Last summer, the filmmaker started working on an idea he had for a sequel with producer J.J. Abrams and screenwriter Mark L. Smith (The Revenant). The idea for QT’s Trek was based a classic old episode he wanted to accomplish with some R-rated fun. The project quickly gained momentum and excitement, but slowly, Tarantino lost interest.

A month ago, Tarantino said he was “steering away” from the project without giving an exact reason why. Now, Tarantino has confirmed he doesn’t think he’ll direct the movie anymore (Source: Independent):

I think they might make that movie, but I just don’t think I’m going to direct it. It’s a good idea. They should definitely do it and I’ll be happy to come in and give them some notes on the first rough cut.

No reason was given why, but there’s no question Tarantino will continue to be asked about his Star Trek vision again and again in the future. It’s such a wild idea — the thought of a Tarantino and Trek crossover. It probably would’ve been magical, but then again, it’s probably for the best if Tarantino ends his career the way he started it with original stories. That is, at the end of the day, what we love about Tarantino.

The History of Tarantino’s Trek

I get annoyed at Simon Pegg. He doesn’t know anything about what’s going on and he keeps making all these comments as if he knows about stuff. One of the comments he said, he’s like “Well, look, it’s not going to be Pulp Fiction in space.” Yes, it is! [laughs hard]. If I do it, that’s exactly what it’ll be. It’ll be Pulp Fiction in space. That Pulp Fiction-y aspect, when I read the script, I felt, I have never read a science fiction movie that has this sh*t in it, ever. There’s no science fiction movie that has this in it. And they said, I know, that’s why we want to make it. It’s, at the very least, unique in that regard.

Abrams was particularly fond of the idea. After hearing Tarantino’s pitch, he was fully onboard with the R-rating and all. Tarantino added at the time:

“As long as Paramount likes the idea and the script they almost got nothing to lose right now when it comes to StarTrek. Deadpool showed that you can rethink these things, do them in a different way. So really, even before JJ knew what the idea was, his feeling was, if it wants to be an R rating, fine. If it wants to be the Wild Bunch in space, fine.”

Looking more likely to happen at Paramount is Noah Hawley’s Star Trek. The Fargo and Legion showrunner was recently hired to write and direct a reboot with a whole new cast, leaving Chris Pine, Zachary Quinto, and Zoe Saldana in the dust. Hawley is doing away with Abrams’ very charming cast. In a recent interview, he said:

“To call it Star Trek 4 is kind of a misnomer. I have my own take on the franchise as a life-long fan. It’s early days. I don’t know [if old cast members will return]. But new characters often involve new cast.”

Then again, there’s been so much back-and-forth from Paramount on the Trek franchise, who knows where exactly they’ll go next with the series?