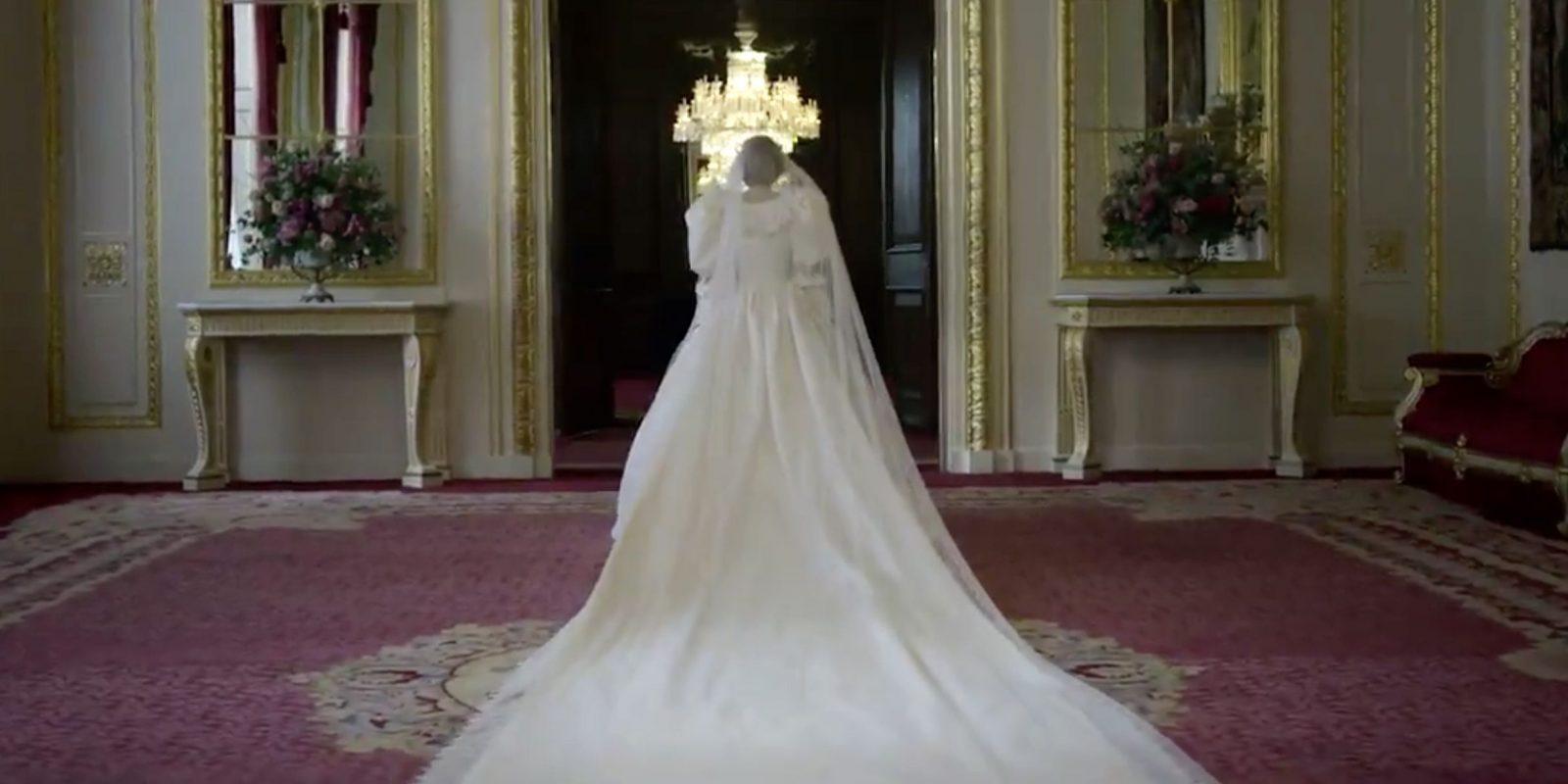 By Katherine Stinson ON December 3, 2020

Trigger Warning: This episode of The Crown contains features scenes displaying Princess Diana and her struggle with bulimia, which are mentioned in this recap/review. Please proceed with caution.

The third episode of The Crown is my favorite so far. “Fairytale,” explores Charles and Diana’s nonexistent relationship between Charles’s non-romantic proposal up until their wedding. (The shot of Diana in her iconic wedding dress, back turned to the camera while walking towards her destiny was a great ending shot.)

Yes, her wedding dress was princess perfect, but goodness gracious. Poor Diana realized she was a lamb for the slaughter when Charles said, “Whatever “in love means,” for a televised interview.

It’s painfully obvious that Charles only proposed to Diana because he was supposed to propose to Diana. He says at the beginning of the episode that he didn’t get down on one knee because the only person he’s supposed to bow to is mummy the Queen. I haven’t really talked about Josh O’Conner a lot but he plays Prince Charles in such a frustrating manner (which makes it a great performance). Here’s a man who can be better, but he doesn’t want to be. Of course it must be daunting being the heir to the throne of a country and balancing duty and what the heart wants.

But dear lord. Charles had DIANA.

She would’ve loved him till the end of time, or at least she wanted the opportunity to try. But Charles is still in love with Camilla. I am not a fan of pitting two women against each other. This is really all on Charles wanting his royal cake and eating it too.

He stupidly suggests that Diana should meet up with Camilla for lunch as he departs for some solo six week post engagement interview jaunt.

Charles continues to say the stupidest things, and tells Diana that Camilla is great fun.

There’s two Dianas battling it out in this episode. The first Dianas joy at her royal proposal is quickly squashed by her sheer loneliness at Buckingham Palace. Sure her royal rooms are far larger than the entire flat she shared with her friends, but Diana is a fish out of water without her friends to save her from drowning.

Isolated, waiting on Charles to reach out, and thrown into strict princess lessons, Diana struggles with bulimia. It is tough to watch her struggling, spiraling downward and it’s like nobody notices or cares. Everyone keeps telling her how happy she should be, so why doesn’t Diana feel happy? Food is really the only thing she can control. The show appeared to handle this issue well, but could still be triggering for those struggling with eating disorders.

Meanwhile Diana keeps receiving stacks of letters from the public, who absolutely adore her. In a way, Diana picking up a pen and royal stationary to write back is her first step at attempting to regain control of her life (Diana did actually write kind letters back to fans). This is where the second Diana begins her ascent. This Diana is still scared, still lonely and still sad, but she’s starting to get angry now too.

This was evident during her lunch with Camilla (Emerald Fennel). It starts out somewhat normal, and Camilla seems genuinely happy for Diana and the Prince of Wales (she never refers to him as Charles). But as they begin to eat, Camilla becomes incredibly patronizing. Diana didn’t know that the Prince of Wales always has a soft-boiled egg with a meal? Diana didn’t know that he doesn’t eat lunch?

“You don’t know anything do you?” Camilla asks Diana. The way Fennel plays Camilla is interesting, as well. She’s very confident and you can see why Charles likes her. At the same time, her attempts to appear nice to Diana lack true kindness. Camilla tells Diana that she’ll give her a lesson in all things Fred, revealing that that’s Camilla’s nickname for Diana’s fiancé (Charles apparently calls Camilla Gladys, which will be important later).

Diana starts to attempt to one-up Camilla in her knowledge of Charles, and it’s a rare display of competitiveness in the soft-spoken soon-to-be princess. Fun Fact: Diana and Camilla did actually get along before Diana found out about Camilla’s affair with Charles.

It is a fact that Camilla and Diana met up for lunch. However, the restaurant name Menage a’ Trois is simply fictional. What’s great to see in the lunch scene is the Diana that starts to fight for herself.

Later on Diana discovers a gift Charles—or rather Fred—had made for his Gladys. Not the best thing to discover about your fiancé before your wedding. Diana demands to see the Queen, feeling as if the wedding could not possibly go on. But it’s far too late for that. The “happily ever after” has already been written in permanent ink for the public. Diana is helpless to erase it.

Charles had sworn to Diana that it was over between him and Camilla at their wedding rehearsal. Princess Margaret sees from miles away what’s going on. She asks Elizabeth when the family is ever going to learn from their mistakes in forcing people to marry someone they don’t love.

Margaret is of course, referring to her own past doomed love for Group Captain Peter Townsend. She was forced to choose between her title and rights of succession or marriage to Townsend because he was a divorcee. Margaret chose duty over love.

Elizabeth tells Charles a thinly veiled historical story about another royal couple that grew to love each other over time. Charles listens as fireworks pop in the distance, looking as if it’s the night before he’s marched off to his doom.

The episode wisely ends with Princess Diana in her iconic wedding dress walking towards her destiny. She is so young, battling so many demons, and desperate to be loved. It is impossible not to feel sympathy for her as she begins her “happily ever after” of a nightmare.