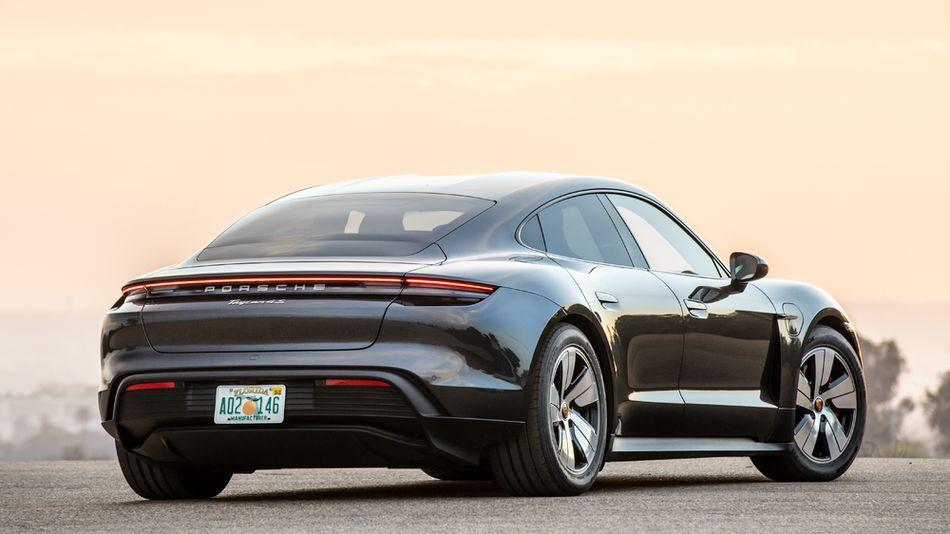 Meet the Porsche Taycan. The German automaker is making company history with a new and more affordable electric sports car. The new cars name is simply “Taycan.” The Electric Taycan will come out this year, starting at the price of $79,900.

Porsche has produced Taycan cars in the past, such as the Tacyan 4S. It retailed at $103,000. As for the Taycan Turbo and ‎Turbo S, those retailed at $150,000 and $185,000. The new electric Taycan, however, retails at only a few thousand dollars more than perhaps the most famous electric car in the world, the Tesla Model S, which was $70,000.

The electric Taycan is a slightly more stripped down car compared to the Taycan Turbo and Turbo S. For starters, it’s 200 pounds lighter. The silent car features a standard battery with 79.2 kWh capacity, plus a rear motor and goes from 0 to 60 mph in 5.1 seconds. Its top speed is 143 mph. How long the new electric Porsche can last on the road is unconfirmed, though. In the past, other Taycan models’ batteries could last 200 miles. Higher performance battery configurations are available, though, and can be added to the upcoming Taycan for $5,780. Meaning, the battery and car will last longer.

Aesthetically, the new Taycan isn’t vastly different from the Taycan Turbo or Turbo S. It is, however, a little taller. The car is now available to preorder. The official release date is unknown, but the new Porsche Taycan is hitting the streets this spring. “The soul has many facets, but no fixed shape,” the ad for the car reads. “It is variable, constantly in motion – and reveals itself in a variety of ways. By a smile that expresses total delight: when viewing the Porsche Taycan. Or by goosebumps all over your body, triggered by the 1.2 g standing start performance of the Taycan Turbo S.”

Porsche’s brand is all about the “soul” of its vehicles. The Taycan’s soul consists of two engines. “The interaction of the drive components results in impressive performance figures, both technically and emotionally: its two engines accelerate the Taycan Turbo S from 0-60mph in 2.6 seconds with up to 750 hp overboost power with Launch Control,” according to the car company. “Allowing you to experience a standing start performance on a par with that of a super sports car such as the 918 Spyder — that can be repeatedly reproduced: consecutive acceleration is possible, up to a top track speed of 161 MPH.”

Porsche could promote the car in the upcoming Super Bowl, which is the most-watched television event of the year. Last year, the company paid a hefty price to air an unforgettable advertisement set at the Porsche Museum in Stuttgart, Germany, following security guards taking their new electric Taycan out for a spin. The ad highlighted the beautiful car’s quietness and speed. That electric car, however, was $25,000 more than the new Porsche Taycan. It took less than a year for the company to top their previous electric car with more affordable vehicles that comes with all the lavishness and status of the brand name.

Published in innovation and Tech