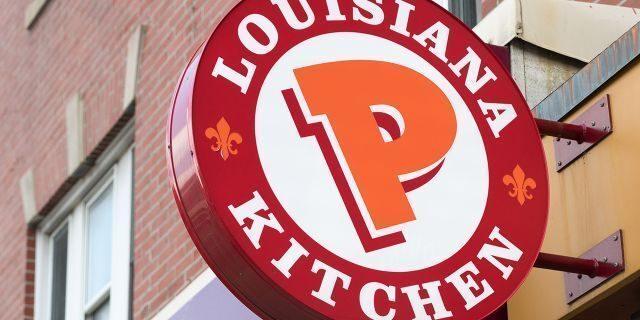 Nine fractures. Six cracked ribs. A broken knee. Oh and a surgery. Instead of the refund the 55-year-old Popeyes customer, Debra Staggs came back in for after discovering she was overcharged for an earlier order, she took home quite a lot of injuries and a pricey hospital bill from the Popeyes Louisiana Chicken restaurant.

The 29-year-old Popeyes employee, Deriance Ra’Shaiel Hughes, was arrested and charged with aggravated assault after a cell-phone recorded video circulated on social media showing Staggs being thrown to the ground outside the Tennessee store after an altercation. On the audio, the man can then be heard screaming repeatedly as he stands over her while Staggs moans.

According to Columbia police, there are conflicting accounts of what led to the alleged attack in the aftermath of the incident:

Staggs, by and through counsel, Rocky McElhaney, said his 55-year-old client had gone to Popeyes last Tuesday to receive a refund after she had discovered she had been charged twice for an earlier order.

“When she got there, she was treated with hostility and anger from the manager,” McElhaney told the Nashville Tennessean. “There were words back and forth.”

But, the husband of a Popeye’s employee had something different to say. In a statement to WSMV-TV, the husband of the employee indicated that the woman in question was the aggressive one and referred to Hughes by using the “n-word.”

While Staggs denies using such a slur, McElhaney was unsure of whether his client used the racial slur:

“My client was called ‘an ugly broke-down cracker’,” he responded in his statement to the Tennessean. “If she said something she should not have said in retaliation and the heat of the moment, we do not condone that and she regrets that, but it does not give someone the right to break somebody’s body almost in half.”

On Saturday, McElhaney shared that his client has undergone two surgeries and will require months of rehabilitation. He declined to name the woman until police identify her, but provided a photograph of her in the hospital and this account of what the woman said occurred:

“[His client] had eaten at Popeye’s on Sunday, paying $13.11 for a meal of corn, biscuits, chicken tenders and apple pies. When she returned home, she noticed she had been billed twice. She called the manager, who told her to come back to the restaurant with documentation in order to get a refund,” McElhaney said.

McElhaney said that after his client was assaulted, as employees and others milled about in the parking lot, “nobody helped her. Nobody. Finally someone called an ambulance.”

WARNING: The video below is extremely violent and graphic

A man faces a felony aggravated assault charge following the circulation of a video showing a woman being body slammed to the ground outside a Popeyes in Columbia, Tennessee.

This incident is yet another instance of potential branding gone wrong after the restaurant chain sold out of its highly-coveted chicken sandwich, only to announce last week its return. with …or just crazy ass Popeyes customers. Earlier this month, a fan was fatally stabbed in Maryland after an escalated altercation over the highly-populated chicken sandwich.

Back in September, a group of armed individuals rushed a Houston restaurant location after being told the chicken sandwich was sold out.