Andrea Iervolino began making movies as a teenager. Unabashed and fearless, he emphasizes that his first foray as an entrepreneur was as a tech founder. At that age, the rest of us mere mortals were considering paper routes or babysitting. He launched a website development company at age 13. Prophetically, he named it, “We Are […]

Andrea Iervolino began making movies as a teenager. Unabashed and fearless, he emphasizes that his first foray as an entrepreneur was as a tech founder. At that age, the rest of us mere mortals were considering paper routes or babysitting. He launched a website development company at age 13. Prophetically, he named it, “We Are The Future.” Perhaps it was a premonition of the path his career was going to take.

As a teen, he embraced filmmaking. More specifically, he made his debut in digital filmmaking. He began making movies at age 15 when digital media was an oddity. Iervolino was pedantically shoed away by many movie producers. They didn’t see his vision and defended the artform of traditional film. Who knew? Iervolino was, once again, ahead of his time – a theme that continues to echo in his life.

“Until I turned 18,” he mused, “I had only made digital films. Today, nobody does film anymore. At that time, digital was real innovation in movie production. I only produced Italian movies until I turned 23. Then I decided to begin doing international movies. My mother was born in Canada so I opened an office there.”

Ahead of his time

Crafting live action and animated movies is his hallmark. Italy celebrates him. His fame has grown quickly and connects him with acclaimed actors like Al Pacino, James Franco, Johnny Depp, Antonio Banderas, and many others. His vision of helping others rise is part of his ethos. And it has been since an early age. “Cinema School,” he said, was something that “we invented in Italy. Students watched movies in the morning. Then, the students went on stage to share why they were motivated to be there.” As a next step, students were invited to become extras or writers.

Today, his social media platform, TaTaTu, rewards members with points for their social posts. Platform members receive rewards for being entertained. That’s right. Up-and-coming actors, filmmakers, and other creatives stream their content on the platform. Members receive points each time they like, comment, or share a post about what they viewed. Members receive reward points proportional to the number of followers they have. Points can be used to purchase cool stuff – like scooters – without ever entering a credit card. In Iervolino’s world, everyone wins.

Iervolino continues to disrupt social media and entertainment. He’s not only giving unknown actors and filmmakers a stage, he’s also vehemently protecting data privacy. He said, “In 2018, I realized that most young people (87%) are aware that they are being exploited in exchange for ‘free’ access to social media platforms. They understand that they are the real product when something is free.” That realization inspired him to combine the things that he was passionate about. These passions include: helping young artists learn and gain traction; protecting data privacy; and bringing the future to the present.

Be positive in life, believe in what you do, and work hard to make things happen. Follow the light!

“TaTaTu is real world advertising on demand. Get points to watch a movie interrupted by advertising.” When Grit Daily probed on data privacy, Iervolino was emphatic, “Our company is based in Italy which has very strong laws around data protection, including GDPR. We are highly restricted. If there’s one safe place on the internet for your data, it’s our app. We are creating a movement, changing the world of the internet so that we can live in a world that is more fair than the one we are living in now.” 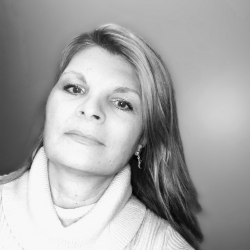