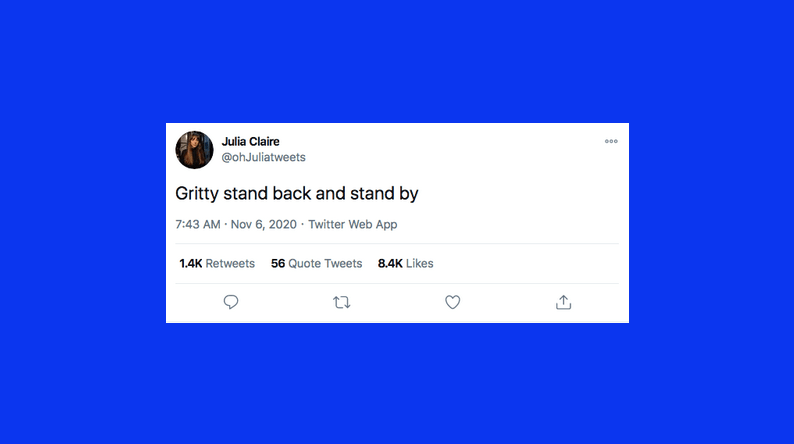 Philadelphia Residents are Dancing In the Streets

Pennsylvania turned blue early this morning as more mail-in and absentee ballots were counted, signaling a clear path to victory for former Vice President Biden. Of the hundreds of thousands of outstanding mail-in and absentee ballots in Pennsylvania by Thursday, a disproportional amount were from counties in Philadelphia and Pittsburgh. In response, thousands of Philadelphia residents have been dancing in the streets for the last 24 hours.

A problem with ballots in Pittsburgh caused a delay in reporting over the last 24 hours that shut down counting in Allegheny county. Of the ballots that were counted in Pennsylvania in the last day, a majority of them came from the metro Philadelphia area and its surrounding suburbs, which represented a massive favor for Biden in one of the tightest Presidential races in recent history.

What started as two dueling protests—one from Trump supporters to stop the vote count, and another from Biden supporters to count every vote—quickly became a dance party when a DJ showed up in the mid-morning. As the “stop the count” rally gained traction across the street, “count every vote” protesters played music to drown out the press coverage.

Later in the day the celebration gained traction. People showed up to support mail-in ballots and the democratic process by wearing mail box costumes and leading a dance to celebrate the ballots that were being counted.

Philly Elmo even made an appearance throughout the day. In this video he can be seen dancing in protest to the killing of Walter Wallace Jr., a Black man that was shot by police in October.

And here he is again playing the drums in support of the “count every vote” protest.

But at heart it was all very, very Philadelphia.

Elmo wasn’t the only mascot seen in Philadelphia in the last day. Last night Gritty, the Philadelphia Flyers mascot, showed up to party in celebration of the election results as it was projected that Pennsylvania would flip blue at any moment.

The whole thing was a diverse and multi-cultural event.

By the morning Pennsylvania had turned blue, though thousands of outstanding votes in the Philadelphia and Pittsburgh areas have yet to determine the final results of the Presidential Election in Pennsylvania, a key battleground state that could determine the presidency. Philadelphia residents took to the streets to celebrate the blue flip in the early morning.

Fancams are even showing up on social media to show admiration for Philadelphia residents.

Not all of us can be in Philadelphia to dance in the streets as we await the results of the 2020 Presidential Election, but we can enjoy this painting.