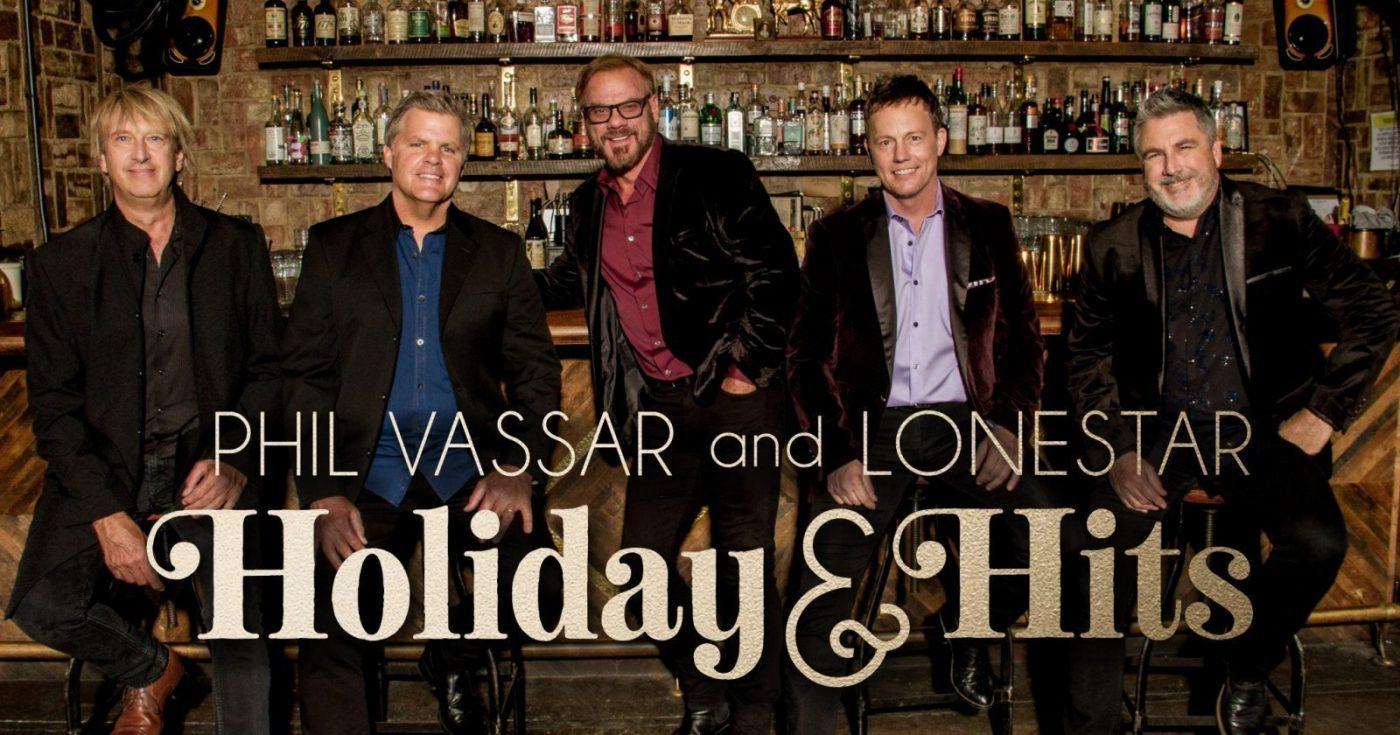 NASHVILLE, Tenn. – Just a year after country music powerhouse duo, Phil Vassar and Lonestar announced their first annual “The Not So Silent Night Tour,” the duo returns following fans’ overwhelming demand, announcing that they will be co-headlining a Christmas tour for the second year—the ‘Holiday & Hits’ tour. The 13-city tour will kick off the first week of December and take the country hitmakers coast to coast (full list of dates available below). Tickets go on sale Friday, September 13 at PhilVassar.com and LonestarNow.com.

Throughout each show, audiences will have the chance to hear Christmas standards as well as the artists’ hits, including their original Christmas single “Not So Silent Night.”  Prior to this years’ tour, Vassar and Lonestar will re-record their single with the help of some friends, donating all the proceeds to the Salvation Army.

Lonestar, comprised of Richie McDonald, Michael Britt, Keech Rainwater and Dean Sams, released their first Christmas album, This Christmas Time, in 2000. The ACM and CMA award-winning group recorded 11 songs for the Dan Huff produced project, which featured new material such as the title track co-written by Sams and the touching “Reason For The Season” co-written by McDonald.

Vassar, who has headlined Christmas tours since 2009, released his first Christmas album, Noel, in 2011. The ten-track collection, co-produced by Vassar and Dane Bryant, showcases four of the ACM award-winning and ASCAP Songwriter of the Year’s original songs, including the humorous “Santa’s Gone Hollywood” and “Big Ol’ Texas Christmas,” a duet with Asleep at the Wheel’s Ray Benson. Previously, Vassar and Kellie Pickler headlined a sold-out holiday tour.